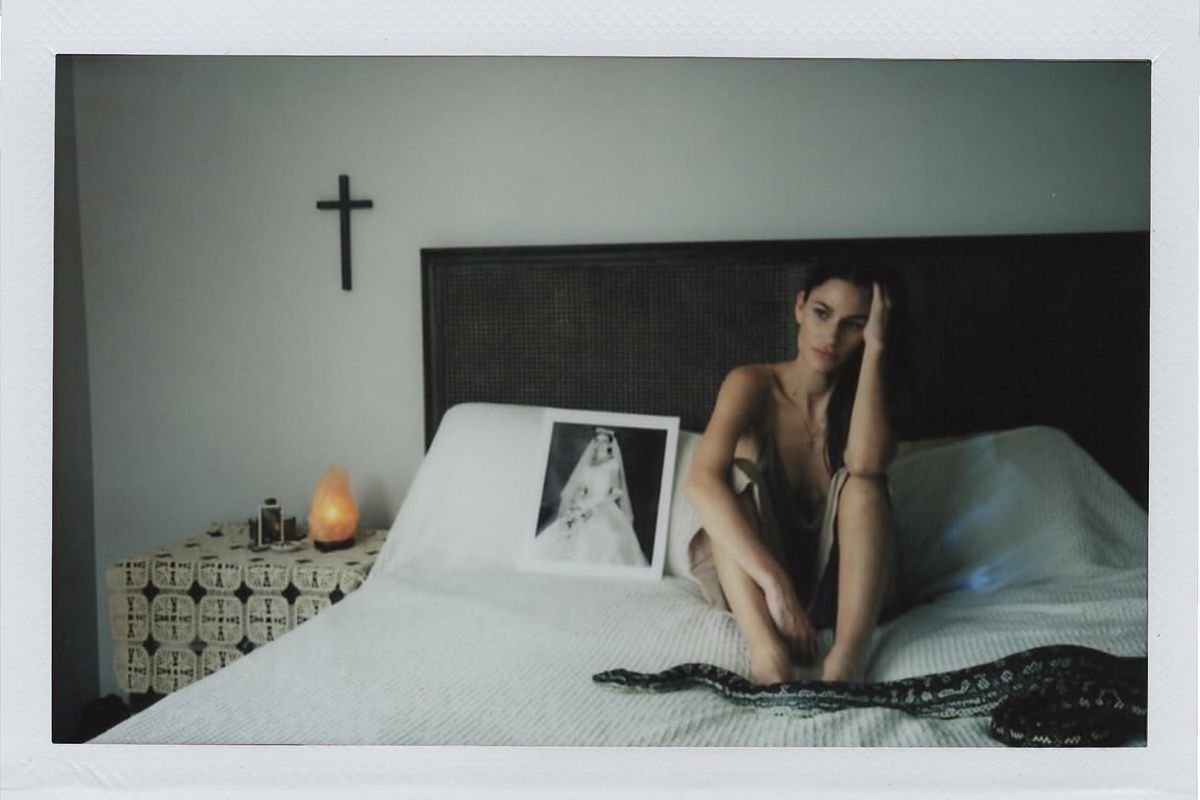 Rising Los Angeles singer Niia makes haunting, quiet-storm R&B that stays with you. "Face" is out today and it's a brooding taste of what's to come this year from Niia (an EP and an album). The song's lyrics nails the bittersweet nostalgia of missing the one you loved and lost, starting with that most visual of triggers: the face you see in dreams and waking moments. Niia uses the power of repetition to drive this home: "I keep a memory of your face, of your face," she sings, in her gorgeous, smoky alto. Her words are spread across an acoustic instrumental darkened by stormy trap. "Face" plays a wicked game with its listeners, sort of like the giant snake crawling on the singer in her audio video, and leaves things open-ended. But isn't that how memory works? Once Niia's "Face" makes its impression on you, you won't soon forget it.

Twenty one-year-old Texan singer-songwriter Khalid returns with his sophomore effort, Free Spirit today. Fittingly, the album is a soulful mediation of young adulthood. Its title track serves as an apt thesis on where Khalid is now, from his breakthrough debut, American Teen, written when he was 17. Using a repetitive guitar lick and slowly adding elements, from padded synths to an explosion of anthemic '80s drums, Khalid's lyrics and evocative vocals are given plenty of room to breathe. "I don't want to live no normal life, let go," he sings toward the chorus' end. And at this rate, he won't ever have to: "Free Spirit" sounds like an artist who heard his calling and followed through.

Tayla Parx, an Ariana Grande bestie and co-writer, arrives with her debut album We Need to Talk, and it hails the presence of an artist in her own lane. All of Parx's experience channeling the voices of other artists, ranging from Mariah Carey to Panic! At the Disco, finds its rightful place among the album's 15 tracks. "Homiesexual" is a standout, least of all for the title's clever, queer-friendly wordplay. Parx sings about hanging out with her friends or even someone special, who all help keep her balanced. "You know that misery loves company," she sings with a hard-earned wisdom beyond her 25 years and a lilt recalling Gwen Stefani at her best. The track's reggae-inflected grooves also make "Homiesexual" a breezy, sunlit bop. It's practically — ahem — Tayla Made for blasting on beaches and road trips with friends. June can't come sooner.

Queer singer Ames has been coming more into focus as she tackles concepts of love and identity in her music. The Kelly Clarkson songwriter's "Picture in My Mind" deftly chronicles the heartbreak of realizing someone you loved has found someone new. Ames scatters clues of what happened throughout the song's heartfelt lyrics. She starts out blaming herself ("It's deeper rooted from my youth"), then captures visceral snapshots of betrayal ("It's as if we were never lovers/ Could you be any more cruel?") denial ("Tell me when it's over"), and even white-flag surrender ("You found a love better than mine"). Despite the emotional turbulence, the song is grounded by top-notch pop production, a trick that makes the song's contrasting elements stand out. "Picture in my Mind" comes from the artist's debut EP, My Name Is Ames, out today, and it heralds a resonant new voice you'll surely be hearing lots more of.

Ioanna Gika's cinematic sound is described as a hybrid of her disparate influences, from Enya to Nine Inch Nails. And if you're wondering how that all plays out, I'm here to tell you: it works. The Sargent House signee (the label behind mystical, genre-defying acts like Chelsea Wolfe and Emma Ruth Rundle) releases her debut album Thalassa today, and "Swan" is just as enchantingly graceful as its title suggests. The musician's beautiful voice soars and glides amid enveloping instrumentals that blend pulsing, dark electronica and hymnal melodies. "Let me here the swan sing/melody of mourning," she sings, stretching toward the heavens, a steely gaze fixed on the abyss below.

With each new release, VINCINT is ably carving his space as an epic soul-pop singer the world needs to hear. On "Please Don't Fall In Love," his voice proves yet again to be an undeniable force of nature. The song's lyrics center on a self-centered, but no less sincere plea: he's got some issues to sort out and needs to put himself first. And yet, someone is ready to make big moves of the heart with him. Stadium-filling drums thunder all around him, accentuating the inherent drama of such inner conflict. "I don't want to touch/ I don't want to feel," he admits. "It would be too much." It should go without saying but too much VINCINT is never enough.

The Drums' Jonny Pierce follows up 2017's Abysmal Thoughts with Brutalism, out today. It announces the bicoastal musician's solo career performing under the band moniker that is making him a star, sure, but it also establishes a perspective we'd yet to hear from Pierce. Throughout the self-produced album, a tasty soup of dreamy rock rhythms and jittery electronics, he explores childhood experiences, insecurity, and romance from a vantage point of yes, brutal honesty, but also self-esteem. Previous album single, the super catchy and reflexive "626 Bedford Avenue" feels like a testament to time spent loving himself better. Pierce indicts himself for falling for someone who treats him like shit ("But I keep on coming back"), but he eventually places the blame where it belongs ("You might be a psychopath/You might wanna check that"). Pierce emerges from the confounding experience a star, mental health and esteem intact. And he's got a damn good kiss-off to boot.

Jake Germain is part of the emerging revival of Internet-based pop musicians (Slayyyter, That Kid, Kyunchi), a la the glory days of Myspace. His latest single "Over U" reads like an able flip of Carly Rae Jepsen's Kiss highlight, the shimmering "Tonight I'm Getting Over You." Similarly, Germain's take on moving on from love gone sour is a hook-filled sugar rush designed to thrash about in at a rave. If "Over U" inspires you to wear platform shoes and other forms of rave couture while trying to rid yourself of an ex, more power to you.

BLACKPINK, is an all-female K-pop quartet who is undeniably making an impact in virtually no time. And while international audiences are already familiar with the group, Stateside listeners are being prepped for their takeover. The high-octane comeback video to "Kill This Love" hit 15 million views in a matter of hours upon debuting yesterday (it currently stands at 52 million-plus views and counting and is the top-trending video on YouTube). And the equally addictive "Kill This Love" single makes it clear BLACKPINK is not playing games: horns, drum solos, rum-pum-pum, cheerleader chants, pep-rally beats, and all. These women are here to slay. The Kill This Love EP is out today, and judging by its tracks, their reign is far from over.

Brazilian pop queen Anitta continues her international crossover dominance with steamy new album Kisses, out today. "Poquito" (translation: a little bit) is trap-inspired, bubbly, and sweetly seductive. "It only takes a little bit/to get you hooked on all of this," Anitta sings on the memorably melodic hook. Swae Lee's verses find him falling for Anitta's endless charms, until he's "pullin' up till we in wheelchairs." Anitta knows we can't resist her, so she puts a little bit of her essence into her music, saving what she's got left for her ongoing success. It's a smart long game, honestly. In Anitta's world, less truly is more.