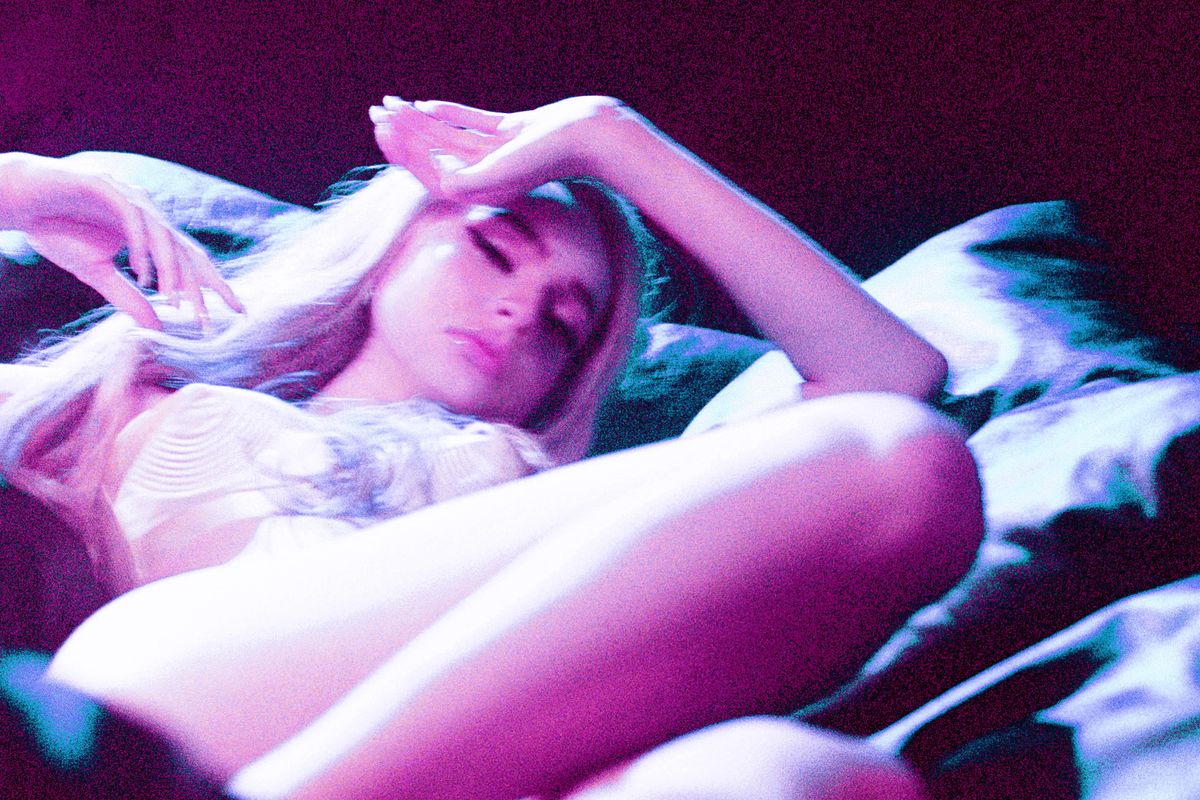 Kim Petras' latest single is sure to excite the gays and longtime stans alike. "Do Me" lives squarely in the realm of '80s-tinged, power-pop ballads, an unapologetic sex romp about the underappreciated virtue of, well, being a ho. In the song, she outlines her desires ("hurt me so good/ make me wanna be bad") and sings gleefully about hitting "high notes," plus the chorus sounds like a million bucks. "Do Me" is essentially Petras at her best yet plus more: she's fun, sensual, in command, and owning her destiny as a pop star of her own making.

Miley Cyrus has been warning fans that She Is Coming, and She is finally here! The surprise new EP from the shapeshifting singer features various riffs on her latest persona, which is part punk queen, part Bangerz-era rulebreaking. With that in mind, "Cattitude" (and all its wildness, sure to wag tongues) earns its place among Cyrus' best tracks, not least of all for how ballsy, or, um, pussy-powered it is. Literally! Cyrus enlists RuPaul and the two trade verses about their sexual prowess, right to be free, all with heaps of... cattitude, plus a strutting bassline, chugging guitar, and marching drums. RuPaul has a rap that is definitely shocking, about putting fingers in butts and whatnot. Cyrus joins in with "I love my pussy because I got cattitude," making sure it lands with this line, "You don't feel what I'm saying/ I don't fuck with you." Alright! No one can deny that Cyrus isn't most certainly here.

Tove Lo's latest marks a digital sonic shift that will have PC Music fans going apeshit — namely that squeaky "he's gone" refrain. But the rest is a clever, catchy melodic flip of the Joni Mitchell classic "Big Yellow Taxi." "Glad He's Gone" is the lead single from the Swedish singer-songwriter's fourth studio album, Sunshine Kitty. Lyrically speaking, the song covers Tove looking out for a friend who is stuck in a relationship with a demanding boyfriend. "He's a bitch with some expectations," she sneers in characteristically raw fashion. But Tove also makes an excellent wingwoman, the kind we'd want at our side should we find ourselves in a similar situation: "Never no tears for that sucker/ Only one dick, that's a bummer/ Dancing all night, get guys' numbers."

Cardi B teased her latest solo single a while ago on Instagram and fans have been waiting with baited breath since. "Press" is a rapid-fire-and-brimstone track that finds Cardi putting her critics to rest. "Pop up, guess who, bitch?" she grimaces. As much wild fun as Cardi always is, she's even more lethal when she just lets it rip. "Murder scene, Cardi made a mess," she raps, knowing she's getting away with it. Plus at two-and-a-half minutes of untamed fury, we're definitely hitting repeat and looking for clues.

Mika returns with a sexy, summery bop from his forthcoming new album, My Name Is Michael Holbrook. "Ice Cream" wastes no time, kicking things off with a irrepressible funk groove that never lets up, and Mika's beloved high-wire vocals. "I want your ice cream/ I want it lying in the sun," he croons. "I want it melting on my tongue." This will surely melt its way, gooey, sticky hooks and all, right through your cerebral cortex. You've been warned.

New York electronic duo Phantogram drops "Into Happiness," their first single in three years since their career-marking 2016 hit, "You Don't Get Me High Anymore." "Into Happiness" is definitely a banger in its own right, accented by minor-key synths, skittering drums, and a gliding, breezy hook. "Into happiness, wish that you could be here," lead singer Sarah Barthel drawls, stretching out the syllables into giddy, dreamy reverie. But the song is also masterfully layered: "I've been getting better/How could I have been so blind?" Barthel contemplates. All we see is how much we love this song, which we'll surely be hearing more of this summer. The band kicks off a North American tour this August, so get ready to hear more from their promising new era in a city near you.

Boy in Space is the artist moniker of Robin Lundbäck, a young singer-songwriter from the town of Alingsäs, Sweden. "7UP" continues in the singer's vein of writing melancholy, irresistible love songs, but places his sadness at a house party. "7UP in my red cup," goes one lyric. But it all sounds so sweet! With soaring, earwormy melodies within "7UP" to stratospheres unknown, Boy In Space is sure to land in hearts everywhere.

Rosalía can't stop, won't stop. Her latest single "Aute Cuture" features handclapped, syncopated beats, the Catalan star's impeccable melodies, and maximal production, and we've already seen its glorious, femme-squad video in a nail salon. If this isn't at every beach party and blaring from every drop top and on every dancefloor this summer, I'm going to throw a fit. Just kidding, but "Aute Cuture" inspires the kind of fever that will surely make you lose control of what your body does. That's Rosalía's magic, though: the music, sold by her winning personality, simply moves you. We'd have it no other way.

Harry Teardrop is the New York-based project of Chinese-Vietnamese American artist, Harrison Li. His new EP, 1000 Backyard Pools, is rendered in a musical style he calls "dreamo." It's easy to hear what he means in tracks like "Soft Serve," which fuses the kind of lo-fi, garage-rock nostalgia of our youth with pop-wise hooks and lovelorn lyrics. "Kiss me goodbye," he sings in the chorus to his prom-dress wearing lover. While Li lets go of a former flame, we say hello to a dreamy new star.

Remember Charlotte Sometimes from the mid-aughts? The then-teen musician born Jessica Vaughn was on Warped Tour back then and riding high on dark, idiosyncratic, super-catchy singles such as "How I Could Just Kill a Man." After recording more EPs under that name for the better part of the decade, that artist has been reborn as LACES, described as an "ever-changing genre-hopper who exemplifies leaning into your power, truth, and vulnerability." It's a description that comes alive in new single, "Moved," which highlights Vaughn's evolution in songwriting and vocal ability, is about being stuck with someone toxic. It's a beautiful, sweeping ballad about "self-destruction and the high it creates," she explains. But step one is identifying the problem, right?