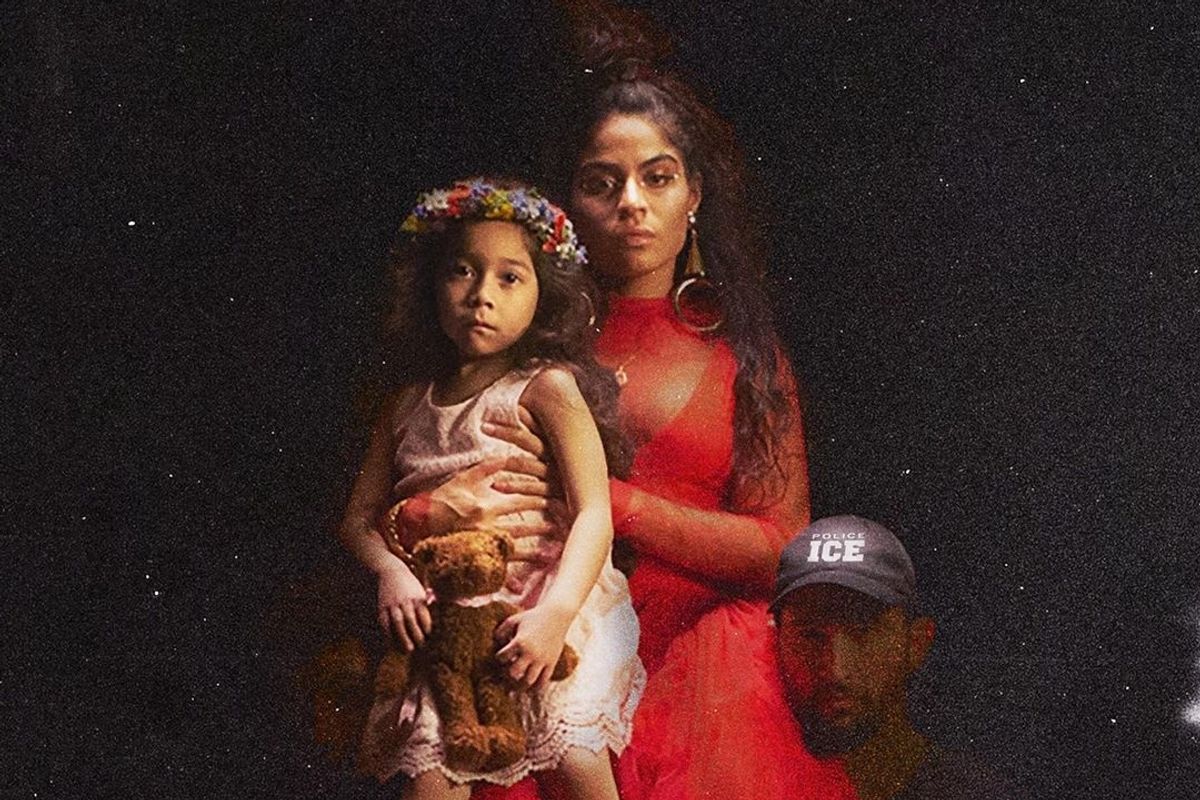 For her emotional and powerful new single, Jessie Reyez is lending her voice to America's ongoing immigration crisis. "I feel what you feel, when you're far away, it's been 100 days since I kissed your face," she sings, her voice strained as if she'd been sobbing. Lyrically, it's a love song that doubles as commentary on the policies at the US-Mexico border that have ripped families apart. In the video, directed by Peter Huang, Reyez and others are shown being torn apart from loved ones, and her love interest in the video is killed by ICE agents. She relates to those who are unfairly persecuted as a Latinx woman herself, while calling for everyone on the sidelines to take a stand. Watch the "Far Away" video here.

Diana Gordon muses on where she's headed on new single "Becoming." The song, outfitted with trap percussion and Gordon's dynamic vocal performance, marks a sonic shift for the ever-evolving singer. Gordon effortlessly switches between syrupy half-rapped cadence and a lilting coo to make a statement about womanhood, her glow-up, and the joy of being a work in progress. "Legend in the making," she affirms, as the bass booms around her. Gordon's well on her way — she says so.

Summer Walker enlists a handful of A-list collaborators for debut album Over It, but "Come Thru" with Usher is definitely one of the most rewarding. Walker cleverly interpolates his horny '90's hit, "You Make Me Wanna," and the Atlanta vocalists stake each other out on a late-night creep. Walker's lyrics read like a text-message booty call; you can almost imagine her writing "smh, face-palm emoji" next to couplets like these: "Can't even pretend like I don't want it again/On the brain all the time," she sings. Usher returns the favor: "Don't trip, just creep discrete/That's just what we dealin' with." As the old adage goes, the more things seem to change, the more they stay the same. In the case of "Come Thru," this is a good thing.

Audrey, fast-rising pop and R&B phenom, releases her new single "Paper," today. The song, written and co-produced with her manager/producer Anwar Sawyer, is the latest in a string of singles showing Audrey's range as a songwriter with a natural gift for finding original melodies within complex, trap-inflected arrangements. "Paper" compares a relationship to a financial bottom line. "If I love you then it's all about the paper/If I miss you then it's all about the pay cut," Audrey sings. She thus cleverly writes a metaphor in which love is capital, and emotional investment is net loss. But Audrey doesn't sound afraid of the risk.

On "Made In Love," Samantha Urbani channels Mariah Carey's iconic Butterfly-era for a lovelorn song full of big, pillowy hooks and nostalgic hip-hop beats. Urbani asks to be handled with love in all circumstances, even when the end is near. "Why do we keep making love when we should be breaking up?" she sings. Her resolution? To "remain in love," even if it means being "just friends." "Made In Love" touches on the idea that love is not linear, but more of an ever-changing space. What if everyone felt safer within that space? Urbani's new song provides a sense of what that might feel like.

On this Turn Out the Light standout, Kim Petras sings "you took the wrong turn at the wrong time" like a ghost come to seek vengeance on a merry band of murderers. She holds the cards now. The music is appropriately adventurous: a dark, bouncy synthline and Petras' quivering vocal performance keeps momentum going, like victims running from a masked killer, like [insert other reliable horror film tropes here].

Kash Doll is full force on "Mobb'n," a fiery new cut from her debut album Stacked, coming October 18. The beat boasts a Halloween-style piano sample, and Kash's voice is gritty and in your grill: "Knockin' bitches out like I'm Tyson or somethin'." A one-two punch.

Angel Olsen's gorgeous new album All Mirrors, out now, is outfitted with a whole string section, band, and glitzy synthesizers. "New Love Cassette" is a three-minute slice of Olsen's ever-expanding sound, and her commitment to a love everlasting. "When you're out of touch and you don't know how/Gonna give you my hands, gonna show you now," Olsen sings. She sings like an old soul chanteuse as the instrumentation drops and swells all around her, the power of her love holding everything steady.

Poppy's latest, the title track from her forthcoming new album, is all fire and fury, as she looks around her at a music industry controlled by too-powerful men, and disagrees. Leaning into a heavier metal-infused pop sound, Poppy's voice takes on a menacing whisper-scream in the verses ("I disagree with the way you continue to pressure me") and a haunted coo in the irresistible chorus: "Burn it to the ground/ We'll be safe and sound, when it all burns down." Poppy's "I Disagree" also has a new video, which finds the shape-shifting singer confronting major-label big wigs, setting shit on fire, and leading a rock band, looking completely in-control and on top while doing it. Watch it here.