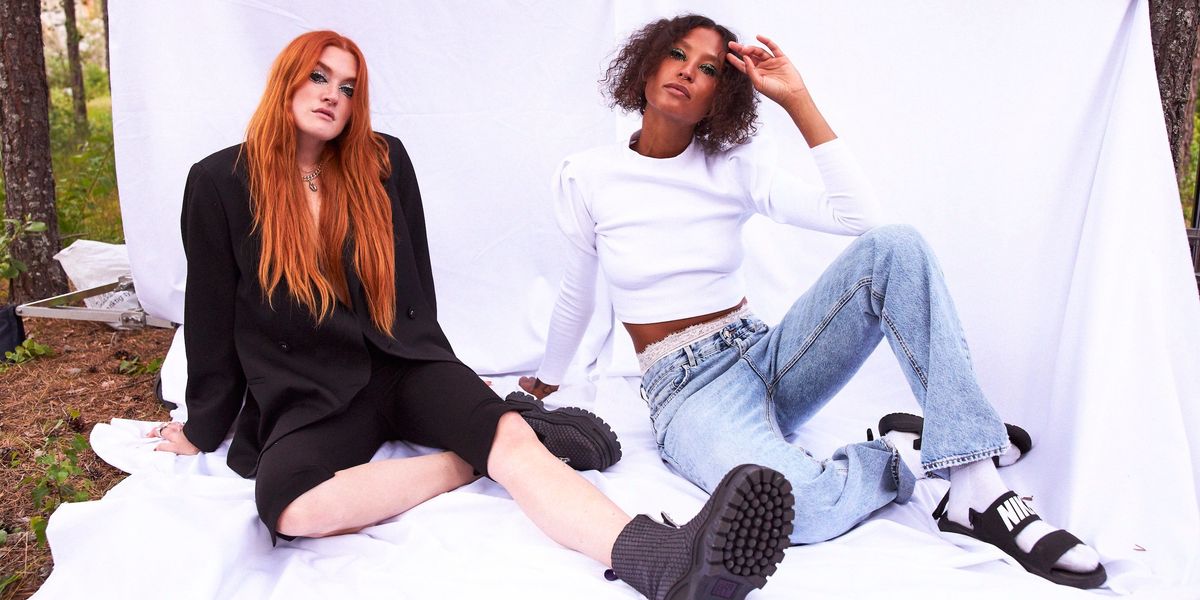 Icona Pop's "Next Mistake" might become their next big smash. The Hudson Mohawke-produced song hails the Swedish duo of Caroline Hjelt and Aino Jawo's move to Ultra Records. Like their best work, though "Next Mistake" is tailor-made for dance floor catharsis, it marks a shift in focus 10 years after the massive success of "I Love It." The song features lines about a guy who might be their next mistake during a night of clubbing, but in the duo's voices is a newfound vulnerability. "I've been making them for all my life," they sing in harmony, acknowledging a life well-lived and learned from fuck-ups. It doubles as a personal note to self and a nod to their own humanity. That willing admission is the furthest thing from a mistake.

I can't take Chance the Rapper's The Big Day, his debut album following his acclaimed Coloring Book and Acid Rap mixtapes. It only dropped hours ago, and at 22 songs, there is a lot to take in, but at first pass, it is obvious that the Chicago rap hero really put his all into this. There's a diverse roster of guest features, from Megan Thee Stallion to CocoRosie, and rich, genre-agnostic takes on his brand of earnest, wide-eyed soul. The starry-eyed wonder of Chance's persona really colors his best tracks here, one of them being the opener "All Day Long." John Legend and Chance harmonize beautifully over essential themes of unity ("we share with the world, not just the fam"), amplifying the inherent joy of simply having someone's back. It's an uplifting ode to pure joy and, of course, Black Excellence. Like Chance's best work, there's a jubilant retro-soul element here that feels akin to Old Kanye and I'm not mad at it. "We made it," Legend sings in the bridge. It's impossible not to root for everyone here.

Related | 5 Songs You Should Prioritize on Chance the Rapper's Debut

Last June, Pabllo Vittar and Charli XCX talked to PAPER about their desire to collaborate again, following their Pop 2 team-up, "I Got It." Looks like they've fulfilled that vision. "Flash Pose," Vittar's first song sung entirely in English, is a bass-heavy, strobe-lit strut essentially about inviting others into your world, using the tried-and-true pop metaphor of camera flash as being seen, whether on a runway, in the club, or in one's day-to-day existence. Vittar, ever the love balladeer, sings about letting a potential suitor see what he's all about from afar, before letting him into the frame. Charli, for her verse, follows Vittar's sentiment with an aloof cool-girl sneer. Together they look better than everyone in the club, and perhaps you can sit with them if you ask nicely. The track offers a sneak peek of the next Vittar album, reportedly called 111.

Clairo's latest taste of Immunity is "Sofia," a straightforward, yet bittersweet rock track about putting one's heart on the line. Clairo as the narrator is dying to express her feelings to this person, so much that she is looking for ins whenever she's around them: "I just want to say I love you with your head down." She doesn't say it exactly, but finds other ways: "You and I shouldn't feel like a crime," she sings. And in that, way, too, "Sofia" makes real the aching moments in any relationship, regardless of age, where you stop just short of altering the future just by saying what's real: "I love you." Either way, the love is there.

The title of UK R&B songstress Mabel's new single "Bad Behaviour" is misleading. I came for a raucous party jam, but what I got was much better: an almost meditative reflection on how she's born a little wilder than the rest. She makes a case for not changing her ways over a hushed dancehall-inflected groove: "Don't get me faded/ Don't play my favorite," if you want Mabel to play it cool. On "Bad Behaviour," Mabel is ready to turn up at any time, no occasion needed, the vibe controlled by her and her only.

Everything about Fifth Harmony expat Dinah Jane's newest single "SZNS" is a breeze. Alongside A Boogie Wit da Hoodie, Dinah sings like a canary atop sunny acoustic guitar and 808s about weathering all seasons with a lover. "Summer through the winter, we been through it/ Might fall, but spring back to it," Dinah sings. Something about the track feels indebted to Mariah Carey's savvy mix of lovelorn R&B with harder-edged hip-hop, adding to its overall appeal. And the summer's not over yet (September! No rush!), but just saying: "SZNS" could easily put people in the mood for cuffing season.

On his first major release since 2017's I Decided, Big Sean puts a plug in for post-breakup self-care. Notably, "Single Again" features guest vocals from Ty Dolla $ign and even more telling, Sean's ex-girlfriend, Jhene Aiko. What sells the track is the rapper/singer's willingness to own his side of a relationship without placing blame on the other person: "Told 'em that we better off friends/ Blaming you is just so easy/ But maybe the problem's me." Yes. Sean, who has become increasingly transparent as an artist and personally, wrote on Twitter yesterday: "I never knew that I didn't know how to be alone in life. I always would find so much joy n happiness in a relationship or being with friends, but I didn't know how important it was to be in a relationship with yourself."

Indie-pop upstart Upsahl releases her latest single from debut EP Hindsight 20/20. "Wish You'd Make Me Cry" subverts the idea of peace in romance by aching for tension. In other Upsahl admittedly lives for the drama: "Can we just forget that we're in love real quick?/ Don't you hate it when I hate on all your newest kicks?/ Or how I never say I'm wrong?" It helps that the song's drama is buoyed by sublime melodies. The "cry" in the chorus is vocally stretched into a question mark, as if to ask for imperfection. I'm learning something here. Who is this guy who just can't show his flaws? Maybe the flawed one is who Upsahl needs to meet.

Underground pop princesses LIZ and Slayyyter team up for "Diamond In the Dark," a PC Music-esque, early 2000s-leaning song about shining one's inner light. There are some sweetly-sung melodies and lyrics referencing Northern Lights, velvet twilight, and lighting others up. Consider "Diamond In the Dark" the duo's kinetic take on a pop formula that always works: when all else fails, inspire someone else.

Lykke Li's Still Sad Still Sexy EP arrives today, fulfilling on the melancholy of So Sad So Sexy's beat-driven storm clouds. On "Neon," Li is crying in the club as the lights come up amid a blur of hollowed-out beats and atmospheric pads. Having forged a deep connection overnight, Li yearns to prolong the feeling of kissing a stranger in the darkness. Her voice is soft and full of graceful ache. Light can cast such a glare on the inevitable, the shadows feel like home. Raise your hand if you relate, and it should be all of you.