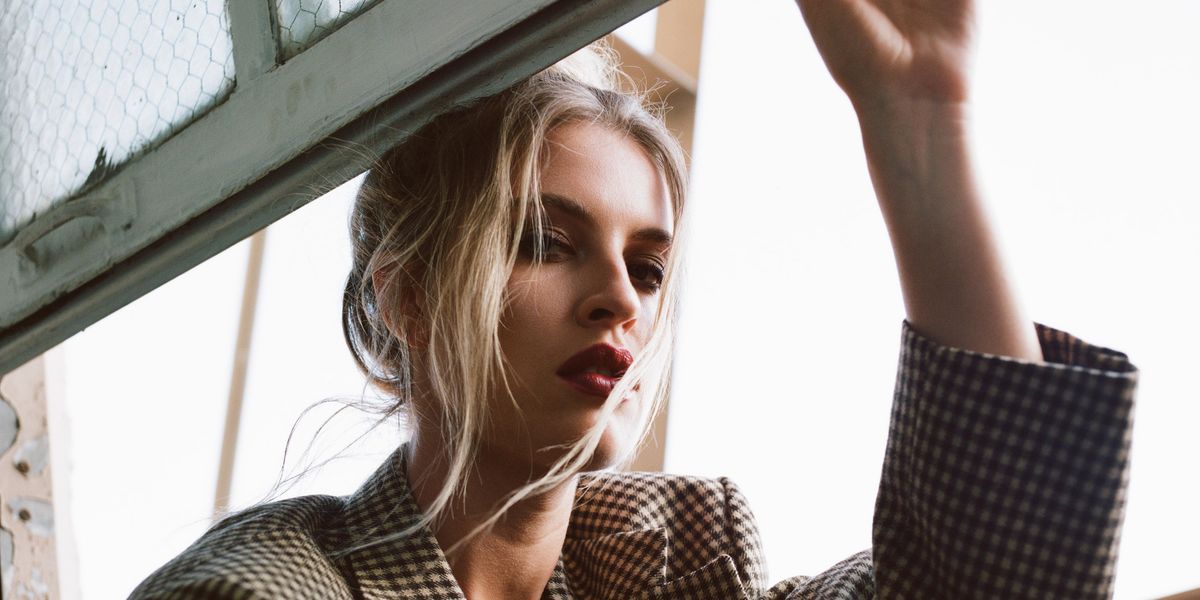 Michael Love Michael
New Music Friday always promises a plethora of that good-good new-new from some of your favorite artists, maybe some long-awaited, maybe some tired, through, and delayed, and maybe some songs by a treasure trove of #whos you've never heard of before. We know. It's overwhelming! Thank the heavens PAPER is here help sift through the goodness, the garbage, and the noise, and bring you the best every Friday. We gotchu, sis. Let's bop to it!

This year, Fletcher has released a stream of brutally honest singles that have gained momentum on the pop charts ("Undrunk" is a Top 20 hit). But it's not only her songwriting and ear for tuneful melodies that are making them stick, it's her willingness to share even her most heartbreaking truths with audiences. Fletcher is a queer woman singing specifically in her newer songs about a relationship with another woman, but her songs are deeply universal. Complete with acoustic guitar, top-notch production, and emotive vocals, "All Love" is all feeling, regardless of who that love is for. Who can't relate to the (often painful) experience of seeing your ex unexpectedly, some time after the dust has settled? Fletcher tries to play it cool when she spots her ex in a bar: "The way you kiss her on her neck/ With that look in your eyes/ Do it right in front of me/ Kinda makes me wanna die/But it's all love/I hate the feeling, but it's all love." "All Love" comes from Fletcher's new EP, you ruined new york city for me, out now, and available to stream here.

Slayyyter's best single to-date is out now. "Cha Ching" builds on the momentum of her recent sold-out Mini Tour, finding the St. Louis pop sensation doubling down on the sticky hooks and songwriting prowess that first got her attention online a year ago. The song is about dodging hangers-on and fake friends, while calling out wannabe ballers. "I'm so precious," she drawls, sounding like a sexed-up cross between Gwen Stefani and her key inspo, Britney Spears. Not to mention, the glitchy Robokid-produced beat combined with Slayyyter's bratty rapping also tests well on the street, and I would know, having strutted to it while grabbing my morning coffee. "Cha Ching" also brilliantly captures a cultural pop moment (circa 2006) when women from the Pussycat Dolls on down made pop empowering themselves. Back then, money was the cheapest way to those women's hearts. It still rings true today.

In Conversation: Slayyyter and Heidi Montag

Vōx's latest single "I Can Feel Myself Leaning" chronicles a woman on the edge. As such, mutated vocals and a brooding atmosphere accompany self-effacing lyrics like "Why would you stay with me when I'm like this?" That line, repeated for emphasis as a trap-based instrumental looms in the background, sounds how my internal meltdowns do, to be honest. Nevertheless, it makes for a thrilling listen, ensuring listeners follow vōx to said edge. Imagining what happens next for her is the most exciting part.

Rosalía, the Catalan pop futurist determined to transform the look and feel of modern pop stardom, creates yet another banger, this time with Puerto Rican crooner Ozuna in "Yo x Ti, Tu x Mi." The two trade flirty verses that sound like hooks, meaning every turn of phrase is expertly crafted for maximum sonic pleasure. Also, it doesn't hurt that "I for you, you for me," is one of the cutest ways to say "I love you" probably ever.

"No one ever told me leaving was the easy part," MUNA's Katie Gavin sings, her voice crackling with ache. The difficulty of keeping distance after a gnarly breakup is what she's exploring. Set to relentless electronic beats recalling early Daft Punk, Gavin and cohort ruminate poetically on all the moments they want to connect, but have to instead rely on memory. "I don't do most things I used to do/ Actually, now that I'm thinking about it/ I did most things to get to you." "Stayaway" is MUNA's latest single from their upcoming album, Saves the World; watch the video here.

Lolo Zouaï, the rising American-bred, French-Algerian pop musician drops the video to "Caffeine" today. Accordingly, the clip, showing Zouaï in varied dreamlike scenes, captures the song's fizzy nature. In the song, from her debut High Highs and Low Lows, Zouaï is a coquettish player in control. "Don't wanna get to know you," she sings slyly atop a dark lullaby melody. And despite the deceptively laid-back vibe of "Caffeine," the last thing you'll want to do is sleep on it.

You may have heard alt-R&B singer Peyton's music on the third season of Issa Rae's Insecure, which featured a lush song of hers called "Sweet Honey." Her new single "laylo/crazy4U" is another standout from the Houston musician. She sings sweetly about catching feelings in a way that is refreshing. Peyton's emotions are bigger than her, and in laying her cards on the table, all shame is removed. "How the fuck can I hide this feeling?" she sings in the track's dreamy first half, before confessing in the song's coda: "I'm crazy for you." Also, it's worth noting that Peyton's voice and singing style recall '90s R&B girl groups of yore, reflecting a more innocent time when Black girls tacked posters of SWV, TLC, and 702 from teen magazines to their bedroom walls. Can we go back to those days?

California musician Chelsea Wolfe's newest single "Be All Things" offers a more vulnerable side of her. Though Wolfe's work remains both deeply personal and often world-centric, the song strips back most of her usually more experimental elements, leaving Wolfe's hypnotic voice, meditative acoustic guitar, and poetic lyrics to take center stage. The song, from her upcoming sixth album, Birth of Violence, documents Wolfe's experiences as a modern woman, namely the idea that women around the world are full of duality. Women are often expected to be soft, but strong; human, but godlike. "Warriors, newborns, and queens/ The lion and the wolf/ Gnarling at eternal sleep/ Let it burn," she sings. By acknowledging all she can be, she embodies everything. Watch the video, here.

Iranian-Swedish singer Snoh Aalegra returns with her second studio album, = Ugh, Those Feels Again, out now. Of the 14 tracks (all of them are terrific), "Whoa" is a catchy, soulful bop about falling hard in love. In the first verse, Snoh fantasizes about what could be, asking to spend time with the object of her affection. By the memorable syllabic chorus, she's totally lost for words. There's something nostalgic about the way Snoh sings, making "Whoa" take on deeper meaning. Perhaps this crush was forever ago, perhaps it's wrapping her up right now. Apply your own logic to it, whether you're having a Hot Girl Summer, or you're gearing up for cuffing season. "Whoa" is here for all stages of love that are new and exciting.

Rapper Reese LaFlare's music has always embodied his colorful past and interests. The ex-skater still reps the DIY punk culture of his roots, as shown on "Lil Skate For President," part of a double-single EP out now that includes "Cash Talk." Set to a booming, repetitive beat, LaFlare energetically acknowledges his accomplishes and reflects on his time in the spotlight, shouts-out to God included. To that end, "Lil Skate For President" is ultimately endearing because LaFlare's best tracks position him as a winner. It's hard not to cheer him on.

What's your favorite track of the week? See you next week, lovers!