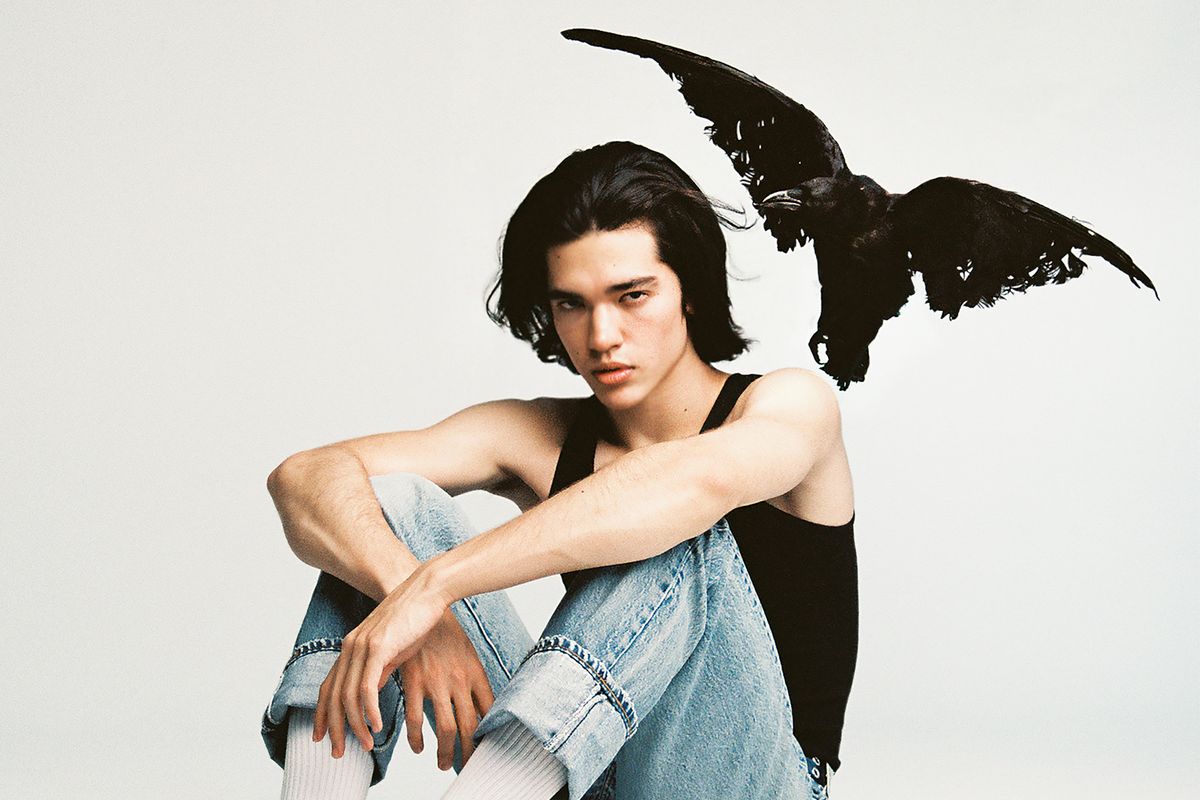 Breakout star Conan Gray unveils his most confessional release to-date with "The Story." Built on solo acoustic guitar and Gray's voice, his lyrics outline the many ways people experience love and lost, from his point of view. Though he tells each story from a cinematic bird's-eye view of things, he transforms into a world-weary troubadour for the song's stirring chorus: " I'm afraid that's just the way the world works/It ain't funny, it ain't pretty," he sighs. The world may not be pretty, but "The Story" sure is. Watch the lyric video, here, and pre-order Gray's debut album, Kid Krow (out March 20), here.

Poppy's third album, I Disagree, is finally here. The 10-song collection solidifies the artist's jarring shift toward rebellious genre-blurring: she leans hardest into scary heavy metal, and somehow blends in sugary J-pop references and folksy Beatles-esque harmonics. If you're scratching your head, fine, but trust me: it all really works. Chief among I Disagree's standouts is the shimmering "Anything Like Me," which opens with galloping industrial beats as Poppy snarls, "Sorry for what I've become/ Because I've become someone." She eviscerates the notion that there are Poppy copies in the infectious chorus, in fact, don't get too comfortable with what you see and hear. Nothing can prepare you for the guttural guitar wails midway through, or the hallucinogenic lighters-up outro. It's all thrilling stuff, and Poppy's right to assert that no one can be anything like her. Watch the video here.

Selena Gomez's first album in five years is out now. The songs smartly build on the sparse, confessional approach she first tested out on 2015's Revival. Rare's opener and title track sets the tone for the remaining 12 tracks, establishing singularity at the outset, as she, now older and wiser, examines her shifting priorities. Gomez confronts a guy who can't see what a gem she is, and that's too bad for him: "Burning toast in the toaster/ My ambitions were too high," she sighs. But "Rare" finds resolution, as the laidback instrumental of finger-snaps and basslines frame Gomez's sparkling self-affirmations, delivered with more confidence than ever: "I bet there's somebody else out there/ To tell me I'm rare."

If you're gonna name a song "Diamonds" and team up two of music's biggest new stars, it had better sound expensive. And as I listen to Normani and Megan Thee Stallion strut around on the slickly catchy Birds of Prey track, I can easily imagine a future of no budgets, where money is no object and I'm the sole breadwinner. It kind of flips the whole "buy me diamonds, daddy" trope right on its head, don't you think?

What's better than hearing two rap superstars examining their comparative wealth over stormy trap beats? Perhaps being a rap superstar examining one's wealth over a stormy trap beat. Don't fret! There's enough abundance for everyone. But until we launch our multiplatinum careers, we can summon happiness for Drake and Future, who are both here in 2020 to remind us that they're doing amazing, sweeties.

I understand that Halsey's "You should be sad" comes from her forthcoming MANIC album, which is shaping up to be her rawest collection yet. And that means we should really lean in closely and hear what Halsey's saying because she's been through the ringer and is brave enough to write about it in public. She's singing about a toxic lover that she escaped from. "I'm so glad I never ever had a baby with you," she spits. "I had no warning 'bout who you are." And I relate! But I'm also stuck on Halsey's country-fried lilt and how it moves the song from forlorn yeehaw ballad to bonafide stadium stomper. We call that production and talent.

070 Shake is in full '80s powerballad drag on "Guilty Conscience," and it suits her. The voice is from Mars and the song is from the saddest dance party on planet Pluto. No need for FOMO, because you simply have to be there.

Baby Goth's "Afterparty" is like the Weeknd went on an ecstasy trip in Compton at 3am, except it's Baby Goth. Picture her rolling and take yourself along for the ride.

While most people are hopping into 2020, Swedish pop artist SHY Martin is proceeding with caution. But on the acoustic "Slow," she sings affectionately about putting the brakes on a new romance, coming from a place of deep inner knowing. She shows that clear vision isn't always measured by the one who acts first in any given circumstance, but by the one who acts wisely.

British musician Georgia's "24 Hours," from her self-produced sophomore album, Seeking Thrills, is a euphoric slice of electro-pop sure to find its way into interlocked bodies on dance floors everywhere. If that sounds like a review of a Robyn song, don't think twice about it. The two might share an abiding love of deep grooves and diamond-cut harmonies, but Georgia is carving out a space all her own: "It's the rhythm," she sings over pulsing electronic strobes. "If two hearts could beat the same, we could be it."