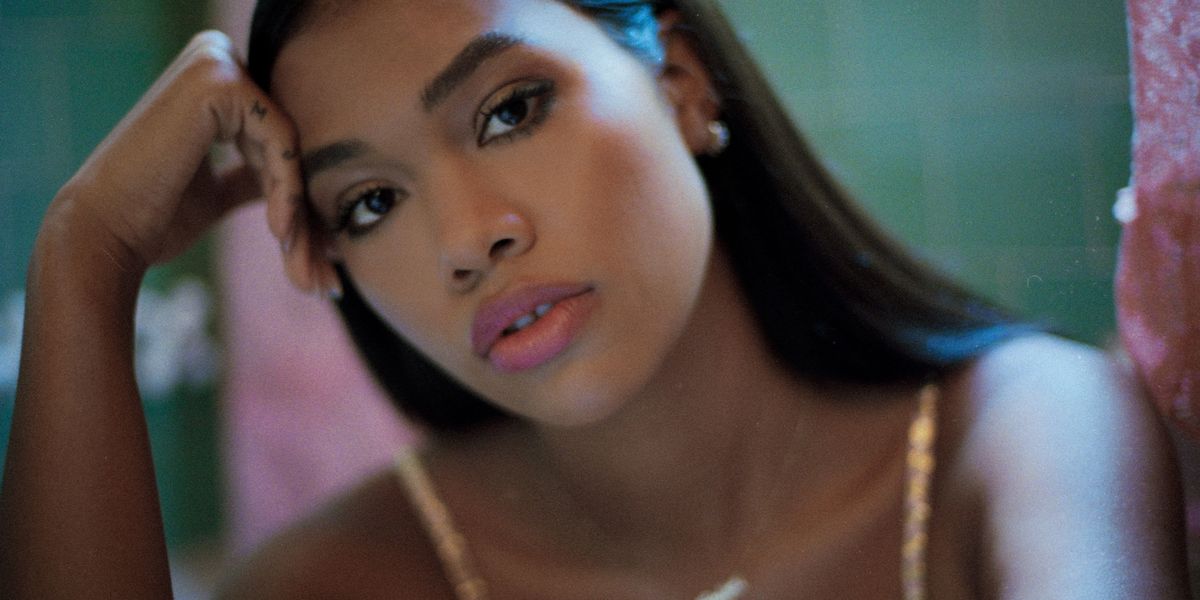 New Music Friday always promises a plethora of that good-good new-new from some of your favorite artists, maybe some long-awaited, maybe some tired, through, and delayed, and maybe some songs by a treasure trove of #whos you've never heard of before. We know. It's overwhelming! Thank the heavens PAPER is here help sift through the goodness, the garbage, and the noise, and bring you the best every Friday. We gotchu, sis.

Travis Scott returns! He's been teasing Astroworld for some time now, so we got some relief when he finally teased what sounds like a first single from the any-day-now release (obvi he's busy raising baby Stormi with Kylie, so nobody's mad at Trav for taking his time with music). Anyway, this bop is well worth the wait. It comes in hot right with a steady beat that juxtaposes Scott's signature brand of gothic trap with pop&B songwriting flair. It's a minor-key dark and stormy affair with enough catchy studio trickery (arpeggio'd blips and a sinister choir are blended into the mix) — including strategically timely and topical verses from The Kanye about opioid addiction and the "Sunken Place" — to certify the status of "Watch" as a hit warranting repeat listens, with a pop-artifice eye on what's next from these provocateurs. Watch, indeed.

WESLEE's "Sweat Dreams" is a breath of fresh air. The beat, pulled straight from the groovier, shinier underground clubland, will remind you of R&B/dance music hybrid acts like AlunaGeorge, but WESLEE (a transnational male-female duo from New York and London) possess a sparkle all their own. This makes sense, because the crystalline sound of "Sweat Dreams" feels indebted both to streetwise, confident, and sensitive '90s R&B with incredible vocals from the female lead, and London's glittery world of grime. In other words, it's a breezy, sensual bop you'll want to move to, and hooks for days you won't soon get out of your head.

Julia Michaels has been exhibiting a quiet, consistent brilliance for some time now, having penned hits for all your faves, ranging in diversity from Selena Gomez's "Good For You" to Janelle Monae's "Make Me Feel." What's incredible about Michaels is her consistent innovation within her trademark sound on her artists' releases, and her own: sparse, often hip-hop inspired production that feels as breezy and broody as Calvin Klein's Kate Moss ads in the '90s that gives room for her candidly explicit, witty, and anecdotal lyrics to breathe. On Michaels' own songs, this is coupled with her smoldering voice and a willingness to sing about being a flawed, sensual woman in the modern world. And it all sounds so damn effortless! And she's only like 24! Her debut EP Nervous System, last summer's "Issues"-featuring diaristic offering, which I cried to for weeks btw, demonstrated her brand of expert songcraft in abundance. "Jump," featuring a verse by Trippie Redd, continues in this tradition — and it's about falling for someone before you're ready. "I'm gonna be cliche for a minute, and tell I've been hurt before/So I think I'm gonna need another minute," is one of this bop's series of hard-hitting couplets. Oh, word? I'm gonna need like 20 minutes to collect myself because once again, we are in love with Julia Michaels, and we were never ready.

Related | Julia Michaels' 'Issues' Got Her a Grammy Nomination

Acclaimed singer-songwriter Gallant has been widely hailed as one of R&B's best-kept secrets since he first appeared in 2014, but the secret is out! Thank goodness for that, because Gallant makes music for all of us to lose ourselves in. "Doesn't Matter" is the latest immersive single by the artist, from his forthcoming second release. It's a rather blissful bop about hitting the deep end with a lover and not caring what it looks like to the outside world. Also among its highlights are a percolating, simmering beat and vocals worth studying. There are ad-libs on this thing that seem to literally come from Jesus. Praise be.

R&B and the genre's associated hybrids are really having a field day today! Jessie Reyez hits us with a new single "Body Count," and it's a stripped-down acoustic, sex-positive number about the power and feminism inherent in fucking freely. "Some nights I'd rather make love to myself, singing to my own damn tune," Reyez intones, before kicking into the song's rallying chorus. Couldn't have said it better myself.

I'm literally screaming at my desk right now while writing this — but like the Edward Munch kind, not actually hollering. But I want to! Dawn Richard, the high priestess of R&B's dark, highly composed corners, is back with new single "Guardian Angel." And it truly doesn't disappoint (she never does!). Dawn has, with every solo release, since her first EP, 2012's Armor On, shown us the many contours of her highly-conceptual, literary mind. I mean, literally what R&B do you know who openly quotes Oscar Wilde in interviews and admits to being inspired by Sun Ra musically and Joan of Arc aesthetic? I'll tell you who: a literal angel. Anyway, this thing, featuring the production work of Mumdance soars and lays the drama on extra-thick, and it's truly a sweeping thing of graceful, orchestral beauty and gale-force power. The song's lyrics and show-stopping vocals read like Dawn's very own "Greatest Love of All." "Guardian Angel" only further adds to the lionhearted singer-songwriter's impressive resume of invention and imagination.

Wow, today is beautiful. Everything else in your life is cancelled when receiving evidence of goddesses Athena (war), Venus (love and desire), and Persephone (spring) convening because here comes Amber Mark. Scalped not only by the rising singer's iconic look, and the fact that her new EP Conexao, but the fact that this single from it, a cover of Sade's 1988 original, comes Sade-approved (!!!). Do you understand the magnitude of this? That means the true Elusive Chanteuse (sorry Mimigurl) Helen Folasade Adu aka THINE SADE said yes to this! I'm crying because I stay trying to tell folks that black excellence is a redundancy and maybe now they will listen. But seriously, you need to get into this bop. It's soaring, it's beautiful, it's heartbreaking, it's like balm to my soul. Let's dance. I'm cry.

SSION, the creative NYLA-based project of Cody Critcheloe, is back with a celebratory new bop with electronic singer MNDR (known for collaborations with Scissor Sisters and her own solo music, including 2012's iconic "Feed Me Diamonds" single from the album of the same name). "Heaven Is My Thing Again" is four-to-the-floor dance music with a power-pop bent, for sure, but its lyrics, written by the queer artists, invokes the spiritual ideology of heaven as if it's a fashion trend. Which: judging by the rhetoric of the current clownshow in office, religion as oppression sure is trending! But judging by the sound and feel of this track, SSION and MNDR envision a version of heaven that's actually chic, especially when it's in the name of love (or other drugs). Because dancefloor equals community in queer culture, this song is also refreshingly political. It's got one of those grooves that won't quit with hooks aplenty, so it's a message that goes down easy like a teaspoon of honey. I could extol the virtues of how amazing pop music accomplishes this, but it's better if you just listen for yourself.

Tove Styrke, the 25-year-old pop auteur from Swedish Idol whose music has garnered welcome comparison to the artistic renaissance of Robyn, unleashes her third album today, called Sway. The whole thing is the kind of earwormy songcrafterpiece that makes American pop look really stupid by comparison. (Where's the lie tho.) But "Mistakes" remains a select for us. No matter how catchy the rest of this tune is, about self-awareness in tricky romance sitches, I triple-dog-dare you to try dislodging that crack-sugar robo-hook That No One Saw Coming from your mind. You can't and you won't — and why would you?

Related | Tove Styrke Will 'Sway' Her Way Into Pop History

Some of y'all might be too young to know about Too $hort, (for the kids, he featured on Kelis' iconic 2006 hit "Bossy" and is one of the pioneers of West Coast hip-hop) but the notoriously raunchy rapper — who effortlessly blends old school rhyming sensibility with a sense of humor — is back with his latest record, The Sex Tape. This bop was selected primarily for its brazenness in how little it leaves to the imagination (a signature move of Too $hort's, a.) and b.) for being something I would actually want to hear in the clurb while trying to get a date. It's one of those tongue-out twerk-team jams that will start your weekend right and maybe end it, too, if you're freaky like that.