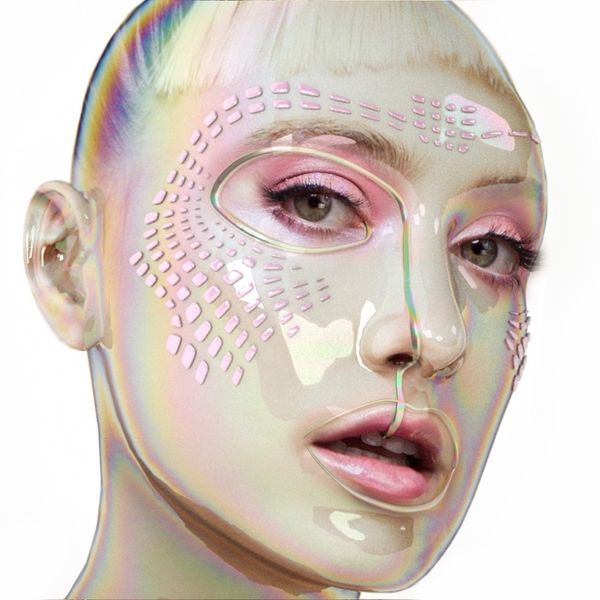 LIZ, independent superstar and singer-songwriter, is back with new single "Super Duper Nova," and it's a futuristic evolution of the nostalgia-indebted bubblegum pop that initially put her on the map. It's her latest in a string of single following "Queen of Me," "Could You Love Me," and 2016's Nicopanda-affiliated mixtape Cross Your Heart. "Super Duper Nova" is a glitchy, hyper-pop bop produced by Big Taste, and explores the process of starting something new — whether it's a relationship or an artistic endeavor — with a cleverly placed intergalactic countdown and "blast-off" motif. At the Perfect Pop-length of three and a half minutes, it's an exciting taste of what's to come from LIZ, who, though she's been grinding for the better half this decade in so many ways as an artist and innovator, is only just getting started. We'll certainly be watching!

In case you didn't know, Shea Diamond is already an icon: and my coin goes to any artist who is brave, willing to live in their truth, and be a powerful example of what it means to live in one's authentic truth. The singer and transgender rights activist from Flint, Michigan via Memphis isn't afraid to sing about what matters to her, whether it's unapologetically claiming her space and gender identity in breakout single "I Am Her," or sharing her story with the world — one that includes being criminalized and desexualized — in a Gay Pride love letter. Diamond drops new single "Keisha Complexion" today, and it's a bop that further lifts the veil on her sexual and romantic experiences as a black transwoman, while also giving voice to the issue of colorism within the black community by flipping it into an ode about sexual desire and appreciation. The soulful, endlessly danceable banger, which Diamond co-wrote with Justin Tranter and Audra Mae, queen of alt-country, boasts bluesy riffs and shamelessly celebrates Diamond's pleasure: "It's funny how fast my skirt came off my ass/ If you knew me, you'd gag/ I've never been so unabashed." Lyrics aside, the best part is how the song came about: "Me and Shea were having one of our deep talks about how fucked up the world is, and she was like, 'Oh you know, you don't see girls like me on TV. There's no girls with Keisha complexion on TV — no Keishas on TV." Tranter tells PAPER. Et voila! So when Diamond squeals: "When you say you love my Keisha complexion in a way I never expected / Got me admiring my own reflection," utterly delighted with herself (and her lover's affirmation), that's what self-love is.

Jennifer Lopez is literally the queen of booty jams. Like anything that makes you want to shake things in places you didn't know existed is worth some kind of award. I for one have been known to literally start howling when "Waiting For Tonight" or "On the Floor" gets cued up in the clurb. And speaking of booty, I almost broke mine on one particularly legendary night when "Booty" came on. Don't ask how. It's kind of terrifying. But that's J.Lo's magic! "El Anillo" ("The Ring" in English) is the latest Spanish single from Por Primera Vez, our Leo queen's upcoming second Spanish-language album (and ninth overall) and something about its sound-the-alarm production and her characteristically fierce delivery might induce similar booty-injuring effects. You've been warned.

Undoubtedly one of the chicest parts of this playlist is here. Stromae, the Rwandan-Belgian pop musician who seems to effortlessly create agender, African-inspired clothes as he does groovy, transnational confections, unleashes new track "Défiler" (which could mean either "passing" or "marching" in English) today. And guess what the 9-minute worldly composition accomplishes? It serves as a both fiercely chilled, French soundtrack to the unveiling of his new capsule collection for his multidisciplinary creative label Mosaert, and his first bit of new music in five years, since 2013's breakthrough sophomore effort, Racine Carre. Listening to this song unravel and unspool, passing cohesively through moods and genres (again, somehow effortlessly, as culturally French as this trait tends to be) from icy electronic flourishes to muddy trap to gospel-like drama is a gorgeous emotional journey. Much like a runway show, much like Mosaert's runway show. Watch that, here.

Clairo, 19-year-old YouTube star and rising singer-songwriter, makes intimate and trendy pop that perfectly captures the foibles and follies of being young. "4EVER" plays like a yearning French pop-style ode to crushing on the object of one's affection, hoping it'll last for the long haul. Even if her rise is decidedly modern, Clairo's got a knack for hooks and melodies that feels refreshingly retro. Her vocal approach is disaffected but lilting, harkening back to the way '90s R&B acts like Aaliyah and Total sung with an icy detachment that, somehow, through their sheer magnetism, imbued her arrangements with emotion. That's sense of playing it cool but sweetly caring is palpable in "4EVER." Who can't relate to that?

GIVERS, the Louisiana trio who seamlessly meld elements of percussive art-rock, rhythmic blues and smatterings of Afro-pop, are back with new single "Collide." That may sound like it shouldn't work, but trust me when I say these elements literally collide in a way that evokes unabashed joy. It's been a hell of a week, with celebrities and politics gone wild, as has become the norm. But when this group harmonizes, "Can you feel it running wild?" in the coda ending "Collide," let yourself become the buddha on the lily pad, watching it all go by as the sun sets and rises all around you. And maybe a smile will creep across your lips, and even better, you'll want to hit repeat and start dancing. How kind of a band called GIVERS to give us this gift.

I'm beginning to think New Jack Swing, that wave of '80s and '90s fusion R&B co-pioneered by Teddy Riley that melded hip-hop with smooth R&B vocal stylings, swing samples and house and disco music flourishes, is having a resurgence in the new millennium. Bruno Mars and Cardi B hit paydirt when "Finesse" dropped at the top of the year, rendered more iconic with its retro-leaning video featuring Cross Colors, backwards caps, and stripes galore. "Light Flex" featuring rising singer Tone Stith and the endlessly charming 2 Chainz, is a soulful and cool exercise of the genre, and it effortlessly captures what I hope is a beautiful trend of nostalgia.

I hadn't heard of Paris until today, and I thought he might be trolling the iconique Paris Hilton — naming a record One Night In Paris has to be, at the very least, a nod. I was admittedly a little pressed. Like the wise Cardi B once said, when wondering aloud what people made of her: "Is (s)he a rapper, a stripper, or singer?" The jury's still out on that, but, but! One of the songs from this record, "Gone" featuring Trippie Redd, caught my attention. It features lyrics prominently about dying young, which is not uncommon because kids these days are so morbid lol. But mostly, it's the track's addictively hooky combination of melody and rhythm (even if it is a little emo, part of what makes it so strangely appealing) has garnered multiple spins on this end. That's just to say that maybe we'll spend a few days in Paris, because fuck it, why not? We're all gonna die someday anyhow.

A banger for you in which Tee Grizzley and Lil Yachty trade often-hilarious verses about extravagant wealth over a skittering, creeping London on da Track beat comprised largely of low-end bass to extra sinister effect. Lil Yachty's notoriously syrupy flow about hitting it big at 21 is an interesting contrast for Tee Grizzley's fierce wordplay, but it totally works. Grizzley is menacing on one hand, doing what's required to protect his empire, but playful on another: "Diamonds dancing/ Had to do the moonwalk/ Almost died from pneumonia/ Had to take my jewels off," goes one verse. As a whole, "2 Vaults" is pop glitz enough to catch your eye, and brooding enough to hold your attention.

Complete with minimal guitar licks and lots of room to breathe, this one feels borrowed from the Julia Michaels songbook, but the thing is, in Kailee Morgue's case, this isn't a bad thing at all. Part of what makes "F***k U" compelling is the way it uses space, allowing Morgue, a 19-year-old rising singer-songwriter who apparently practices witchcraft and loves anime, to show us (and whoever it is she's kicking to the curb) what she's made of. Earlier this year, she dropped her debut EP, Medusa, and Morgue established a growing fanbase for her gothic-pop leanings. "F***k U" is a study in contrasts: sweet singing and arrangement disguise more malicious underpinnings, but it's also the kind of thing you say to someone when you're really done with them and can rest easy. It's kind of like what happens when a witch hexes you. The witch waits calmly while her spell works its magic. And the magic might take a minute or three — or in this case, several plays — but that's what listening to this song feels like. It works on you, and you'll have no choice but to fall under its spell.