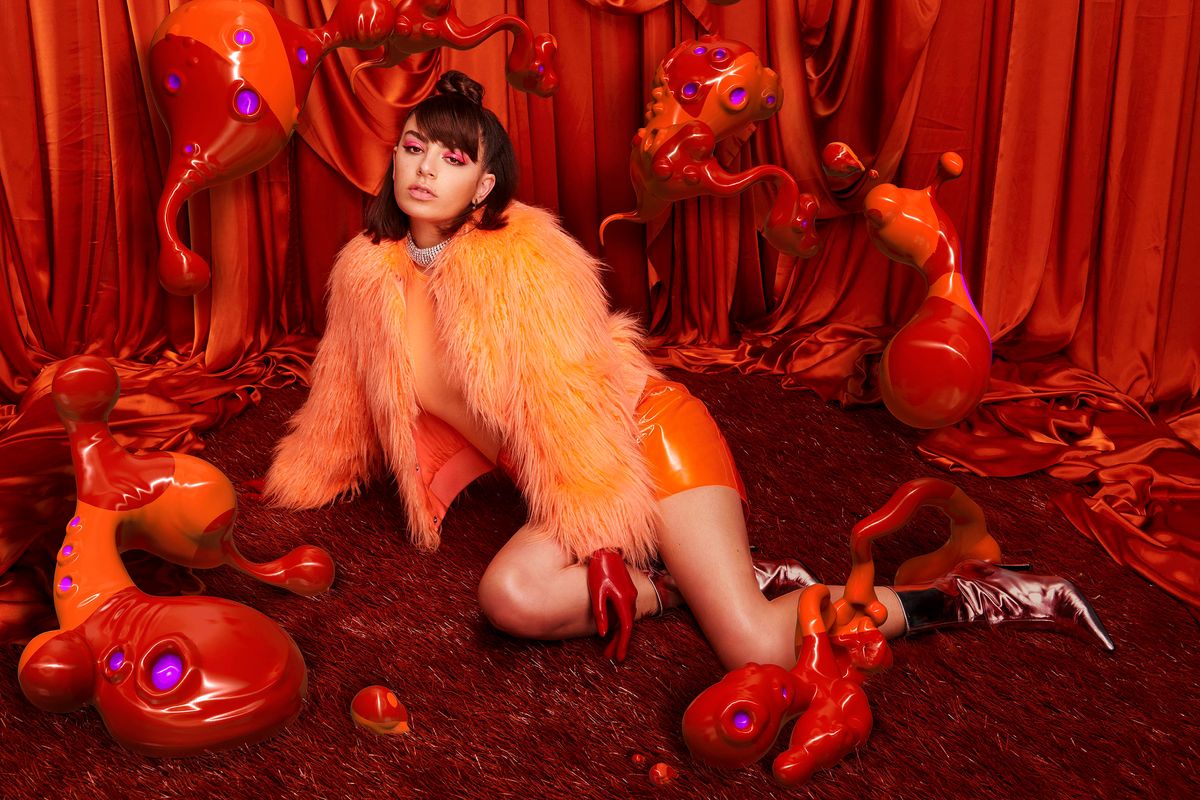 Charli XCX drops yet another summer bop from her series of recent releases. Yesterday was the one-year anniversary of the subversive feminist take on loving and leaving "Boys," and today she drops a total jam that's just for the girls. "Girls Night Out" is basically "Girls Just Wanna Have Fun" for this generation, chock full of charmingly peppy hooks, with deliriously upbeat production from frequent collaborator SOPHIE and Stargate. Now, excuse me while I try on club looks with my girlfriends for a staging of my very own queer-friendly Sex and the City montage.

Santigold dropped a surprise album in the dark cloak of night, entitled I Don't Want: The Gold Fire Sessions and we're screaming. Something about the effort as a whole, which blends Santigold's refreshing mix of tropical music, reggae, R&B, and adventurous pop, feels wonderfully spontaneous and carefree. "Run the Road" is definitely in that vein, with modern hip-hop snares, Berlin synths, rhythmic piano lines, and Santigold's voice high and crystalline above the ear-pleasing fray. It's a good time all around, and Santigold, as always sounds like she's having an utter blast. The energy is infectious.

Chicago native Tatiana Hazel makes sweetly melodic music that is alternately sensual and heartfelt. "Love Rut," from her new EP Toxic, out today, possesses that magnetism in droves. On the strength of a floating, atmospheric synth, layered, smooth vocals, and a minimal backing beat, Hazel sings about attempting to be a player to protect her heart. The chorus confesses what's at Hazel's guarded emotional core: "I try to act like nobody can hurt me, but I know you do," and it really sticks, like honey laced with hot sauce. Unexpected, curious , and strangely delicious.

E^ST is giving us fresh throwback '90s R&B teas today, and we are here for all of it. "I Don't Lack Imagination" is so amazing. The lyrics are loaded with clever wordplay, much like our favorite chart-toppers of yore by Ginuwine, Missy Elliott, and co. were back then. "I'd be down to fuck with you, and you said/ I'd be down for fuckin' too," jumps out like a popped speaker in a drop-top convertible. What's more is the sunny, bombastic production and catchy singalong chorus immediately makes me think of early Hype Williams videos, fish-eye lens, spotlights, metallic textures, aerial shots, and all. I'm just saying, E^ST, just consider this iconic video treatment.

Jaira Burns, who we've had our eye for some time now, released her debut EP, Burn Slow today, and as the title suggests, it's packed with ephemeral, slow-burning energy. But don't be fooled: there are some legit bangers on this record. Case in point: "Sugarcoat," which more fully realizes the singer-songwriter's trademark realness. It's a moody, broody bop about simply tellin' it like it is in a relationship, a virtue that seems to be a lost art these days. As a new and young voice, it's refreshing to hear Burns — someone unafraid to be honest, even if it hurts a little.

Herizen is Cuban-Jamaican vocalist, songwriter and actor Herizen Guardiola. She was most notably a star on Baz Luhrmann's Netflix show, The Get Down, which we're still sad about its cancellation, but that's another story. Anyway, we're here for Herizen's stunning debut single "Social Jungle," of which there is also a beautifully shot video. The video and single chart a similar journey of a person facing an insider-outsider complex, aka the curious phenomenon of feeling alone in a crowded room, until finding a way to escape it all, which, in the video, she does! What's really selling this are Herizen's vocals, imbued with yearning and an ear for tuneful melodies. Watch what happens next.

"If It Makes You Feel Better" by Kira is like a song that dries your tears, while also being the shoulder you can cry on. "Would it make you feel better, babe?/ If I tell you we could try to be friends," Kira sings in a velvety falsetto over harmonious '80s-tinged, slow-burning production. The song comes across as a gentle request that, while making the narrator something of a heartbreaker, let's 'em down easy like Sunday morning.

LA singer-songwriter Kevin Roosevelt, who writes and records affecting R&B under K. Roosevelt, releases his self-titled mini album today. "Out on the Road" is one of the record's lovelorn standouts, built on breezy production, and a melancholy circus-y loop that honors personal and relational transitions en route. "Things changed on the road" is essentially the song's thesis, and it's true throughout life: when you're growing, your circumstances may change, but you're always left with your feelings. Then what? Wherever you go, there you are.

Tinashe drops "Throw a Fit" today, from her upcoming project Nashe, which finds our heroine in a sassy mood for every club's ladies night this summer and beyonod. This track, produced by Hitmaker, is about unapologetically making demands in a relationship, and expecting no less than what you deserve. That's her larger message to be sure, sung cheekily over playful electronic hip-hop beats. But really, while we can do for ourselves, if we want all our clothes designer, isn't life a little better if someone else buys them?