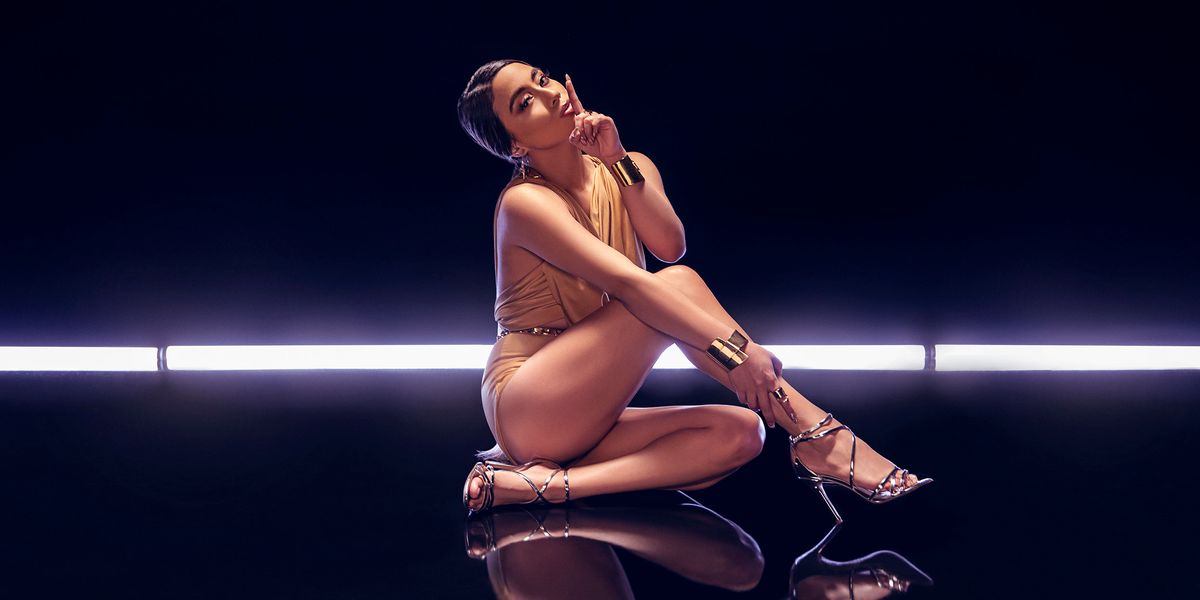 Ally Brooke may be the last ex-Fifth Harmony member to charge out the gate solo, but she's certainly not least. "Low Key" featuring Tyga relies on an abundance of addictive hooks, much like the biggest hits of the group that made her famous. You'll find yourself singing "low key, low key, you should really get to know me," and winding your body like a snake to the song's Latin tango-inspired grooves, perhaps even involuntarily. Something tells me we'll get to know Ally Brooke in 2019 much better than we ever have before.

Mallrat's new song "Nobody's Home" is a wistful song about what feels like unrequited love. Have you ever pined for someone or something who is just out of reach? Employing a catchy, singsong-y melody and a beat that calls to mind K-pop choreography, she reels us in to her isolation. When "nobody's home," you can sing your songs about whoever you want. I'll be playing this one loud, and singing along off-key, for those guys who didn't call or text me back but I'm still quietly obsessed with anyway. Cue horror-movie strings and insert upside-down smiley-face emoji here.

Uffie's latest track, "Sadmoney," from her forthcoming EP is a modern indictment of capitalism. "I'll be pretty till it kills me/Saying I'm sorry to my future self," Uffie sings in a high, lilting vocal, calling out the culture of Instagram posturing that hides any and every flaw. Even at three minutes, it's a meditative, hook-filled, unhurried pop song from a worldly musician, who, now older and wiser, might remind the Uffie we grew up with —the one who once coyly endorsed her own tendencies toward excess — to remember the impermanence of all things. "Sadmoney" is a bop with a social message as relevant for today's times as it ever was.

The prodigious Aaron May, a teenage rapper and singer from Houston, drops the solemn "Let Go," boasting impressive rhymes over a soulful sample. Only the second song we've heard from him thus far, "Let Go" provides a snapshot of a young man coming into his own: a fast-paced music industry for a big-ideas thinker who goes at his own pace. With music this thoughtful, May can (and should) take all the time he needs.

ALMA continues her artfully rebellious flip of standard-grade pop. "When I Die" is a catchy, rattling dance track that call to mind Neptunes circa 2001 production, fused with a rockstar's middle-finger attitude. Think: the sexual nihilism and bad-girl pathos in Britney's snarl on "I'm a Slave 4 U." Dance until the world ends, goes one common fatalistic pop trope —thanks for that one, Brit. But ALMA essentially says: when we die, we dance. Which, somehow, in the span of three minutes feels transcendent.

Rico Nasty remains one of rap's most exciting emerging voices, and "Roof" states the case for why she commands such attention. Coming in red-hot atop a menacing, bass-rattling beat, Rico's vocal warbles like a genuinely terrifying animal that we can't quite name. If the roof catches fire at Rico's party, it might just be because she started it.

Swedish rapper Yung Lean has built a steady profile of releases that delve into his personal demons, and "Creep Creeps" is no different. With a slightly lo-fi trap beat and whirring keys creating a thick, moody atmosphere, Lean raps a long verse about hope and hopelessness, adjusting to fame, and struggling with PTSD and manic episodes. We add this to Bops not to endorse the struggle narrative, but to acknowledge that music as therapy remains an effective medium for many artists. It helps the pain go down easy when it sounds this good, too.

New Zealand electropop project BROODS is the harmonious collaboration of Caleb and Georgia Nott, instrumentalist brother and vocalist sister, respectively. That harmony comes through on even their most adventurous concepts. New album Don't Feed the Pop Monster features some of their shiniest melodies yet. Album opener "Sucker" explores the private sickness of being too gullible in a cynical world, which feels like an apt commentary on a music industry that remains cutthroat as it ever was. But like all great pop tracks, "Sucker" is dualistic, turning a pensive gaze inward to examine how "being a sucker for everything" affects one's personal relationships. The track's gleaming beating heart doesn't offer a solution so much as it identifies the problem. Step One is admitting when you have one, right? Progress is definitely in the cards for BROODS.

Swedish pop singer LÉON's music innately possesses an incandescent warmth. So imagine our excitement upon putting on the epic "You and I," a new single from her forthcoming debut album. The galloping track nicely frames LÉON's vocals, unfurling with deeper feeling each time she repeats the super-sweet "you and I" hook. Complete with bright, bubbly synths designed to catch ears and hearts everywhere, the warmth of "You and I" is something like '80s neon, glowing softly from another time, inviting you to its tender embrace.

Nina Nesbitt's newest album, The Sun Will Come Up, The Seasons Will Change is officially here. "Love Letter" has us breaking the repeat button, first, for its lyrics telling off a commitment-phobic suitor who Nesbitt gave a million chances to (ugh, don't you just hate that?) , but also for the music itself, which, coated in syrupy harmony, suspenseful bass drops, and harpsichord chimes, is like a Destiny's Child from The Writing's On the Wall made new. That sly reference point doesn't feel like an accident. As Nesbitt tells her own story of falling for what seems like the wrong person, she cautions us to look at our own lives. If the writing on the wall spells disaster, get the hell outta there.