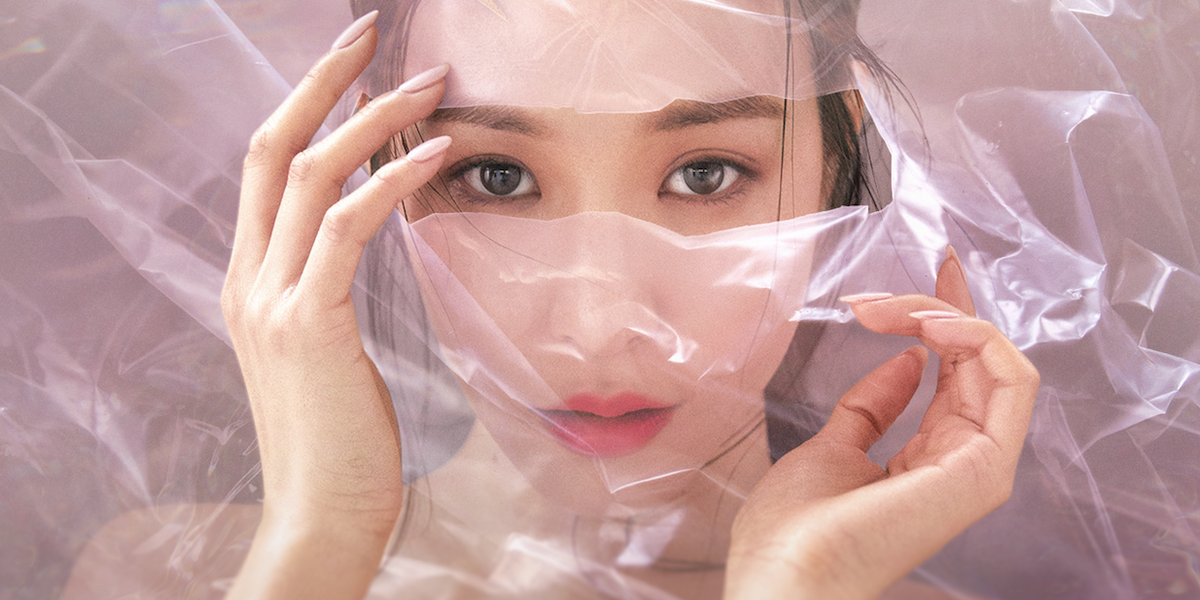 Tiffany Young, the K-pop star from Girls Generation, is ready for America. "Over My Skin" is her English-language crossover debut, and, needless to say, it totally slaps. From the bombastic production to Young's excitable vocals to the cheeky, catchy lyrics, it's got every bit of sugary pop formula a big hit needs. Nothing surprising about Young's pop-star flexing, considering that her training in Girls Generation lasted for a decade. If the brilliant "Over My Skin" is the first taste, we can only imagine what else Young has been cooking up.

Drake dropped double-sided album Scorpion today, and the mere breadth of it (25 songs, 1.5 hours long) is overwhelming in one sitting, not that we count that against him. It'll take us days, weeks even, to parse apart the content of these songs, where others may have a hot take ready to publish immediately. That said, "In My Feelings," the Drake-iest song title that ever was, is one that caught our ears, for being even more Drake than we thought possible. On the second side of the album, which seems to have a mixture of more sung pop and lovestruck R&B tracks, "In My Feelings" features an uncredited female vocal sample and a heavy Southern bounce vibe that could make Big Freedia proud. He raps and sings about love in a way here that feels typically nuanced and magical, which is refreshing. The first half of Scorpion is an exploration of Drake's rapped persona, and while "God's Plan" is an excellent single, the rest of it feels preoccupied with responding to critics and the celebrity scandal echo chamber (read: Pusha T beef/paternity rumors), which, over the course of 12 songs, can feel like a lot. The second half of the record finds Drake a bit more in his element, making cerebral songs about love. "In My Feelings" captures what he does best.

Praise be: Charli XCX hit us with not one but two extraordinary songs today: "Focus" and "No Angel." Mind you, this comes only weeks after the trap-pop fantasia of the "5 In the Morning" single and days after its respective video dropped. So, we're verklempt. We chose "Focus" for the roundup because it feels a bit more unconventional for the always forward-thinking artist. Where "No Angel" chooses a sunny verse-chorus pop structure, "Focus" is rooted in experimentation. A skittering chorus where the words "focus on my love" get drawn out work to draws you in; there are hollowed-out production touches that create space for Charli to do what she does best: command your undivided attention.

Swedish alt-pop band NONONO is back with "Ego," a certifiable earworm of female-based vocals and indie pop that seems ready for the radio. The Stockholm trio channels the energy of not wanting to grow up and into something shimmery, compulsively replayable, and defiant without being sullen. And of course "Ego" is the best for that without even bragging. Swedish pop strikes again, and the authority it holds over most other pop feels somehow innate. Not that we're complaining!

So much about rising Atlanta rapper LightSkinKeisha's "Treadmill" to love: first of all, there's a fitness-themed video that takes the spirit of Ariana Grande's SoulCycle-indebted "Side to Side" to the next level; the song itself is a buoyant, bubbly, body-confident anthem featuring quick, clever wordplay from Keisha running on pure adrenaline; the project as a whole is full of personality. "Treadmill" also smartly flips the fitness motif of David Banner's "Play" and Kanye West's "Workout Plan" videos to celebrate women working on their fitness for no male witness, but just because they damn well please. What's more? It's got a sense of humor. Keisha is a star, and also, apparently, the one to guide your next workout plan.

Your Smith, the moniker of Caroline Smith, is quickly making a name for herself. The Minneapolis native headed to LA a few years ago to pursue singer-songwriter dreams, and before that happened, she had already cemented a collaboration with R&B/hip-hop star Lizzo, on 2014's "Let 'Em Say." Here she is with "The Spot," a breezy tune that captures a type of sweet, youthful nostalgia about hanging out with one's peeps at one's favorite places. Smith's sunny voice sounds right at home on '90s AM radio, and feels like a blend of Sheryl Crow and Weezer. With that in mind, the song's inherent masculine-feminine blend is decidedly 2018, when ideas around traditional gender performance roles are more disruptive (and inclusive) than ever before. In that respect, "The Spot" offers a little something for everyone.

JONES deftly creates sweetly melancholy soul songs about moral examinations of faith and confidence, and for that reason, she's a Bops Only favorite. Her newest single, aptly titled "Silver Screen," explores the ways in which we act through life, whether it be to guard ourselves against pain, or to impress someone. Tenderly sung lyrics such as "I can smile for a while but it's only on the outside" and "when you know the shoe don't fit but you walk in it anyway" are full of self-compassion, but the song as a whole also serves as a fitting critique for an era arguably more obsessed with image. It's no secret that social media allows us to act out our best versions of ourselves while the world is watching. "Silver Screen" gently encourages listeners to ask themselves, "who are you?" and then, "who are you, really?"

Today, How to Dress Well released two singles, one being "The Anteroom," and it's the experimental electronic pop singer-composer's first bit of new music since his fourth studio album, 2016's Care. "The Anteroom" is a bop that builds momentum with each passing second, and unspools into something more fascinating with each repeated listen. Its strengths include a busy, but buzzy rhythm section, full of tiny percussive details that thrillingly seem to hold the song suspended mid-air. But the song's glue? That would be the smooth, velvety voice of Tom Krell, the author of his solo How to Dress Well project.

Let's Eat Grandma, comprising British teens Jenny Hollingsworth and Rosa Walton, released their long-awaited sophomore record, I'm All Ears today, and the whole thing is bold, genre-melding, nuanced goodness that also serves as a complex portrayal of female teen angst. "Snakes and Ladders" is part trip-hop vampiric fantasy (including those elongated, dramatic Casio-style synth stabs) and part esoteric poetry. It's also chock full of stunning, strange couplets that almost shouldn't work but resolve themselves with grounded poignance: "But it feels like we're stuck in the everglades/
Trying to run through life, but we get nowhere" or "All the green clouds fucked up the sky/ But now nothing can smash our glass eyes." Throughout the album, Hollingsworth and Walton remain just as original and uninhibitedly arty in their musical instincts, calling to mind a Gen Z CocoRosie, even on more explicitly pop numbers such as "I Will Be Waiting." Stick around, ladies: We're all ears.

Last but most certainly not least, closing out this week's Bops Only is Shea Diamond, whose earlier single, the irresistible "Keisha Complexion" is still in our heads and hearts as a unapologetically bright and beautiful beacon of Black trans femme sexual desire. She has now released her new EP Seen It All, which features "Keisha" and also this bop, "American Pie," an anthemic, instantly iconic song about getting one's piece of success and recognition, as one chooses to define it. For Shea Diamond, who holds a clear-eyed, worldly perspective likely due to her experiences, "American Pie," sung with to-the-rafters passion, feels like a special personal achievement. She wants her slice, but she's already got it, because simply because she claims herself. That's a win no one or nothing can take from her.