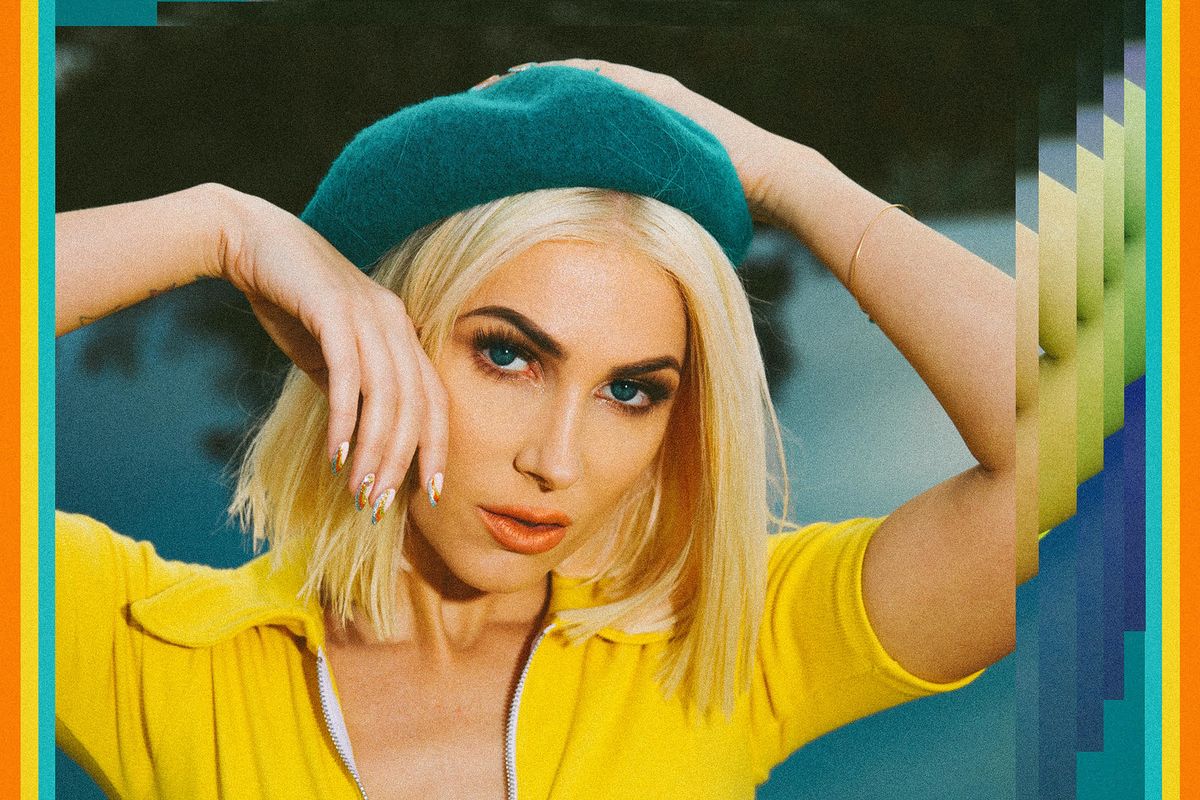 MØ and Diplo are frequent collaborators, and they are back with "Stay Open," a playful bop full of summery island rhythms just in time for summer's inevitable deluge of capable competitors. MØ, a velvet-voiced Danish singer and lyricist, known for crafting impeccable, emotionally fluid tunes about love and all its mythologies, is doing what she does best on "Stay Open:" pledging to stay open for the apple of her eye, but with an easy-breezy sensibility that keeps her buoyant.

Kiiara first captured our hearts with 2015's "Gold," an immaculate pop single full of enough trippy electro stutter to keep in interesting. That sound has become Kiiara's calling card, but make no mistake: she's not limited by it. "Messy" is refreshing in that it doesn't obscure her vocals to the point of digital near un-recognizability — another stylistic device employed by her to stunning effect. It opts for a wide-open-spaces tack, and her lyrics about avoiding disaster in the heat of a passionate relationship are honest, much in the vein of how personal fave Julia Michaels approaches her songcraft. In that sense, "Messy" is anything but: it's compulsively re-playable, and sure to leave a lasting impression worth its weight in gold.

Jungle, the British soul collective from XL Recordings — the label that launched Adele into the next dimension — are back with their latest singles, "Happy Man" and "House in LA." "LA" is our pick for Bops Only this week due to its sumptuous, slow-burning pacing — but it's anything but a snooze. It's got cinematic drama, melancholy, and melody, much like your favorite Lana Del Rey anything. It's one of those soulful five minute songs that doesn't feel like five whole minutes, mostly because there's enough going on to hold your attention: menacing synths, smooth harmonies, outstanding percussive production, etc. "LA" brims with a push-pull energetic tide pool perfect for late-night drives, or if you're really into drama, jumping off a (safe) cliff. Dive right in, the water's just fine.

The second single from Palo Santo, the sophomore album by Our English Rose, Olly Alexander, who performs with Years & Years, is certainly a departure. "Sanctify," the first single was masterpiece sturm und drang, complete with brooding sexuality, and the kind of carnal force that makes you want aggressively ride a SoulCycle bike. (What, you've never done that before? Just me?) Anyway, "If You're Over Me" is a radio-ready kiss-off of the highest order, in which a heartbroken but unbroken Alexander collects himself enough to deliver these burns: "You tell everyone I love went cold/ If that's how you feel, then you should go." The production, paired with Alexander's triumphant lyrics, is decidedly sunny. And if this comes on in your next SoulCycle class, you might ride with a smile on your face instead of a grimace. I should note that Alexander's music of late has a real physicality to it that inspires movement, hence the SoulCycle references. Whether you decide to take this for a twirl or listen while sitting still, I triple-dog-dare you to not at the very least tap your feet to this irresistible tune.

Bonnie McKee, who dropped dark-pop bop "Thorns" last year, and has written for literally all your faves, returns with "Mad Mad World." It capitalizes on McKee's song-craft for sure, but you come for that and you stay for the hooks on hooks on hooks, bbgurl. "Mad Mad World" is so hooky that it will inspire "yaaaaaas"-es heard 'round the world. It manages to be subtle commentary on our overall State of Affairs, while also serving as escapist fantasy. When she sings "I need a vacation," we're all, like, relating, because who doesn't need to get away, but also wanting to make sure McKee doesn't go anywhere. By the sounds of this bop, the fearlessly inventive artist is most definitely here to stay.

Ne-Yo, who has been making sensitive, smart, and consistently catchy R&B for over a decade, is back with new album Good Man, dropping June 8. With that news comes "Apology," which is just so damn refreshing, because in a world where men are running around being unapologetic monsters, Ne-Yo is literally taking a higher road by admitting his wrongs against women. To be fair, the song is part document of past conquests (to keep the sex appeal quotient in tact, of course, because even the best apology songs at least mention sex), but mostly, it's just an honest, heartfelt apology to those he's hurt. It's extremely well-produced, and bolstered by a chewy humming melody that lies underneath the mix. "Apology" is a surefire reminder of Ne-Yo's strengths as a singer, songwriter and producer, yes, but it's also a call to men to just do better. In these times, this sort of message is very needed. We're here for that.

Playboi Carti's new record Die Lit drops today, and of all the marquee features (Travis Scott, Lil Uzi Vert, Bryson Tiller, and others, though, where's Lana and A$AP?), our favorite is "Poke It Out" with Nicki Minaj. The two are in their element together, with Nicki doing her part by adapting to Playboi's playful, hard-hitting, and melodic style of mumblecore rap. She purrs and rides the midtempo beat with cute, idiosyncratic rhymes that see her name-checking Natalie Imbruglia and calling herself "Playboy Barbie." The pair truly sound like their having a great time, and it translates. Walk around this summer with this in your ears flaunting what you've got, partly because Playboi and Nicki say so, and also because you love yourself.

We at Bops Only HQ really like KYLE's output. "To the Moon" was an intergalactic R&B bop; "Playwitme" with Kehlani was a fun exercise in saucy boy-girl wordplay. "Ikuyo," the artist's latest features a characteristically high-energy verse from 2Chainz, and laidback in-the-cut vocals from Sophia Black. But what really sells it is its overall J-pop vibe.

SSION made our list last week, and today, drops O. This standout, which features Sky Ferreira and Patty Schemel (the drummer from Hole!), is just so damn cool. The refrain, a shouty "Girls just wanna be mean," is peak Sky, and it makes us crave her any-day-now Masochism album even more, because like, is this what we're getting?! More please! "1980-99" has got the punky sensibility of its co-stars, and there's an adorable "Twinkle Twinkle Little Star" outtake at the end. I honestly can't wait to get off work so I can stomp around the East Village in my lace-up Doc Martens and pretend I'm living a 1980-something punk-rock existence. But like, maybe we are. This song may feel like it's from a long-lost, glamorously debauched New York era, but I feel the fantasy today, honey.

We're cheating a little, because this song dropped several weeks ago, but the album it comes from, 7, is out today. The seventh release from the dynamic duo comprising Victoria Legrand and Alex Scally is lush as ever, but given a luminous sheen that renders their brand of psych-pop practically perfect. The duo co-produced the record with Pete Kember of English alt-rock band Spacemen 3, and his touch really helps 7 shine. "Lemon Glow" is one of the best examples of this. It's synthy arrangement pulses and throbs; the band's expansive, crystalline melodies glisten like a white-sand beach. But most of all, it's full of infectious joy and a nearly childlike wonder that'll stay with you this weekend and beyond.