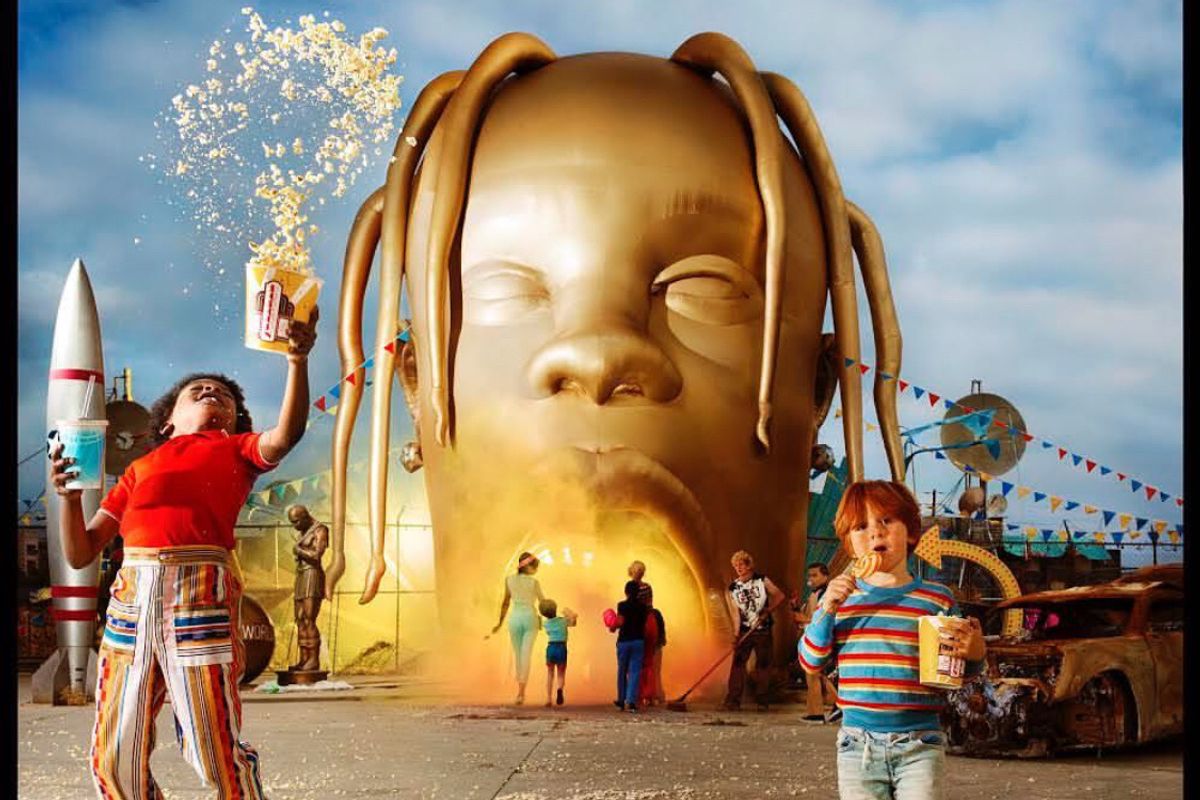 Newcomer Ella Mai, one of our 100 women revolutionizing pop is back with new single "Trip." What's a trip is how reminiscent of our favorite '90s R&B hits this is. It's very on-trend right now, (and part of Mai's personal mission) but Mai's impeccable sense of melody and strong, confident vocals create a warm, enveloping sound all her own.

The mysterious H.E.R. has created an entire body of work based on the murkier, shadowy contours of R&B. Her latest project I Used to Know Her exemplifies this to a tee."Could've Been," a sensual collaboration with R&B star Bryson Tiller muses on realms of unexplored possibilities within a relationship; Tiller is the perfect foil for H.E.R.'s perfectly cast regret. Unlike the classic Mariah Carey meme, H.E.R., even while not revealing her visage, is making sure that yes, we do in fact, know her.

Diana Gordon (former Wynter Gordon) returns with her first completed project since 2013, Pure. It's full of beautiful, soulful songs that strip back veneers of pop stardom to expose the woman underneath the glimmer. "Moment to Myself" is no exception: it's a minimal song that allows Gordon's fluttering falsetto to take center stage as she sings poignant lyrics about needing solitude. It's not as "upbeat" as other bops, but is a bop none the less, mostly because the heartfelt sentiments Gordon expresses here are as pure, as natural, as breathing.

UK producer Mura Masa teams up with London singer-songwriter Nao for "Complicated." The two artists' styles merge seamlessly, as both have a penchant for creating R&B music that defies boundaries and lazy genre classification. The song bounces along a buoyant, quirky groove and Nao's crisp, sweetly delivered vocals further elevate a track about the highs and lows of navigating a thorny lover. It's not that difficult to understand: "Complicated" is a hit.

CHVRCHES, an electronic outfit who has always shown how far you can push the boundaries of plasticine pop, sugary vocals included, is back with a new song separate from their recently released Love Is Dead album. "Out of My Head" goes full on J-pop explosion with our heroine Lauren Mayberry singing entirely in Japanese. It's a great time all around, and further proves CHVRCHES' unlimited inspiration and inventiveness.

Iggy Azalea's first complete musical project in four years is Survive the Summer. It's too soon to tell, but by the sound of this record -- which operates primarily in a mode of detached cool and playful reinvention within downtempo soundscapes -- Iggy just might be poised to thrive. "Tokyo Snow Trip" is one such example, standing out less for its lyrics and more for its whispered vocal performance from Iggy, not dissimilar to a particular whispered crunk classic by the Ying Yang Twins.

Travis Scott drops his long-awaited Astroworld today, and while some of you might be combing through it for Kylie Jenner references, we are doing our damndest to focus on the moody, melodic trap-rap coming out our speakers. "Stargazing" opens the album and sets the tone for a curious, sonically adventurous journey, punctuated by Scott's catchy syrupy Auto-Tuned vocals and a deliriously interstellar beat. The song's four-and-a-half minutes fly by, leaving us a bit lost in the space Scott has created, meaning "Stargazing" is nothing if not dreamy and effective.

Alternative trio Houndmouth's new album Golden Age has a noirish, soulful pop sheen. It makes sense, as one of the album's co-producers is Shawn Everett, who has worked with bands exploring similarly glam sonic terrain such as The Killers. "Strange Love" feels like dance-friendly Bowie in spirit, but updated for 2018, marked by thrilling production detail such as fuzzy vocals and muted guitar stabs. Bolstered by a repetitive hook, "Strange Love' is sure to get lodged somewhere in your cerebral cortex, which: stranger things could happen.

Boy Willows makes music embodying the ethereal confines of the forest. His new EP Woods At Night is out now, and though nature is a primary inspiration, the queer artist fuses contemporary references and a love of funk and into his experimental brand of folky pop. Take "Flawlessa" for example, a commonly used slang in queer circles to breathlessly describe beauty and performance worthy of stanship. It's a dreamy fusion of disco influences, acoustic pop, and Willow's vocals, blended into the fray to draw out the rawer essence of modern culture.

YouTube stars and sisters Cimorelli have released six EPs, their most recent one coming out this week. I Love You, Or Whatever features boatloads of the kind of pop harmony that has become synonymous with their name, but we simply cannot get "32 Degrees" out of our heads. The hook is irresistible, rocketing the radio killer to another dimension by this couplet: "When I look at you I freeze/32 degrees / 32 degree-ee-ee-ees." Pop music this good also has us a little shook, too, but this summery track will leave you with anything but frostbite.