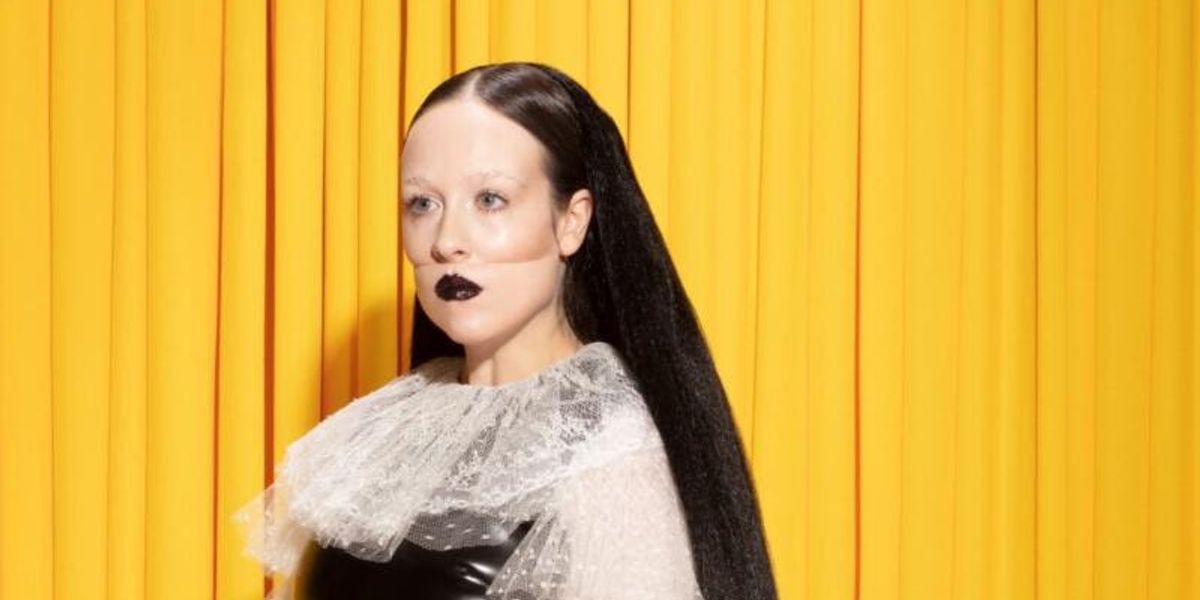 Presenting: Everybody's Talking About 'Ye, the new TV sitcom about free Black men is out now on a streaming platform near you (read: not WAV). Just kidding, but really everyone is talking about 'Ye, the new Kanye West album streamed in Jackson Hole, Wyoming last night to a crew of people who are probably too cool to even talk to, and the rest of us were #blessed with it this morning on the every other peasant streaming platform. JK, I pay for an Apple Music and Spotify subscription, I live in abundance. OK! This one is full of sonic moments, to be sure, but "All Mine," which savvily sneaks in some #MeToo references amongst other light topical fare, is a bop because yes, it's immaculately-produced, yes, vocoder-Ye is still irresistibly catchy, but also: it's something I can imagine people twerking to at the clurb and then deciding that they suddenly feel conflicted for doing so. It's a sex anthem that becomes its own sort of personal-political manifesto that manages to avoid MAGA rhetoric while also maintaining a type of mass appeal? Unclear, but literally who else but Kanye.

Not that Big Freedia needs any introduction by this point to PAPER readers, but for those you tuning in for the first time: Freedia has been owning New Orleans bounce and bringing it to all of us with queer fabulosity so generously for over two decades. She returns with new album, 3rd Ward Bounce, today, and "Karaoke" with Lizzo is just unbelievable. I'm listening to this at work, attempting to tie myself to my chair, because as if by magic, my ass cheeks are involuntarily creating ripples, and my chest is popping as if I have DDs. Lord Gawdess please help me, but also don't intervene, because what I'm experiencing at the moment is so divine that you'll also receive the transmission of Spirit. You're welcome.

The ultrachic and criminally underrated electro-pop siren Allie X, is back in the forefront of our minds with "Focus." It's her first release since last year's CollXtion II, and we've got three words: this goes hard. The beat is a shape-shifting, mid-tempo thing of beauty, part electronic power-ballad, part slow-dance face-melter (like, at the club and at prom, duh.) It's bolstered by the wistfully sung refrain, "When you love someone, it all just falls away," and just like that, Allie X pulls us back to focus on what matters: her. Keep your eyes fixed on her.

MNDR is back, it's safe to say. She appeared on a SSION song on a past Bops playlist, but this is her in her full DIY electro glory, in unabashed technicolor. "Gravity" is MNDR's first solo single since her iconic 2012 Feed Me Diamonds era, and it's a triumphant return. The Hudson Mohawke produced cut is most definitely worth the wait: MNDR, aka Amanda Warner, writes earworm-y lyrics about being sucked into the black hole of a lover's orbit, but the music surrounding it, a Tasmanian devil of sparkly synth and squelchy basslines, is a source of pure euphoria. That dynamic push-pull is what really sells "Gravity." Being high and low at the same time in matters of the heart is something we can all relate to, so why not dance about it?

It's a bop about the affliction of sadness and boredom affecting millennials heard 'round the world. "Sad and Bored," the latest iconoclastic pop jam by German singer-songwriter bülow, finds our husky-voiced heroine trading verses with rapper Duckwrth (not to be confused with Kendrick Lamar) about the phenomenon of rising mental health issues among young people. But what's ironic, and part of what makes bülow's output so consistently brilliant, is "Sad and Bored," with its gleaming synths , sugary melodies, and pitch-shifted vocal effects to the front of the mix, ends up sounding less like an after school special about the pitfalls of depression, and more like the coolest party where maybe other sad and bored kids are moved to dance and, like, do something about it. It's the perfect pop study in contrasts, and further confirms bülow as an artist to watch with razor-sharp wit to boot.

While Ruel's new single came out last month and isn't necessarily a new bop this week, the video did drop today. And its neon-colored, desolate visuals only work to cement what makes this tune pop. It is a swaggeringly confident song about being blindsided by a new love. "Dazed & Confused" boasts a million-dollar chorus, and its slow-burning beat is sure to lodge itself in your prefrontal cortex. Dazed and dazzled, yes, but confused? No. I know what I'm hearing and I want to hear more of it.

Kitten is a power-pop/synth-rock group led by the sheer star power of Chloe Chaidez. Pink Champagne, the band's latest EP, is every bit as sparkly and wildly fun as its title suggests. The title track is a glamorous, high-octane stadium bop with glittering disco and soul samples. The chorus: "you're never gonna get that far alone" is a howling good time built from verses about narcissistic people who ruin a good time. Allow "Pink Champagne" to guarantee that if you put this on, the good times will only keep on rolling.

Perfume Genius, aka Mike Hadreas, will unveil Reshaped next Friday, June 8, a remix album of his amazing, if underrated No Shape record from last year. This Mura Masa remix of the album's biggest single "Slip Away" just slays. Hadreas' impassioned vocals are still front and center for at least the first third of this song, until Mura Masa carves out a day-glo soundscape around Hadreas' repeated ad-libs, fusing electronic buzzsaws, handclaps, and tropical house beats to create an atmosphere of joy and rich textures of nostalgia. It definitely does justice to the original "Slip Away" track while creating something new. What's not to love?

Singer-songwriter Natalie Prass wowed critics and audiences alike with her horn-filled, retro-leaning sensibility that felt just as much a result of hard work as it did inspired. The Richmond, Virginia native's self-titled debut arrived in 2015 and it, along with her impressive live show, got just praise. Prass' sophomore release, The Future and the Past, is out today, and we're obsessed with the album's first single, "Short Court Style," not only because it reinvents her soulful sound with a more danceable sensibility, but because it's so bright, and endlessly catchy. Prass' voice, high, smooth, and crystal clear, gets her Donna Summer on, and we stan because a pop star literally emerges before our eyes, without losing one iota of the extraordinarily crafted musicianship she's built her name on.

Ugh, The Internet is so perfect. Well, the actual world wide web ruins lives, but The Internet, the Odd Future R&B group fronted by Syd, brings us infinite joy and blessings. "Come Over" is mega-iconic for several reasons: it blends a type of old school '70s soul and a distinctly throwback '90s R&B vibe, which, if you don't know by now, is basically my sweet spot musically (and should be yours too, honestly, if you have ears); it has a version that is five and a half minutes long, and a three-and-a-half-minute RADIO EDIT, which is so '90s CD-singles-on-sale at-Walgreen's-nostalgia I can't, the real heads know the tea; there's a Prince-style guitar solo!; it's just plain sweet. Syd's crooned proposal to play Simon Says or watch TV in bed as a list of potential activities leading up to the Main Event is so damn cute. Who in their right mind would turn her down? We certainly can't turn The Internet down or off (even while the government tries to dismantle the actual web). And we don't want to.