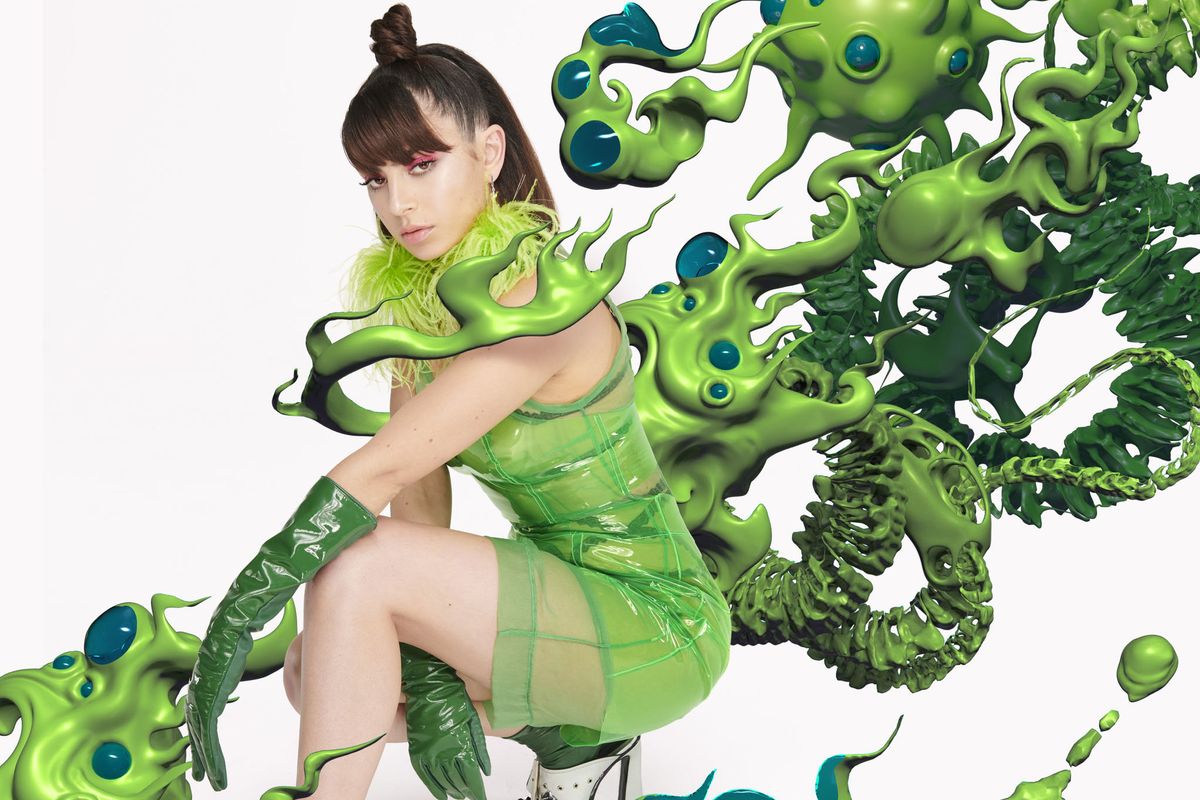 A duo! Charli XCX and Troye Sivan, a couple of today's most innovative pop artists, have teamed up for "1999," a sugary bop that reminisces about pre-Y2K bliss, including but not limited the moment Britney Spears swept the nation with her runaway smash, "...Baby One More Time." The resulting track, combining both stars' international influence, sounds like it would've been right at home on top-of-the-pops radio back then, but it belongs in the here and now, with this generation. Speaking of, are the powers that be still making those NOW, That's What I Call Music compilations? Stick this right on volume 2,876, or however far along on that classic series they'd be by this point.

While the world goes nuts over that iconic A Star Is Born trailer and the movie out officially today, which: spoiler, features no shortage of otherworldly caterwauls from one Lady Gaga, it's all been memorialized in a soundtrack Monsters just might lose their shit over. Sure, we love that Cooper and Gaga have made quite the pair on the promotional circuit for this long-anticipated, Oscar-baiting, surefire blockbuster, citing a mutual love of their own Italianness and the home-cooked pasta dinners that go along with it. But, we are always here for Gaga's fresher songs that remind us of her monster hits of yore, and Enigma to come. "Heal Me," is one such DJ White Shadow-produced offering, sure to tide us over while we wait with baited breath for #LG6. It pairs slow-burning synthpop drama with Gaga's unmistakable falsetto, driven home in the song's to-the-rafters chorus. Just, yes.

"What Do U Like," the newest single from birthday queen Jesse Saint John, is another example of his excellent songwriting ability, and uncanny knack for pairing highly danceable production with smart and incisively emotive lyrics. The vocoder-bot chorus, comprising a repetitive, but melodic "what do u like" refrain, is sure to lodge itself deep into your brain, while his willingness to go to any lengths to please his lover(s) will, at the very least inspire you.

Kelela's re-imagined revisions of her stellar breakthrough, Take Me Apart, arrives today, one year after its predecessor. The notorious musical perfectionist curates an all-star assemblage of collaborators from across nightlife, queer, and performance art circles for music (including serpentwithfeet, GAIKA, and perhaps most iconically: Princess Nokia, Junglepussy, Cupcakke, and Ms. Boogie in one song), that takes her originals to thrilling new heights. Case in point: the revision of "Better," featuring the production prowess of New York performer Joey LaBeija. Where the original version was a contemplative slow-burner with minimal accompaniment, the newer song maintains its chill while adding a bouncy electro-house beat atop it. Parts framing Kelela's soulful adlibs heighten the song's inherent sense of tension. "Aren't we better now?" she asks, sounding differently engaged and meaningful each time she sings it. We can certainly say that yes, we're better off for having gotten this collection of blessings from Kelela.

Marie Davidson, a Canadian poet, singer, producer, and songwriter, works in the realm of message-driven techno. "Work It," a standout from her new album Working Class Woman, is out today, and frames incendiary poetry around the theme of earning one's keep with an equally muscular groove to match. It feels like no coincidence that this song, which include visceral lyrics detailing the senses of how hard Davidson wants to see people work, has more to do with working toward change than working for the man. It's a call to the dance floor, sure, but most of all, "Work It" resonates as a necessary in-these-turbulent-times call to action.

Pop singer Ivy Adara launches her debut Intraduction today, certainly has a way with words. "Callgirl," an irresistible bop that lures you in, title-wise, with the promise of a song advertising a type of sexual politic, flips the script as soon as you dive into the lyrics. It is a standout on an EP full of glimmering tunes about self-empowerment, but when Adara calls out those who've counted her out, she's not suggesting you call her back. Not like those sad sacks can reach her anyway: it's clear that her star is rising faster than they could say "I'm sorry."

On the heels of dance-pop duo Crush Club's forthcoming EP, Alive, out November 9, is "Higher," a transcendent, funky tune about healing and self-affirmation. The story of this song is based on love for the late, legendary Prince, a message meant for him after his death. Says vocalist TC Milan: "We were both really shook and saddened by his sudden departure and we couldn't not sing to him, he's inspired us our whole lives. The song then evolved into a bigger message about getting through the difficult moments we all face in life." Be inspired by this track's insanely high energy, and don't miss their new video, also out now.

Rock outfit Swearin' launches their new album Fall Into The Sun today, their first full-length offering in five years. "Future Hell" is a slice of catchy, punky magic, even in its serious subject matter. But their corresponding 3D performance video, renders the song an even more delightful trip that is anything but hellish. Where there is hell, maybe there's hope? Swearin' certainly makes a strong case for this paradox.

Queer Pakistani/Indian singer Leo Kalyan's brooding new single "Focus" is out today. It's a contemplative bop about moving forward despite obstacles that sounds almost tailor-made for foggy nights spend in the shadows. "I fight the hunger that pulls me under/ I'm trying not to lose my focus/ Although at times it feels so hopeless," Kalyan sings. More than the magnetic pull of a foggy, debauched night, it's Kalyan's willingness to be vulnerable that gives this song its true power.

Brazilian drag performer and gender-inclusive singer Pabllo Vittar drops her second album in two years today, Não Para Não, which roughly translates from Portuguese to "do not stop." Vittar, who has recently released a high-octane collaboration with Sofi Tukker, certainly keeps the energy high throughout the spirited EP. This doesn't mean, however, that Vittar is incapable of vulnerability. "Seu Crime," (meaning "your crime"), is one such example. And you don't have to understand a word of Portuguese to feel Vittar's passion. Her stunning vocals, laced with equal parts sadness and power, illuminate a partner who has betrayed her trust. When she sings, "goodbye" in the chorus, you know she's saying "hello" to a brighter future.