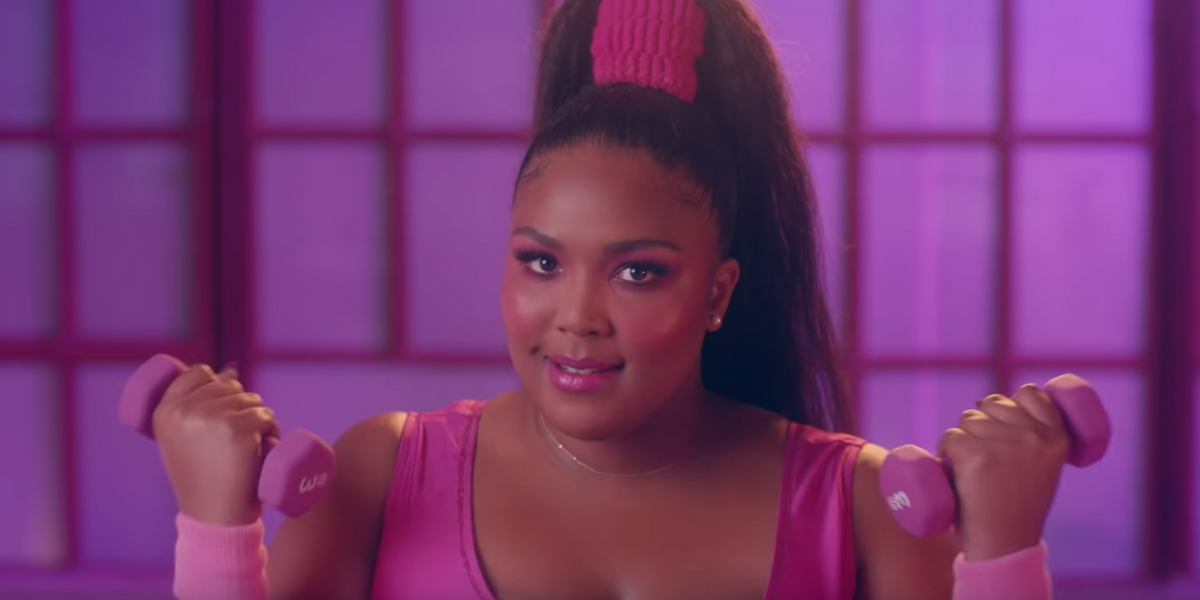 The always delightful Lizzo drops an '80s-tinged jam to ring in 2019. "Juice" is an upbeat song at its core about cutting loose, whether on the dancefloor or in everyday life. And of course, because Lizzo is always winking in her music and imagery, and keeping things playfully fresh, "blame it on my juice" is a double-entendre-filled anthem extolling the virtues of alcohol as liquid courage, and owning your secret sauce. You know, whatever gives you a little something extra. Interpret that however you like.

Why, hello there, Chaka Khan! We suppose it isn't every day that a legend drops a banger, but here we are. "Hello Happiness" is every bit joyful as its title proclaims, with our diva cooing and wailing over a modern, disco-inflected production. Honestly, this song has the potential to do for the gays on the dancefloor what dearly departed Whitney's "Million Dollar Bill" often does: hearing it out live may inspire instant nostalgia and feel-good energy, simultaneously. Now, put this on loud, say goodbye to sadness and have a twirl as if you are the happiest girl alive. It's good for the spirit!

The consistently prolific Future kicks off the first week of 2019 with a new song and announcement of a new, as-yet-untitled album out January 18. While we wait for those details to unfold, "Crushed Up" makes for a compelling listen. Cruising on a rattling trap beat and a loopy "diamonds in my face" refrain, Future muses about dark parts of past from beneath the glare of sparkly jewels. When "I can see it" comes around throughout the verses and again in the chorus, it becomes a mantra defining Future's foresight. He knows where he's headed, because he remembers where he's been.

Chainsmokers collaborator, singer-songwriter ROZES debuts "Halfway There," a song about joining forces and embracing the most difficult parts of one's journey toward self-discovery. She sings with conviction over an acoustic production that becomes more anthemic as it builds to the chorus: "We're already halfway there / Are we gonna finish what we started or just leave it here?" It's a fitting arrangement: "Halfway There," already a fight song in its own right, was just announced as the official anthem of the 2019 Women's March, which happens later this month.

UK X Factor alum Fleur East returns with new single, "Favourite Thing." Boasting a loopy island rhythm and a whole lot of "na na na"-ing all about the sweetness of crushing and loving, this bop just might become your new favorite thing, too.

Trixie Whitley has been building a solid discography of experimental pop bops for some time now. "Touch" is one of the first sensual sensations from her upcoming album, Lacuna, which is produced by Run the Jewels producer, Little Shalimar. The influence of electronic pop, and 808s and Heartbreaks-era hip-hop run throughout the single, as Whitley's smoldering vocals blend into the fray like billowing clouds of smoke into the air. Velvety melodies and all, let Trixie Whitley's touch of jazz, class, and sass be your strongest sense.

Danish singer, songwriter, and producer Jada (real name: Emilie Molsted) has been carving out a distinctive place for herself with seductive early-aughts pop, silken R&B vocals, and modern electronic production. "Lonely" is the latest entry in the new artist's so-far short catalog destined to make her stand out. "You are my fantasy/Never let you get away from me," she sings, drawing out the vowels like every R&B girl-power group you had posters of on your bedroom walls. And just like that, we're lost on our pink plush comforters, listening to Jada on our boomboxes, flipping through Tiger Beat, twirling our hair and yearning for boys to notice us at school.

It's 2019, so I told myself I would more fully embrace joy. So here is MIKA, who is reliably joyful, serving us more than we ever knew we needed in his new single "Sound of an Orchestra." The orchestra in this case (and in every other case) is MIKA's unflappable exuberance: from the strings, to his soaring melodies, and the overall shamelessness of his love. We may live in a society that finds confessional, exciting love clumsy or embarrassing, but MIKA is our patron saint of saying we should move away from that. I mean, because his songs are always addictive, once you've swallowed the honey and admitted to yourself how good it tastes, I'm totally apt to agree with him.

Norwegian singer jens (no caps!) grew up making indie rock music and fizzy pop that he would play with bands in dimly lit clubs. Developing those early chops — plus being influenced by the likes of post-Disney Justin Timberlake and Charlie Puth — helped inform the effortlessly cool music he makes now. Current single "Any Other Way" feels like it was made in a hitmaking factory, which knowing the Scandinavian pop ear, sounds totally within the realm of possibility. But honestly, jens sells his self-penned music with exciting production that sort of leaps out at you in unexpected ways, on-point melodies, and honest-to-goodness pop songcraft. What's wrong with three minutes of pop bliss that you want to repeat?

Speaking of Scandinavian pop stars on the rise, Danish singer Ea Kaya is one voice who demands your attention, most of all for her gorgeous singing and lovesick, intimate lyrics. "4 AM," which is so of-this-time but timeless in its sense of feeling, might be an ideal way to close out your weekend: whether agonizing over your crush's last text message because you haven't a clue what to write back, nursing a hangover with TV in bed, or any combination of the above that brings you heart tremors. All I have to say is when Ea Kaya sings "I want you to need me," I'm on the other side of my island of melancholy, screaming out into the ocean mass, Same, girl.