Boozed up Beatrice of York 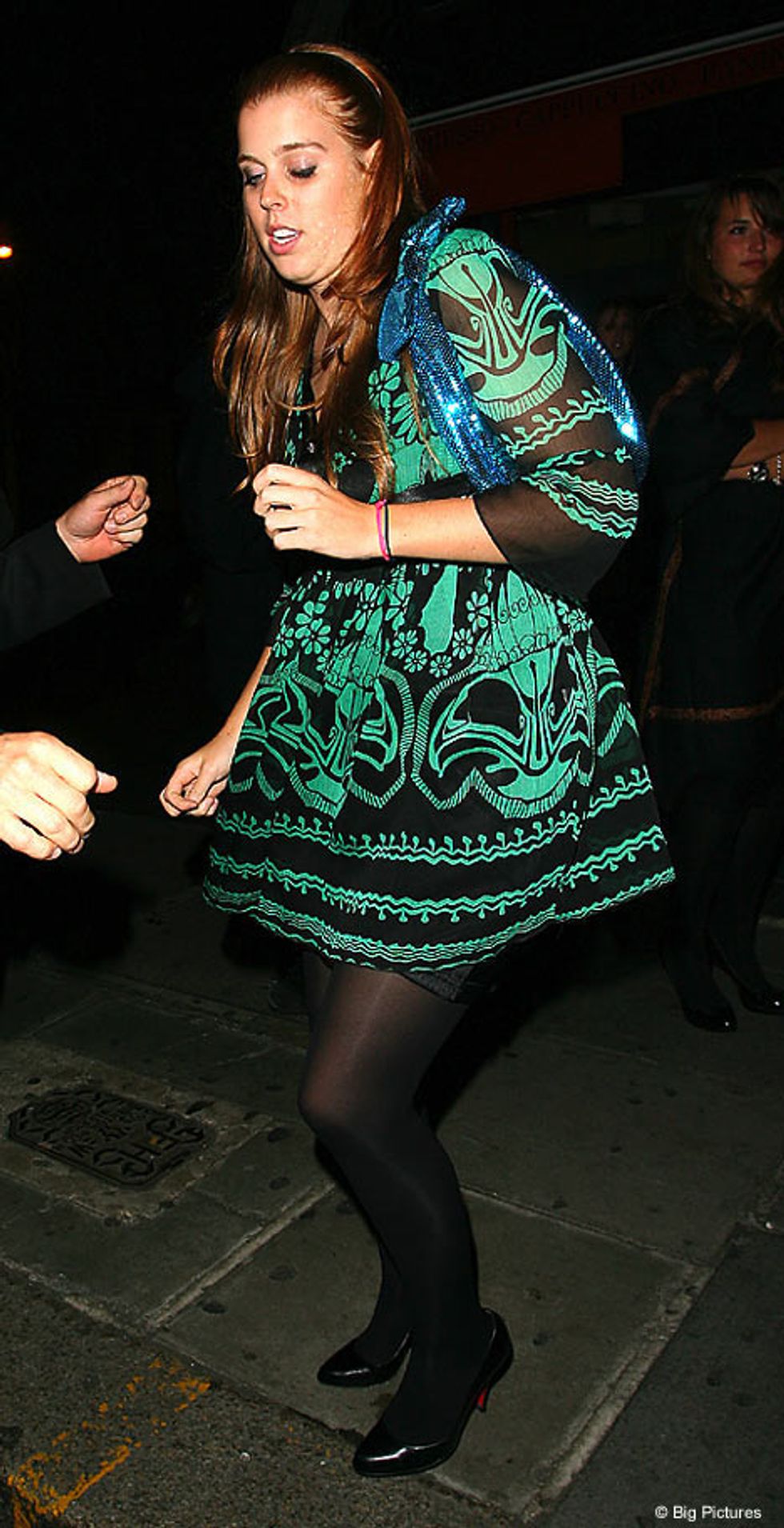 Normally, Mr. Mickey, being a devoted royalist, tries to steer clear of these kinds of stories and photos but in this case, it's to editorialize a bit. Princess Beatrice of York was spotted all boozed up coming out of the London club Boujis at 3:15 a.m. according to the Daily Mail. Drunkeness aside, Beatrice looks pretty great. Now Mr. Mickey understands that the kids want to have a good time, but it looks bad for the family business to get hopped up in public and create a scene. Beatrice is certainly not giving Prince Harry a run for his money. Harry's behavior has been pretty shocking with his drunken attack on paparazzi. Yes the photographers overstep their bounds and are practically stalkers. Still, if these royals want to get drunk or carry on, they can do the dirty work in private. Mr. Mickey is not saying they don't deserve to have fun, MM just wishes they wouldn't be a mess in front of the cameras.