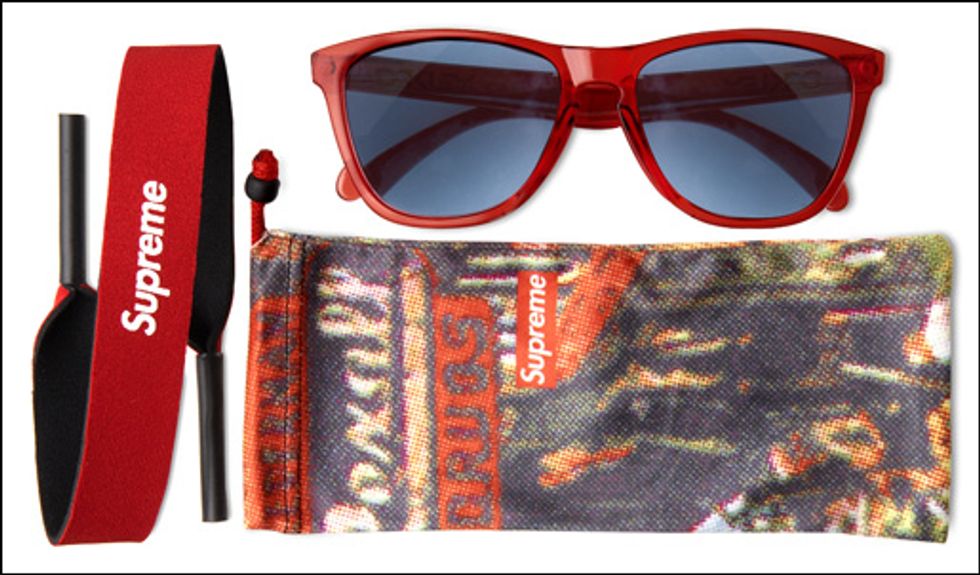 I'm going to get a little shady here for a sec. It dawned on my one day that my favorite shape of shades for the summer is the classic Ray-Ban Ã  la Risky Business. I find the oversize Jackie-O's too Nicole Richie and the Olsens, the wraparounds trÃ©s Posh Spice and the aviators, well, very Brangelina. But I didn't really want the classic Ray-Ban because that seems so clichÃ© and also, they've been making the rounds since ChloÃ« Sevigny was photographed rocking a pair of white Ray-Bans at the As Four show during Fashion Week a few years back -- this incident also ignited a white frame fad that was hot for a while.

Then I stumbled upon the perfect alternative. Oakley and Supreme teamed up and came up with these super-cool shades called Frogskins. They come in five Lifesaver colors -- my favorite is red (see picture) -- and only a limited edition of 2,000 pairs were made ($168). You can get them at Supreme stores and via www.supremenewyork.com and they come with a Supreme logo printed elastic band that basketball players use with their glasses which I think is a total bonus!