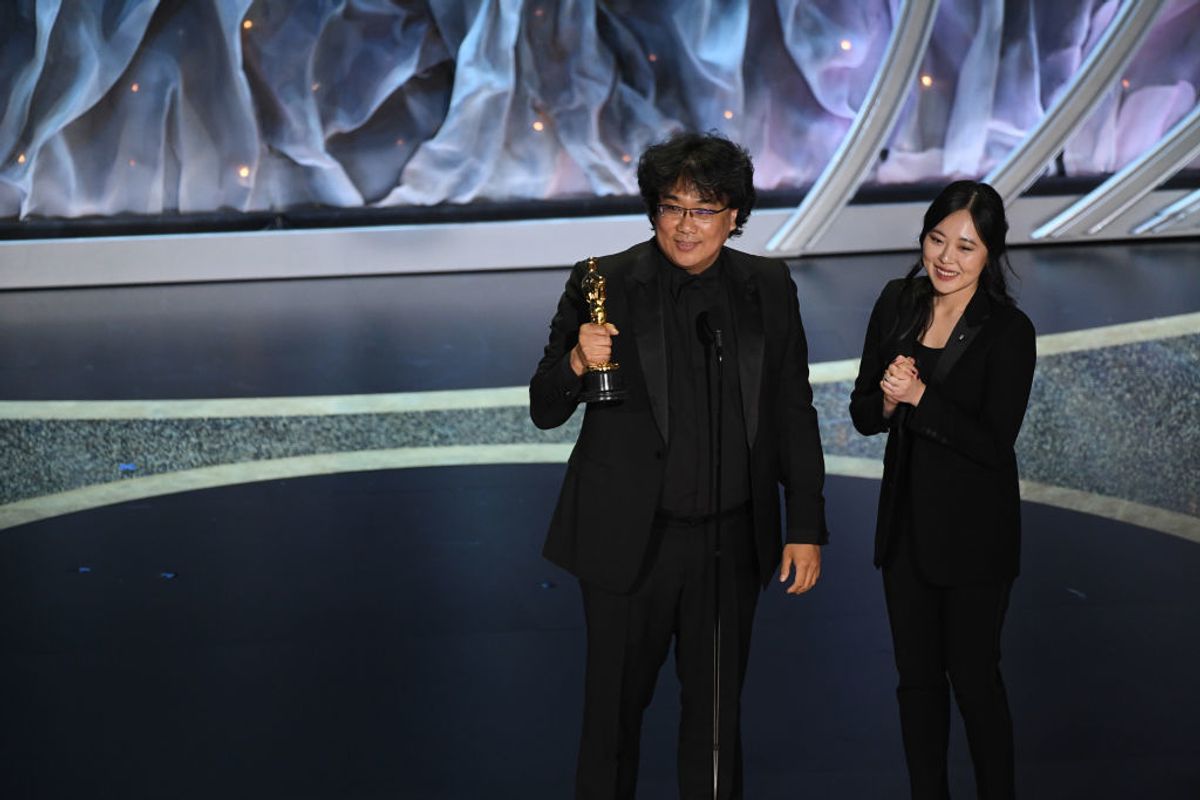 The Internet Gave Bong Joon Ho’s Translator Her Own Hive

It's no secret that Parasite has absolutely dominated the 2019/2020 awards season: from the Palme d'Or at Cannes to four Academy Awards, director Bong Joon Ho has made history as the first Asian filmmaker ever to win top prizes at multiple major film events. Suffice it to say, he's had to recite many an acceptance speech.

And while the acclaimed director's fanbase — #BongHive — has grown rapidly in the past few months, his trusty translator Sharon Choi is finally getting recognition in her own right. Last night, after plenty of screen time at the Oscars, the internet was quick to create stan memes and edits praising Choi's work:

Although Choi's current employment has led her to become a fan favorite this awards season, it seems we may be seeing her at future awards shows in a different context: as a director. When asked about Choi's ambitions in a backstage interview, Bong said, "She studied film in the university. Actually, she's writing some feature-length script. I'm so curious about it."

According to reporter Steve Pond, Choi's developing script is set during — wait for it — awards season. If anyone has been able to see the ins-and-outs of awards shows and festival circuits, it's Choi. She also has Bong as a friend and mentor, seemingly as close as it gets to an ideal collaborative match.

As this season comes to a close, Parasite fans now have a new queen bee to worship. Until then, Bong's trove of interviews and acceptance speeches — with Choi at his side — from the past year will just have to be rewatched, including this heartwarming moment between Bong and Choi at the Parasite after-party. Watch, below.