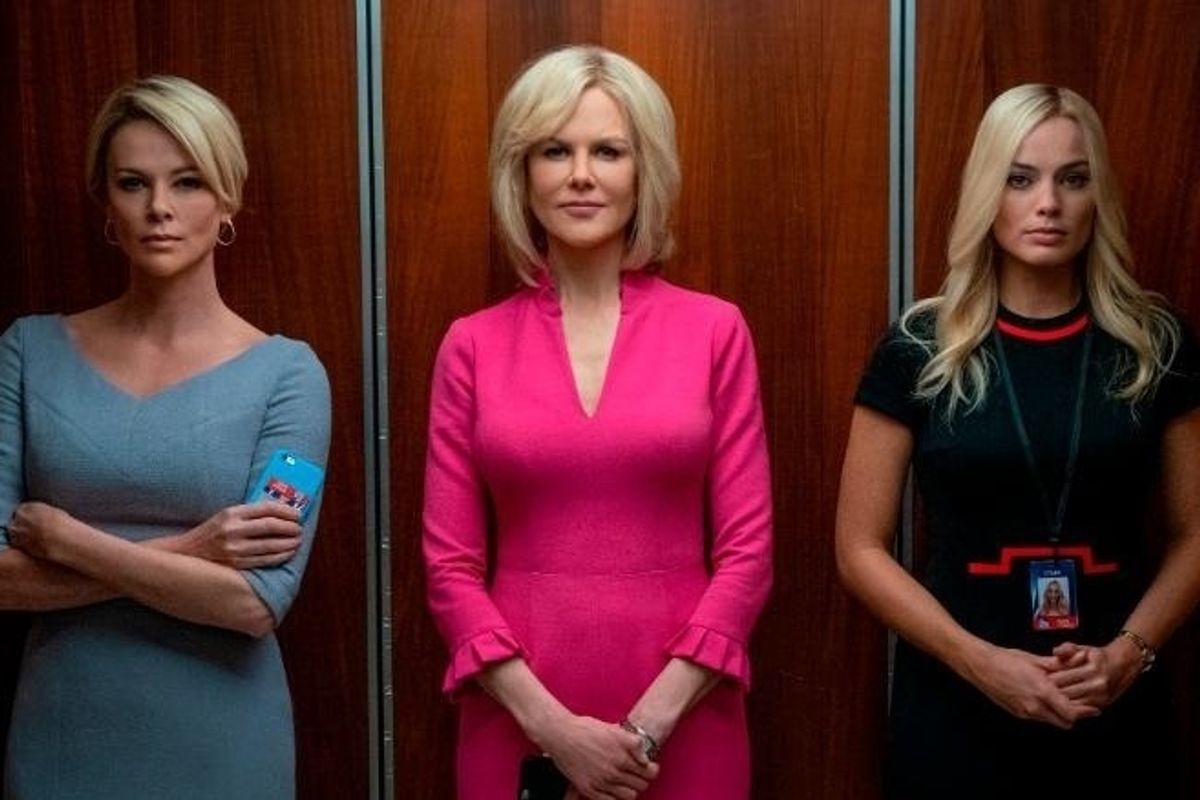 Nicole, Charlize and Margot Are the Women of Fox News

We've finally been introduced to Nicole Kidman's Gretchen Carlson, Charlize Theron's Megyn Kelly, and Margot Robbie, as a fictional news producer named Kayla Pospisil. The sheer blonde anxiety of the trailer's three minutes, as the women exchange pinched smiles and determinedly don't stare at each other in an elevator, is enough to give you a heart attack. The hair, make-up and wardrobe already look incredible, though as my coworker Katherine Gillespie points out, the dye jobs actually look just a little too expensive for Fox.

Bombshell is shaping up to be serious Oscar bait. The film will tell the story of how Gretchen Carlson's sexual assault accusations against Roger Ailes, that opened a floodgate of accusations against him and others, resulting in Ailes resignation and the restructuring of the network. Based on the trailer, it'll focus on the female whisper network at Fox it took to make it happen. It's directed by go-to political thriller director Jay Roach (Recount, Game Change, The Campaign) and written by Charles Randolph (The Big Short, Love & Other Drugs, Exposed).

The star power is off the charts. Aside from the aforementioned bombshells, John Lithgow plays Robert Ailes, Allison Janney will be Ailes lawyer Susan Estrich, and it also stars Kate McKinnon, Mark Duplass, Connie Britton, and Rob Delaney.

Bombshell is the second cinematic look at the Ailes story — a miniseries on the topic, The Loudest Voice, starring Russell Crowe as Ailes and Naomi Watts as Carlson, debuted in June.

Bombshell is set for release on December 20, 2019, by Lionsgate Films.