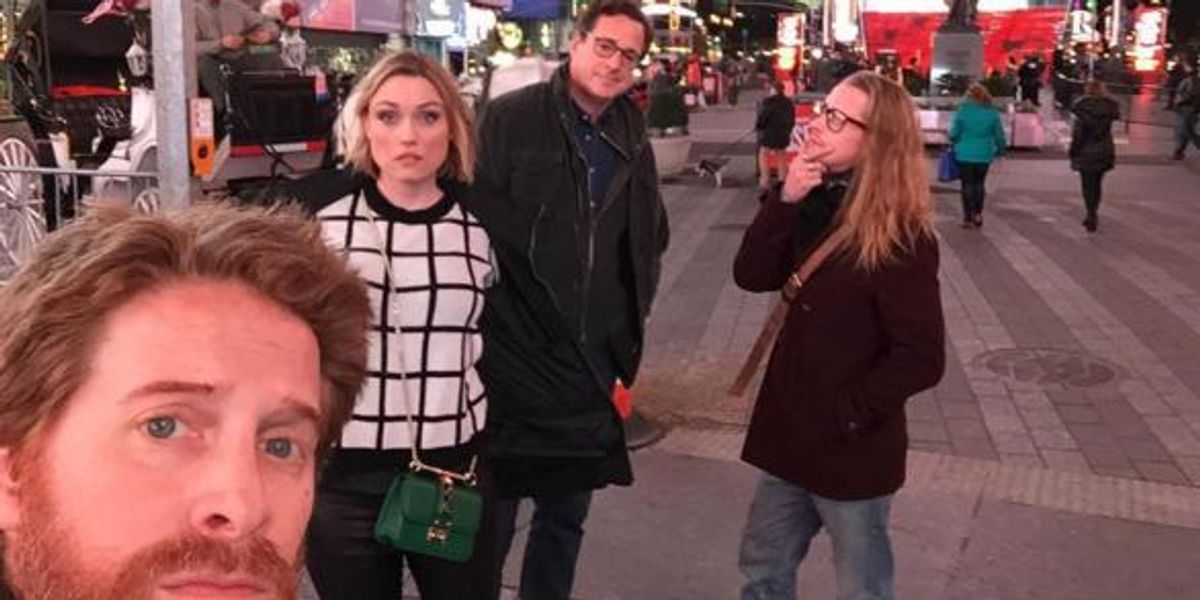 Yep, the title pretty much sums it up.

Some of the most iconic faces of the 90s--Bob Saget, Macauley Culkin, Seth Green, and his wife, Claire Grant--converged in Times Square Friday night for a lavender tinted selfie, and the result is nostalgia overload that makes the most "If You're A 90s Kid" BuzzFeed post quiver.

The trio was hanging out post Hand to God, the new Broadway show Bob Saget is currently starring in; just last month, Ashley Olsen reunited with her former onscreen dad at the show's opening.


"Fun times last night after show in the #TimesSquare with friends @ClareGrant, Macaulay Culkin, and the master of the selfie, my pal @SethGreen," Saget wrote.

Of course, Mr. Culkin doesn't have any Instagram, or social media accounts for that matter (that we know), which doesn't help the fact that he's constantly rumored to be dead.

The crew is most likely friendly after Saget and Culkin lent their voices to Adult Swim's Robot Chicken, which Seth Green co-created.