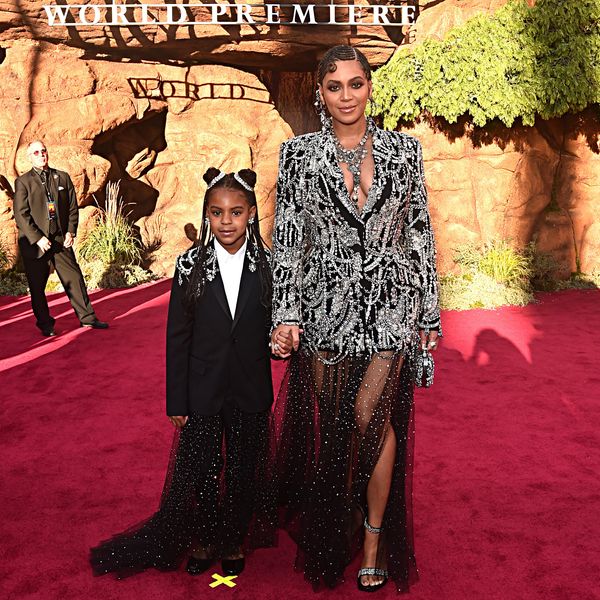 Blue Ivy seems to be taking after some of mom, icon and singer Beyonce's array of spectacular talents.

The 7-year-old, according to grandmother Tina Knowles Lawson, is a bit of a makeup artist. Tina, who was headlining the recent Beautycon LA festival, took the stage to talk about philanthropy in beauty and revealed how her granddaughter has already mastered the cat eye.

"I've bought Blue so many makeup kits, much to her dad's dismay," Tina told ET. "But it's just for playtime. We have fun! She puts stones and does all this fancy stuff. She can do a perfect cat eye. She's a little artist."

Although proud of Ivy's beauty talents, she mentioned how daughters Beyonée and Solange weren't allowed to really do elaborate makeup until they were teenagers, and why young girls should wait. "I think about 13. It's when I started letting my girls wear makeup," she said. "A little lip gloss, maybe a little blush and I always believed in mascara, that's so fun. But not any base and all that stuff, that's a little much."

That said, Ivy has been expanding on a lot of her other acquired talents including music, in the meantime. Just earlier last month, she dropped her own song that made it to the Billboard Top 100.

"She is very sassy, high energy and knows what she wants," a source told PEOPLE last month. "Especially after the twins [two-year-olds Sir and Rumi] were born, Beyoncé made sure that Blue was able to embrace her new role as a big sister. She also lets her go to video shoots, award shows and music recording. They have a very special bond!"