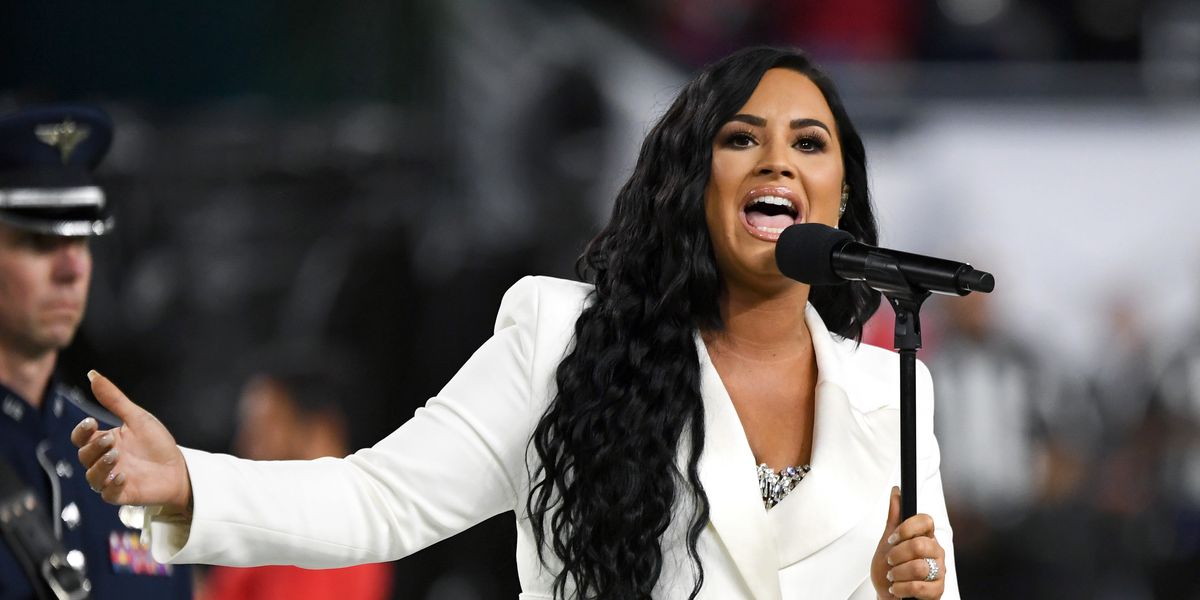 Blue Ivy Is a Lovatic, as We All Should Be

If you didn't tune in to the Super Bowl last night to at the very least watch Demi Lovato perform the national anthem, then you missed out big time. The singer, who recently made waves with a big Grammys comeback performance of her new track "Anyone," didn't miss a single note in her rendition of "The Star Spangled Banner," and you can be sure that Blue Ivy Carter will endorse that assertion. She has it ready for playback at a moment's notice.

Seated next to her mother and father, Blue can be seen recording for the duration of Lovato's performance on her iPhone. Whether or not Blue runs a secret Demi updates account on Twitter and was recording to show her fellow fans is besides the point; we've got a certified Lovatic on our hands, paving the way for the rest of us.

Prior to the game, Blue took a stroll with Jay-Z through the Hard Rock Stadium grounds, snapping pics and texting during their walk on the field. She paused for a bit to toss around a football with her father, but didn't break a sweat — her leather jacket and studded boots combo didn't exactly allow for a Heisman Trophy-worthy performance. Nevertheless, the Ivy League was grateful for her surprise appearance at the game and the NFL should run her a check for the gracious promo.

Beyoncé and Jay-Z are also managing to make headlines whilst sitting next to Blue, but for the fact that they did not stand to observe the anthem. Conservatives were immediately outraged, with Tomi Lahren blubbering about the situation on Twitter to no real support aside from bots. Moving on!