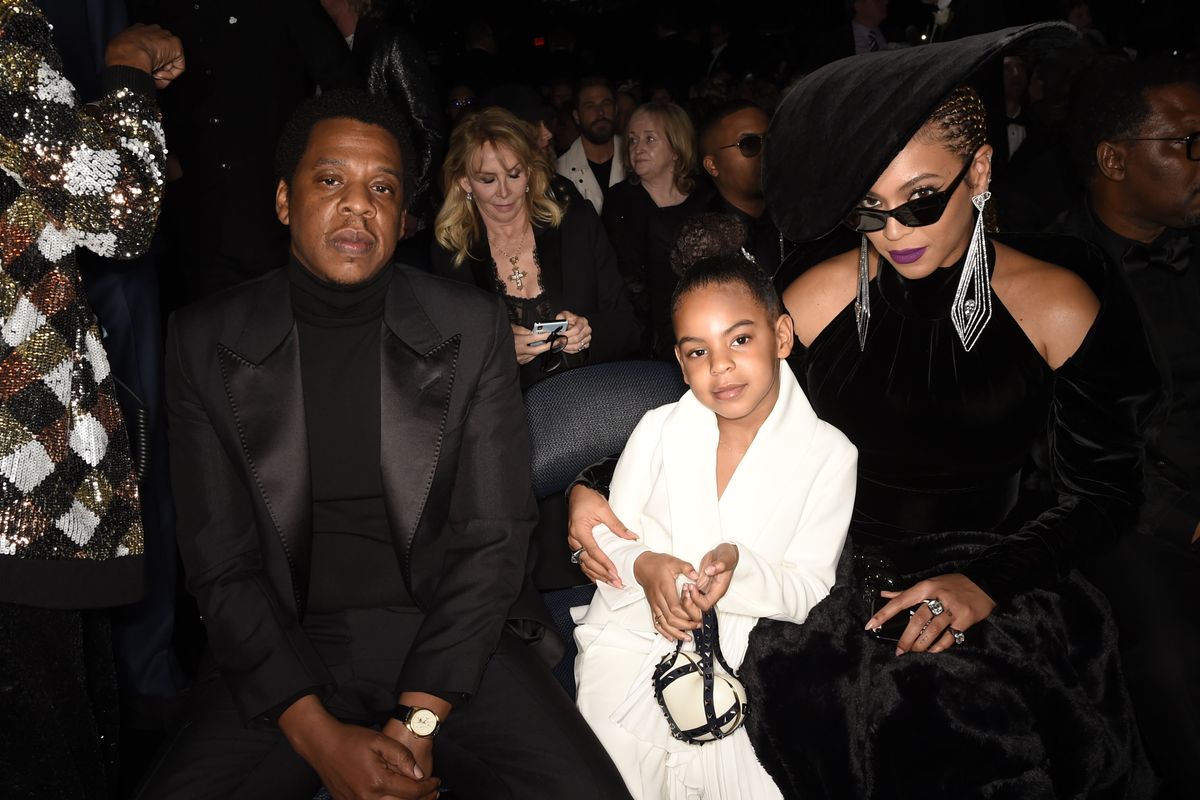 It all started after Megan Thee Stallion posted a photo of herself with Beyoncé and Blue Ivy at a New Year's Eve party. And while most people were happy to talk about how adorable the 7-year-old looked, Vanity Fair's K. Austin Collins and Harper's Violet Lucca obviously thought else wise.

According to NBC, Collins initially wrote, "I have a feeling the jay z face genes are about to really hit Blue Ivy, and I feel so sorry for her," a remark that Lucca responded to by writing, "They haven't already?"

Sadly though, it didn't stop there, as Collins then went on to add, "You're right. But she's lucky — if it happens now, she'll definitely grow out of it. Get the ugly duckling phase done early," before Lucca chimed in, "Or she'll get plastic surgery at 16 a la Kylie Jenner, and we'll all have to pretend that she always looked that way…I can't allow myself to feel too sorry for the incredibly rich!"

Obviously, the internet didn't take too kindly to the tweets. In response to the tweets, many pointed out the problematics surrounding their commentary — including writer Mikki Kendall, who wrote a thread about the "impact" of making fun of a child's looks, especially when the criticism is rooted in colorism and anti-Blackness.

"In case anyone is confused about why people are upset @melvillmatic insults Blue Ivy (a child!) & then @unbuttonmyeyes replies with a crack about plastic surgery," as Kendall wrote. "Now he works for @VanityFair & she works @Harpers in case you ever wondered about media influence & misogynoir."

In case anyone is confused about why people are upset @melvillmatic insults Blue Ivy (a child!) & then @unbuttonmyeyes replies with a crack about plastic surgery. Now he works for @VanityFair & she works @Harpers in case you ever wondered about media influence & misogynoir pic.twitter.com/RqwTPWVvpX

Since y’all wanna be bold and anti-Black on this app, especially when it comes to Blue Ivy: pic.twitter.com/8os61E12V8

Blue Ivy has never caught a break. This is are full grown people who are practically sexualizing a 7 year old black girl bc she doesn't have their prefered Eurocentric features. Who tf looks at a little girl and thinks that she's attractive/ugly. Fucking incels#boycottvanityfair https://t.co/CQ01UjLdgc

Following the backlash, both journalists responded to the controversy, with Collins writing, "I'm sorry about the Blue Ivy tweet — bad joke, and black girls, in particular, deserve better."

Meanwhile, Lucca said, "Children of famous ought to be off-limits, but time and again they haven't been. So I said something petty and have been called ugly, old, and a racist," before adding, "I'm not playing the victim...sorry that I insulted Beyoncé's daughter by suggesting that she might get plastic surgery some day, like many children of famous people do."

​Both have since deleted their original tweets.