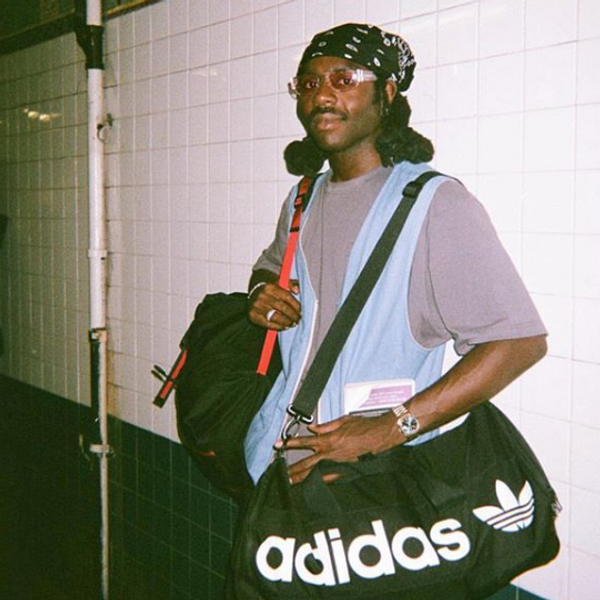 No one would argue that Dev Hynes isn't tapped into the zeitgeist, especially in terms of his collaborations.

On his newly retooled "Smoke" remix, the original appeared on his critically acclaimed latest album Negro Swan — Hynes enlists Yves Tumor and Ian Isiah, our favorite new R&B star. In the song's initial form, it relies on a nuanced simplicity, with spare lyrics including, "The sun comes in/ My heart fulfills within." It was also the finale on an album chronicling, specifically, queer Black depression. So, it's fitting that this song's collaborators represent a range of queer Black experience.

In the revamp, over spacey, brooding beats, "Smoke" muses about loss and powerlessness. "Have you ever lost somebody/ felt so helpless," Yves Tumor sings, before joining with Ian Isiah on the penultimate verse to sing the song's initial "sun comes in" refrain.

Hynes closes the song with a powerful verse about grappling with the untimely death of Mac Miller, rapping about regret. "You invited me over and I was overcome with feelings of being done/ but wanted to waste my time... with my regret RIP my boy Mac" and this kicker: "I couldn't even prepare for the loss/ What could I do but cry?"

Listen to the heartfelt "Smoke" remix below, and catch his "Charcoal Baby" performance from last night on Fallon.