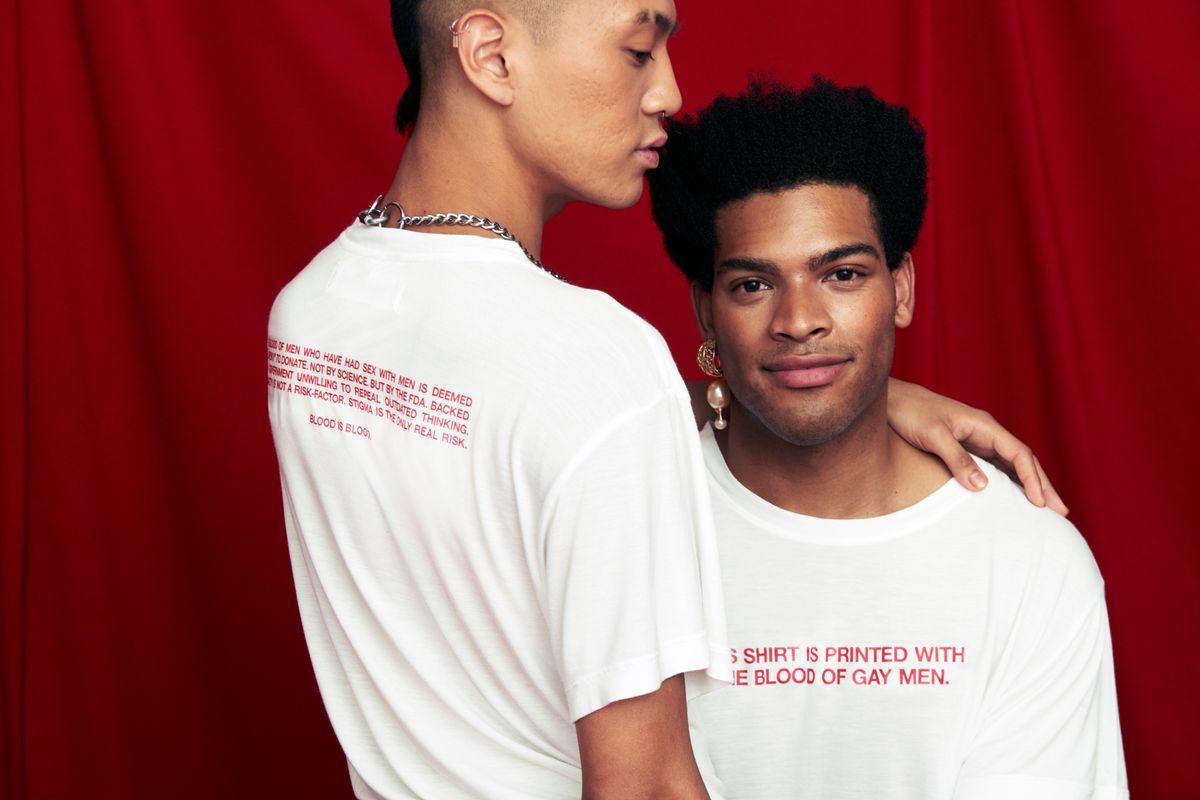 This Shirt Is Printed With the Blood of Gay Men

The shirts explicitly critique the homophobic policies upheld by the FDA that prevent queer men from donating blood if they have had sex with another man within the last year, a policy that has been implemented in various forms since 1983. The white t-shirts contain red lettering that says, "This shirt is printed with the blood of gay men" on the front. The back reads, "The blood of men who have had sex with men is deemed 'too risky' to donate. Not by science. But by the FDA. Backed by a government unwilling to repeal outdated thinking. Sexuality is not a risk-factor. Stigma is the only real risk. Blood is blood."

The shirts are made using blood donated by gay male employees at Mother New York and are intended to draw attention to the fact that queer men are prohibited from donating blood purely because of stigma associated with queerness. All blood that is donated is screened, and prohibiting any one group of people from donating based on their sexual identity is discrimination. Reuters reports that if the ban was lifted, blood donations could increase by 615,300 pints a year, which is enough to save as many as 1.8 million people's lives.

The proceeds from the shirts go directly to the Callen-Lorde centre. Buy the shirts here.