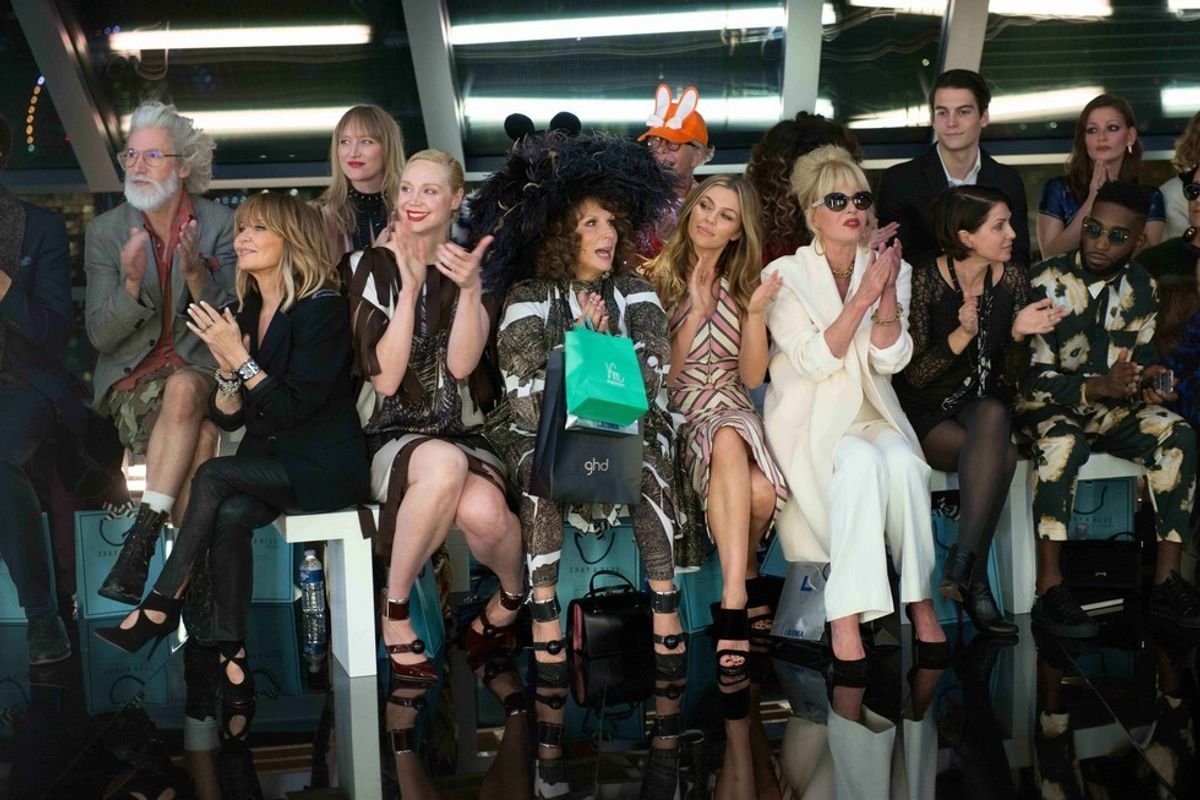 Summer 2016 Blockbusters: Which to Watch, Which to Skip, and What To See Instead

After just a month it's painfully clear that the summer of 2016 has been anything but kind to moviegoers. Blockbuster season started earlier than normal (March!) thanks to an onslaught of big-budget superhero films -- namely the groan-inducing Batman V. Superman: Dawn of Justice and the safe but relatively boring Captain America: Civil War -- and hasn't managed to get back on track since (unless you're talking about that popcorn-and-explosions masterpiece, Finding Dory). What's a film buff to do the rest of the season? We at PAPER thought we'd whip up a quick guide for the next eight weeks of summer to what blockbusters are worth your time (spoiler: not many!) and what movie you should drop that $13 for a ticket to instead.

A Steven Spielberg film based on a beloved children's classic about a, well, big friendly giant -- sounds like a match made in heaven, right? Unfortunately, as The Adventures of Tintin proved five years ago, that's not always the case.

Guaranteed to be about as thin on story as The BFG, but a whole lot more fun as the low-budget survival horror series provides plenty of visceral horror movie thrills. The third entry is again written and directed by James DeMonaco, and even comes with an election themed plotline that's almost less crazy than what's going on in the real world right now.

Blockbuster: The Secret Life of Pets

Every year there's one animated film that goes way too big, boasting an embarrassment of voice acting riches -- Kevin Hart, Jenny Slate, and Louis C.K., just to name three -- and aggressive, inescapable ad campaigns. This year, Secret Life of Pets is it. Unless you have kids, or are a computer animation aficionado, you're safe skipping this one.

But not all cartoons are just ways to keep kids quiet and occupied for two hours. This documentary focuses on the amazing true story of young autistic boy, Owen Suskind, who, thanks to the help of Disney's animated classics, finds a way to reconnect with the outside world.

There's been so much needless controversy surrounding this film that everyone's lost sight of the fact that, whatever Men's Rights Activists may think, the first Ghostbusters wasn't exactly Citizen Kane. Even OG (original Ghostbuster) Dan Akroyd said the new one's funnier.

You should still go see Ghostbusters, if only to stick it to the MRAs and continue to prove that women-led films can be box-office monsters. But, if you also want to see something a little less focus-grouped, there are two Kristen Stewart films to choose from this week and this one--a dystopian thriller about two people who regain the ability to fall in love--doesn't come with the baggage of having been directed by Woody Allen (Cafe Society).

It will be nice to see Fast and Furious savant Justin Lin direct a movie that's not centered on street racing, but after 2013's disappointing second installment, there are signs that the Star Trek reboots have already run out of steam (new Rihanna song notwithstanding).

Was there really anything else we would suggest you watch this week? Patsy and Eddie are back, sweeties! Ab Fab has been worth watching in all its many iterations over the past quarter century. This movie might not be breaking new ground, but there will be enough smoking, drinking, cracking one-liners and ridiculous outfits to satisfy the most dedicated fan--plus Kate Moss plunging into the Thames!

The Bourne films have always been a cut above other action movies--stylish, cerebral, and elegantly cut. The fifth adds the always-welcome Tommy Lee Jones (think Fugitive), but also brings back Original Bourne Matt Damon, who, though great, would be much nicer to see trying something new.

In the late '90s and early '00s, J.T. Leroy won plaudits for his autobiographical tales of his harrowing life as a homeless, drug-addicted prostitute--only to eventually be revealed to be a fictitious creation of writer Laura Albert. This doc is an artful look at one of the greatest and strangest literary hoaxes of the last century and a perfect reminder of why it was so fascinating in the first place.

The last time director David Ayers tackled an anti-hero ensemble piece it resulted in Arnold Schwarzenegger's lowest grossing film in decades (Sabotage, which pulled in a mere $17.5 million worldwide). Add that to the fact that Suicide Squad was made before Warner Bros. decided to drastically change the course of the DC cinematic universe and rumors of reshoots, and the movie has all the makings of a real mess.

A biopic about Ray Kroc, the man who turned McDonald's from a local chain into one of the world's most dominant and recognizable brands, may not sound appealing at first. But when he's played by Michael Keaton, in the full flow of his must-watch late-career renaissance, Kroc becomes as irresistible as his chain's fries.

The throwback Amblin Entertainment vibes that emanate from the trailer are cool, but thus far the majority of Disney's attempts to translate their animated classics to live action have felt completely unnecessary (Cinder-who-a?)

Yes, it's another animated film with a star-studded voice cast -- Seth Rogen, Kristen Wiig, and Jonah Hill, this time -- but unlike The Secret Life of Pets, this one isn't made for the elementary school set. If your humor veers towards the raunchy, Adult Swim end of the spectrum, it's almost certainly worth a watch in the August film wasteland.

Jonah Hill and Miles Teller in a movie directed by Hangover trilogy mastermind Todd Phillips? Seems unlikely that there will be a film that makes you feel sleazier released this summer. If you really need to know, it's about a pair of young Miami bros who get into gunrunning--but that doesn't make it sound any more appealing.

A visually striking and surreal take on the coming of age story, Closet Monster focuses on a sexually confused outsider trying to get by. Connor Jessup plays the teen in question, who tries to save himself from the horror of real life (one tragic incident, in particular) by retreating into fantasies. There's one of these worth watching a year and this appears to be it. Plus, it's got Isabella Rossellini as a talking hamster.