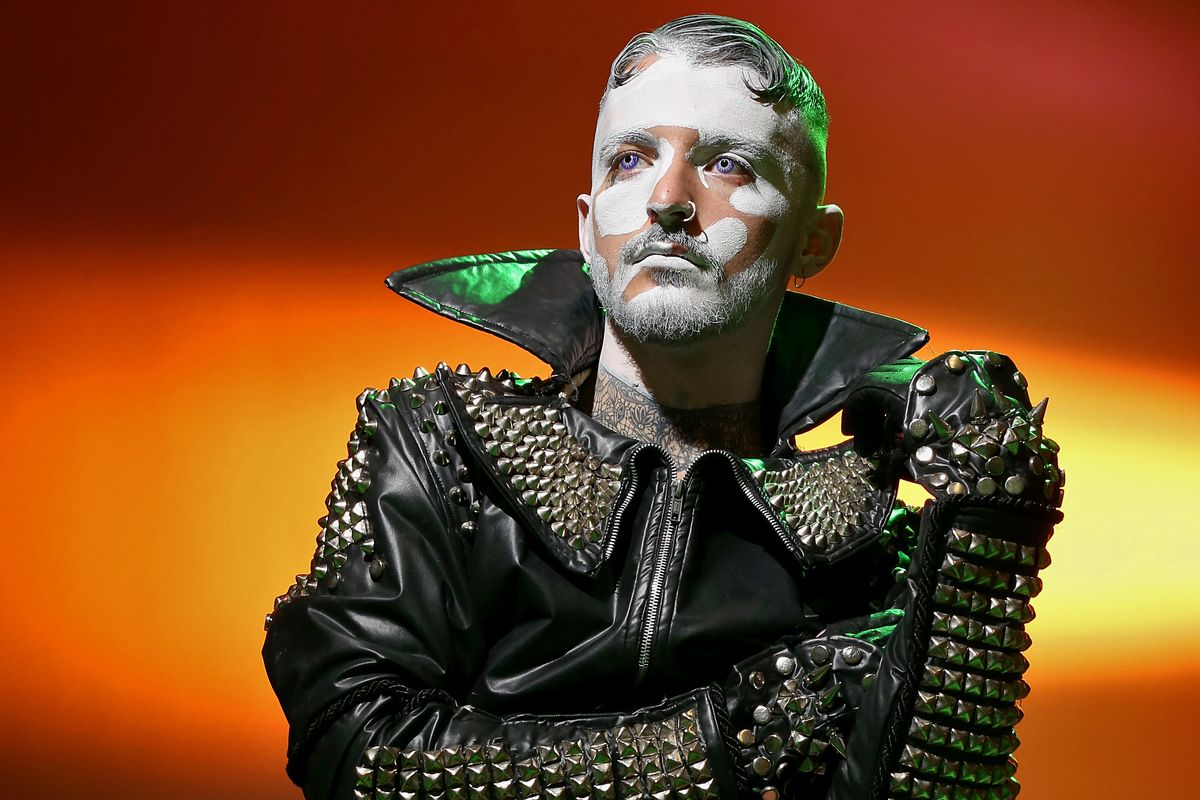 Blew Velvet is both the eponymous experimental pop project of the artist's personal voice, and a reference to probably your (admit it) favorite David Lynch film.

It's an appropriate performance moniker given how the queer musician has lived a pretty romantic and cinematic life until now. Before relocating to New York City last year, Velvet lived nomadically among several queer epicenters around the country for six years. In that time, they self-released and toured in support of three albums under a different name: SSTR.

Those experiences help inform the music Velvet now records and produces, blending their predilections for '70s and '80s pop balladry (check out their IG Stories for the occasional Bette Midler reference), Americana, darkly-tinged synth-based music of the early aughts, and their queer contemporaries (on social media, they often shout out pioneering acts ranging from Ariel Zetina to Joey LaBeija). All things considered, if there is anything Velvet has learned over the years, it's the answer to this question: What is music without community?

The first taste encompassing Velvet's eclectic range of influences is "A Sacrifice," premiering today on PAPER. The song comes from Velvet's debut EP, due this summer, called Frankie. The song's lyrical structure reads a bit like an epic poem that zooms in and out of focus, fusing bird's-eye observations of a relationship's dissolution with indictments of the self. "Without a plan I blame myself/Autonomy taken from me/A final thing, a sacrifice," Velvet sings. Their coolly detached vocal belies their loss, while sounding reminiscent of vocalists like Depeche Mode's Martin Gore. And the music, comprising a circular array of arpeggios that swirl into buzzsaw synth stabs, underscore a creeping sense of danger.

"I wrote this song kind of losing it after a nasty break-up in a very dark time for myself; describing how it feels trying to move on through love and loss," Velvet told PAPER. "This track is a note to myself about how retaining my personal history is crucial to progress forward, and that satisfying your own emotional needs is the most important factor in moving on, period."

But how Velvet takes their power and autonomy back is in assuming total creative control of their work. They write, produce, mix, and master their own music, and the video was created and edited by them, as well. The video shows Velvet from the shoulders up, lip-synching to the track as effects outline their painted face, from bursts of constellations to black bars, as if making visual the imprisonment of self-sacrifice.

"The words of 'A Sacrifice' were written about remembering where and what you are after getting very lost in heartbreak," they said. "The sounds and instruments reflect that feeling of recovery. It's a sadder song for a happier person."

Watch the PAPER premiere of Blew Velvet's "A Sacrifice," below, and stream the song, here.