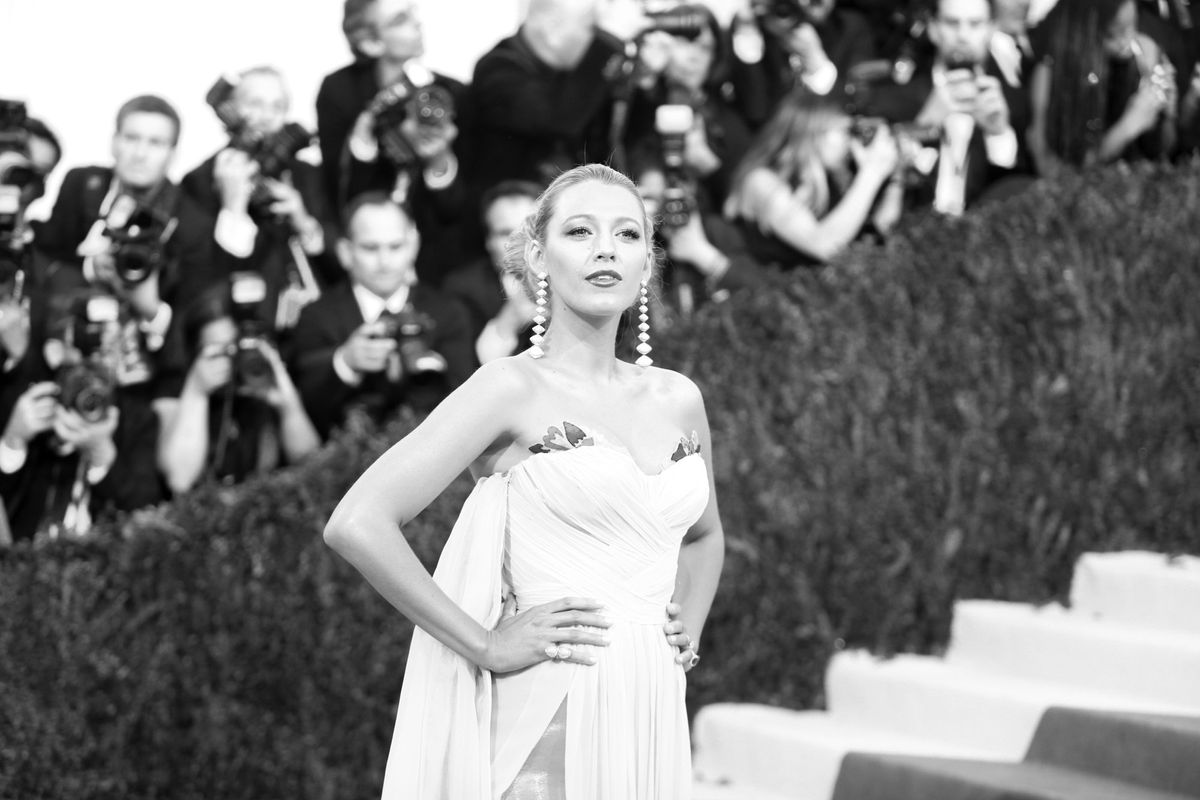 In a recent interview with Hamptons Magazine, Blake Lively spoke fondly of Woody Allen, a man who allegedly molested his own daughter, calling the experience of working with him "very empowering."

Blake Lively, who stars in Allen's latest film (her first film with the director) Café Society that opened at the Cannes Film Festival in May, told Hamptons Magazine: "It's really cool to work with a director who's done so much, because he knows exactly what he wants."

She continues on to say working with Woody Allen was "empowering" because he gave her a lot of room to improvise.

And his dialogue is so specific, and it's speaking in a 1930s dialect and [with period] references, so it's intimidating to think, Oh, let me just improvise there and hope that my words blend seamlessly alongside Woody Allen's. Which they clearly wouldn't and don't. But he's very empowering

Ronan Farrow (Woody Allen's only son with ex-Mia Farrow) published an essay in the Hollywood Reporter, lamenting Allen's continued popularity, placing the blame squarely on Hollywood, including Blake Lively whom he calls out in his piece.

Tonight, the Cannes Film Festival kicks off with a new Woody Allen film. There will be press conferences and a red-carpet walk by my father and his wife (my sister). He'll have his stars at his side — Kristen Stewart, Blake Lively, Steve Carell, Jesse Eisenberg. They can trust that the press won't ask them the tough questions. It's not the time, it's not the place, it's just not done.

That kind of silence isn't just wrong. It's dangerous. It sends a message to victims that it's not worth the anguish of coming forward. It sends a message about who we are as a society, what we'll overlook, who we'll ignore, who matters and who doesn't.

At Cannes, Blake Lively rebuffed a question regarding Farrow's essay, declining to comment, which is exactly what always happens, as Ronan expresses succinctly in his call to action. According to Ronan, his sister-- and scores of women-- are further invisiblized and silenced.