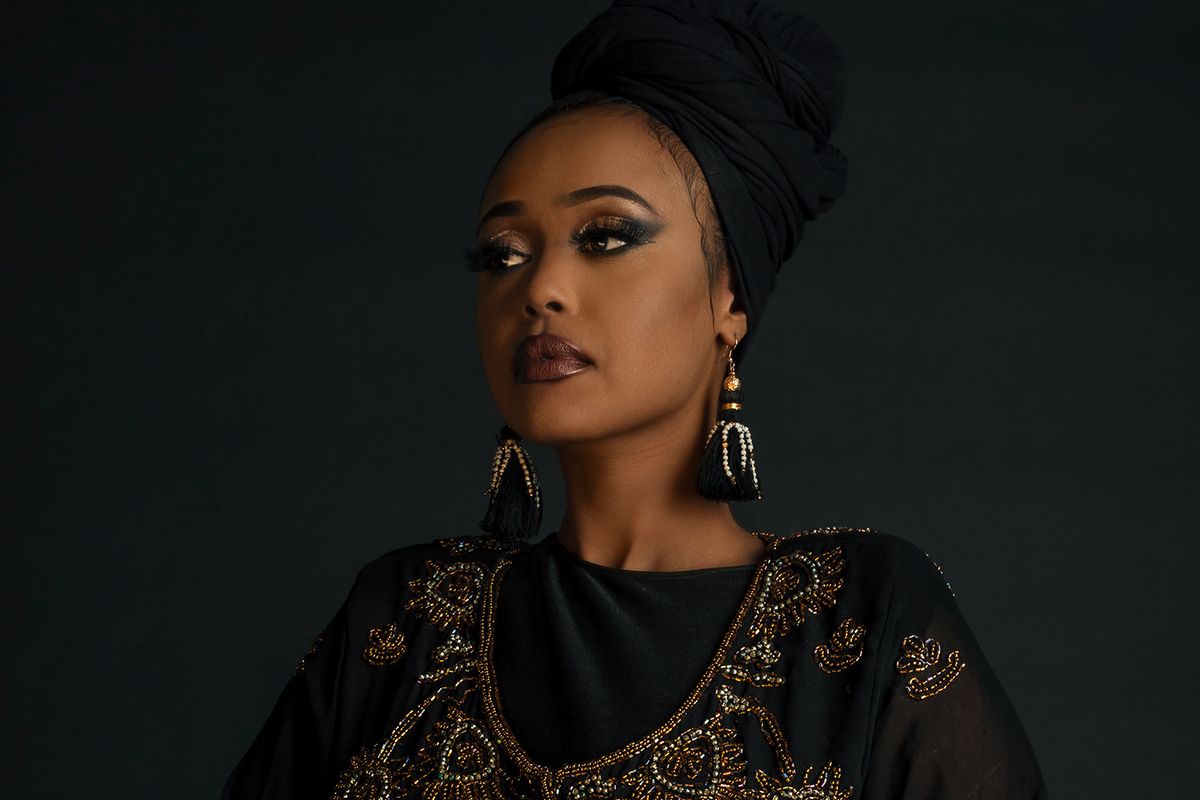 The Muslim holiday Eid happens twice a year — the first occurs at the end of Ramadan, and the second after Muslims perform Hajj (the pilgrimage to Mecca). On Eid, Muslims shroud themselves in their best garments, douse themselves with perfume and majestically glide through the prayer halls in their abayas, dresses and thobes. After prayer, the congregation spills out into the streets, looking for the right light and best angles to take the pictures of their outfits with their family and friends.

The Eid selfie is a tradition that I haven't skipped ever since I started using social media, meaning I've documented all of my horrid outfits from Eids past. I shudder thinking about how fly I thought I looked in what are now outdated fashions.

A couple years ago, Black Muslims noticed the lack of representation of themselves in the coverage of Eid fashion. Snapchat's Eid filter, for instance, sparsely featured Black Muslims when Muslims posted their selfies and meals. Instead of demanding to be represented, Aamina Mohamed started the #BlackOutEid tag, inspired by the famous #BlackOutDay tag started on Tumblr by T'von.

Mohamed talked to me about the tag becoming popular, saying, "I felt it was something that we were aching for. An international connection and celebration. But even if it was just 10 people from around the world sharing pictures, I'd be satisfied. Knowing people anticipate it every year and sometimes make connections and fall in love is a plus."

This is the sixth Eid Black Muslims have used this tag, which gains more momentum each year. The tag is a celebration of Black Muslimhood. It is an archive of Black Muslim fashion. As Vanessa Taylor said, in the Fader, "Clothing became a distinctive marker of blackness and faced backlash; such as hijabs styled like turbans on Black Muslim women being labeled 'haram' by non-Black Muslims, while YouTubers profited off the "turbanista" trend. Black Muslims create a entrance into their celebration of self and community with the #BlackOutEid tag."

This portrait series, captured by visual artist Bobby Rogers, was inspired by the #BlackOutEid tag. The internet has allowed us to take control over own imagery, how we are presented and seen in the world. If we want to be fashionable and trendy, we can be. If we want to be regal and queenly, we can be. The important thing is we own our narratives, both written and visual. As Mohamed says, "The goal is to archive our experiences. We can literally see shift in culture between each Eid. The fashions changes, the foods, the camera quality, the things we do to celebrate. We're here. We see each other. And that's enough."