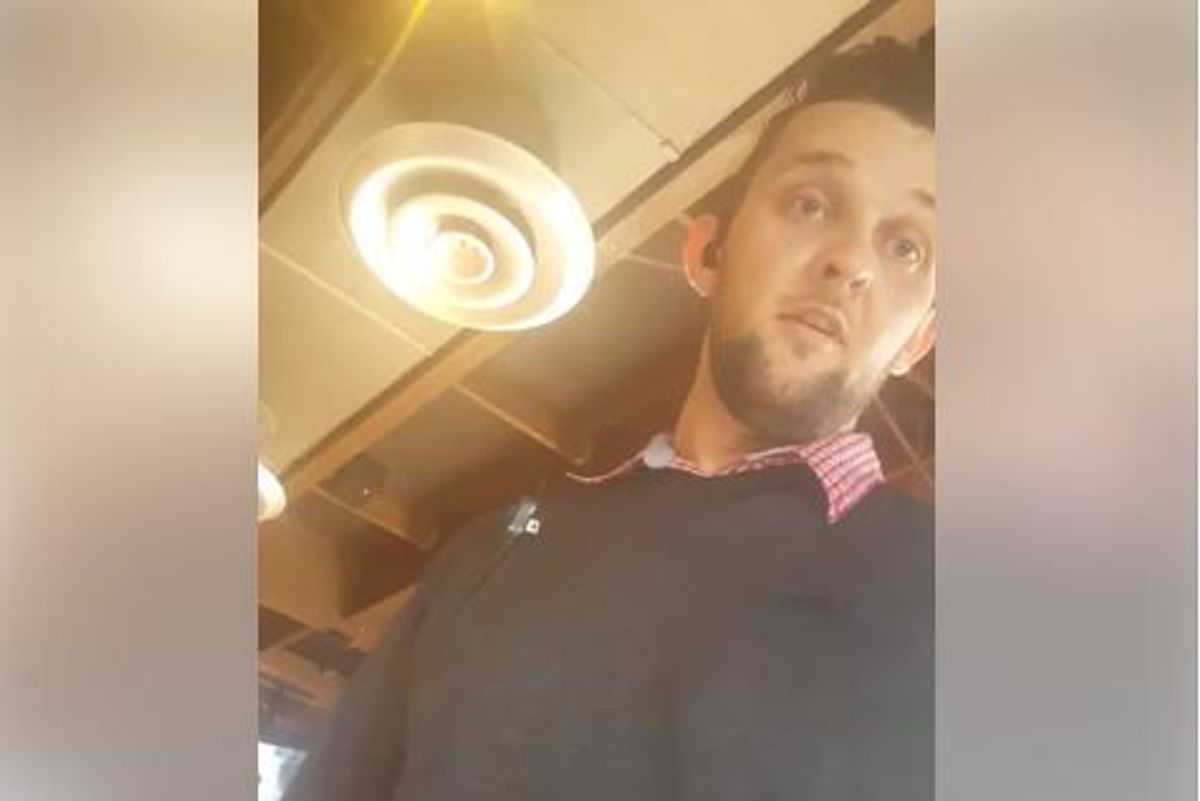 Chili's is currently under fire after an incident at a suburban Dallas location on Friday demonstrated yet another horrifying display of hate rising up in the wake of President-elect Trump's victory last week.

A black veteran, Ernest Walker, who served in the Army's 25th Infantry Division from 1987-1991, was denied Chili's' free meal deal they were providing for veterans to commemorate Veteran's Day, after another, elderly customer confronted him about lying over his veteran status (despite Walker displaying his military ID and discharge papers).

The older gentleman, who was wearing a Trump shirt, claimed that because black men were not allowed to serve when he did in WWII, he *couldn't* have served, because apparently TIME is fucking suspended in Texas. He then mentioned it to the manager, who confronted Walker, and took away his meal.

They also refused to accept that Walker's dog, Barack, was a service dog--despite his certification tags.

You can read Walker's full post below, including a video he took of his interaction with the manager.

Chili's' parent company, Brinker International, sent an email to CBS in response to the situation, stating:

We are taking this very seriously and the leaders in our company are actively involved with the goal of making it right. Unfortunately, we fell short on a day that we strive to honor our Veterans and active military for their service.

Warning: the clip is extremely upsetting, but important to watch.

This is Trump's America.