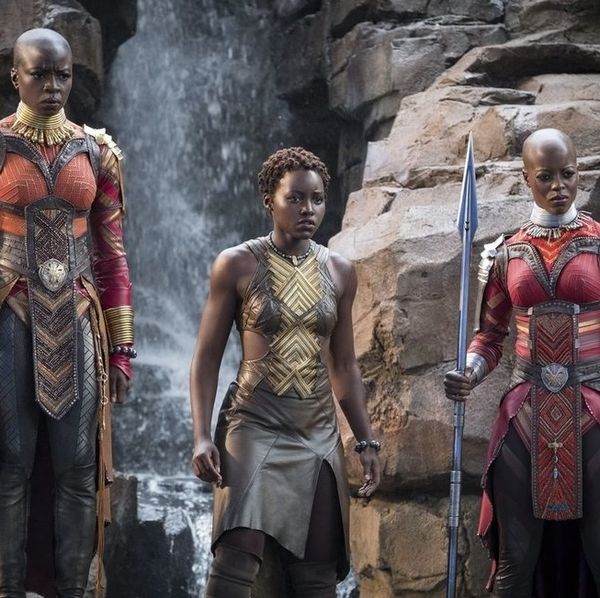 Saudi Arabia Will Break its Cinema Ban with 'Black Panther'

Saudi Arabia recently announced it will be lifting its old ban on cinema as part of its new religious standards instigated in 1979, and Black Panther will be the film to introduce the Saudi Arabian public back to movie theaters.

In a new AMC theater that was apparently originally slated to be symphony concert hall, the iconic film celebrating Black culture will be viewed by an audience of approximately 600. The venue is reportedly multi-leveled and decked out with marble bathrooms — certainly more luxe then most of the cinemas we attend. Also, a gala will follow the screening of the film, which definitely doesn't usually happen.

The theater is apparently one of 40 cinemas that will open in Saudi Arabia in the next five years, and they're gunning to open a total of 100 by 2030. As to why Black Panther was the selected film to show after the ban, maybe it's because it's now the most successful superhero in North America... but that's just a guess.

Relive the magic, below.

Brooks Marks Is the Sweatsuit King of Salt Lake City