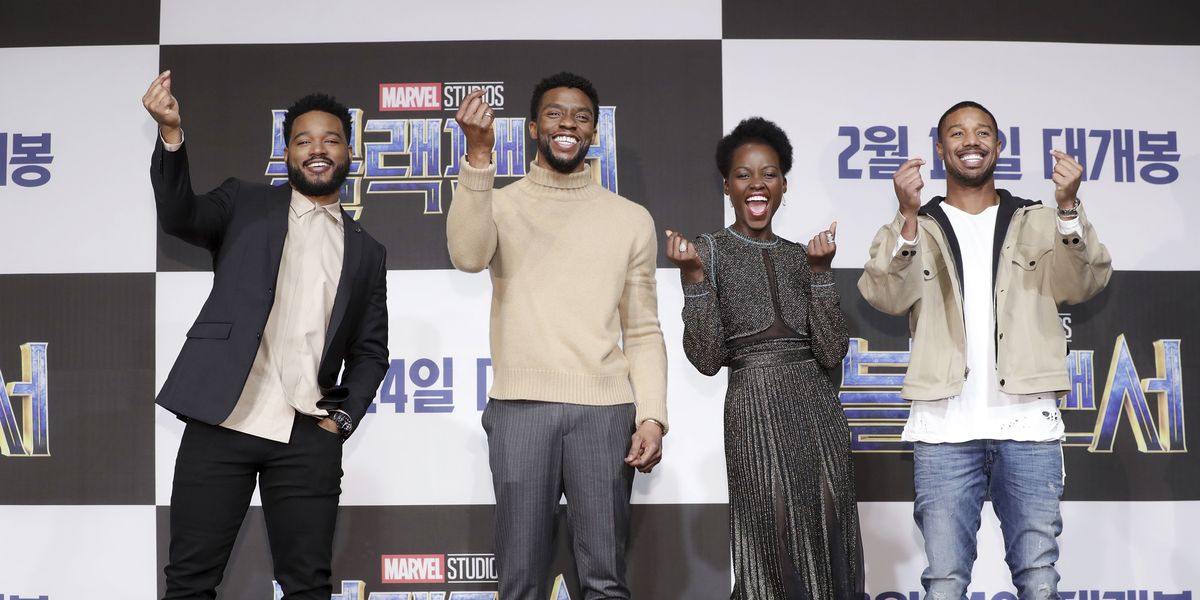 If you were one of the millions who rushed to buy their Black Panther tickets online over the past four days only to find theater after theater sold out, you weren't alone. In fact. the film's opening weekend was so successful (earning $201.8 million from Friday to Sunday), it left many other superhero movies in the dust. Here are the records it broke:

That's right, Black Panther beat out ever 50 Shades installment, as well as Deadpool — which previously held the record for the highest February opening weekend. It also took the biggest opening for a long weekend away from Deadpool.

Forget Spiderman, Batman, Thor, Ironman and so on, Black Panther took them all. The only superhero film it couldn't take on was The Avengers, naturally.

As a stand-alone film, Black Panther severely shook every franchise to exist ever. The only series that came close to it's debut was The Hunger Games, which garnered $152m (thats right, still a cool $50 behind).

4. Biggest opening weekend ever from a Black director

With Black Panther, Ryan Coogler has passed Steve McQueen 12 Years A Slave, F. Gary Gray's Straight Outta Compton and Fate of the Furious as well as Jordan Peele's Get Out — all impressively high-grossers.

5. Highest grossing film from a Black director in North America

The film will at least gross $235 million by the time the day is out. It's also worth mentioning the film collected $400m+ in its worldwide launch.

With the fifth-biggest Fri-Sun debut of all time, Black Panther has also dethroned Batman v Superman ($166 million) with the biggest pre-summer first weekend.

This is just the beginning.