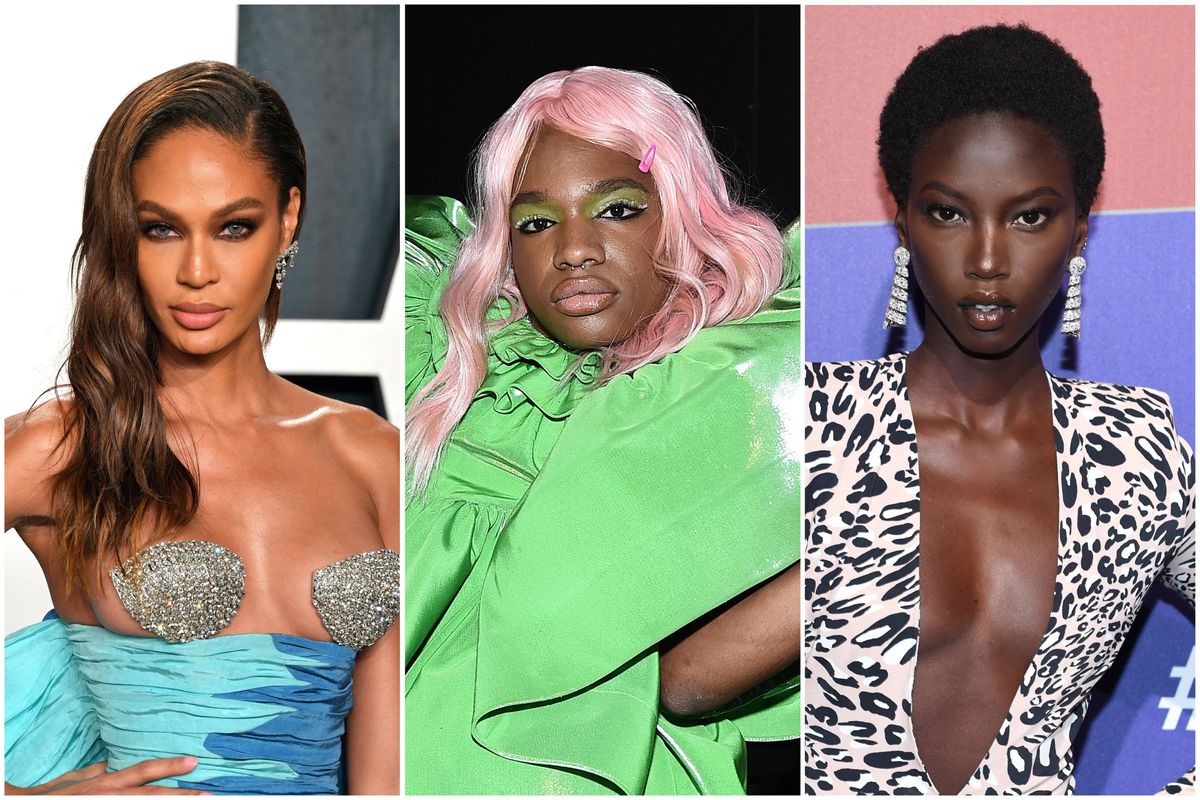 Black Models Are Coming Forward Against Racism in Fashion

Despite the fact that household names like Grace Jones, Naomi Campbell and Tyra Banks have paved the way and broken down barriers for Black representation in fashion, systemic remains still remains prevalent in all parts of the industry. Over the past few days, some of the world's top models have taken to Instagram and other outlets to express their frustrations and experiences as models of color in the fashion industry.

This morning, Afro-Latinx model Joan Smalls released a video recalling moments where she would be excluded from certain opportunities due to her race and even for her hair while being described as "too difficult to work with." Upon seeing all these brands and designers posting their performative black screens, Smalls felt that they were more or less saying nothing on how they plan to do their part in combating racism.

"This industry that profits from our Black and brown bodies, our culture for constant inspiration, our music, and our images for their visuals have tiptoed around the issues-your part of the cycle that perpetuates these conscious behaviors," she said.

Smalls also pledged to donate half of her salary for the rest of 2020 to Black Lives Matter organizations and to advocate for others in the fashion industry to take effective action. "Give us a seat at the table, include us, give us a chance, because we are worthy, talented, and unique," she said.

Aaron Philip is another model who recently took the industry to task. "As my platform gets bigger I will share this more and more until results of inclusion/ diversity in high fashion vs. virtue signaling is shown & implemented," she wrote. The disabled and trans model has not only used her platform to advocate for more opportunities and appropriate care for black, trans and disabled models, but has also been posting donation links for those in need.

Meanwhile, South Sudanese model Anok Yai wrote a powerful essay for O Magazine in which calls for the fashion industry to educate themselves as quickly as possible and on their own.

"The industry seems to be depending on the Black community at large to educate them about Black history—as if we're obligated to do so," Yai said. "Black models should not have to teach working professionals how to deal with our hair and skin day in and day out. Educate yourself and come prepared. It's your job. The world is changing right before our very eyes, and we won't be tolerant of intolerance any longer."

Yai is the second Black model to ever open a Prada show after Naomi Campbell in 1997, and has graced covers of magazines such as Vogue, Harper's Bazaar, W, and iD at the age of 22. Yai details her wisdom on growing up Black in a society surrounded by many who lack education and harbor ignorance when it comes to her fellow Black brothers and sisters.

"When I was blessed with finding a career in modeling, I thought I might stop experiencing racial injustice," she continued. "Unfortunately, that was not the case. Instead, racist encounters just became more public—and exposing. I can name so many situations where models of color like me have experienced racism and microaggressions. That in itself is a problem."