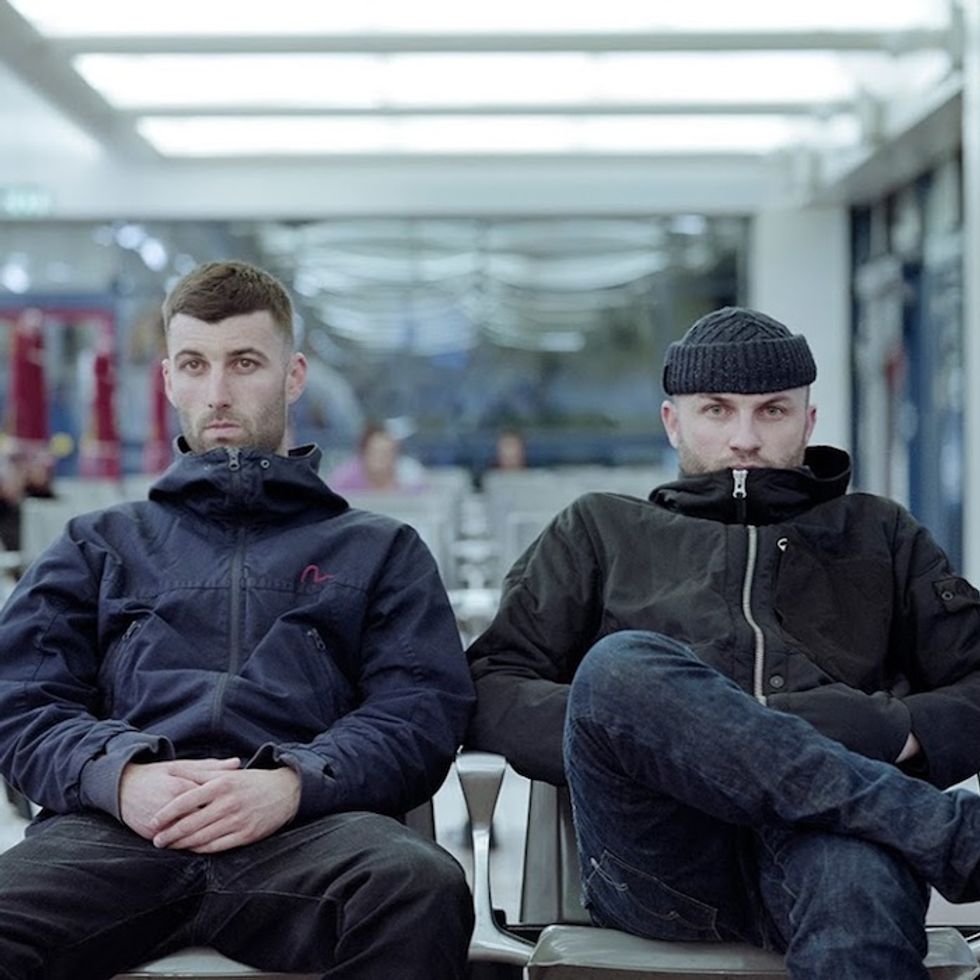 By Sandra Song
PAPERMAG
In true Darkstar fashion, the impassioned British duo have managed to create a strangely nuanced, emotive track out of mere 0s and 1s with their latest tech-lullaby "Pin Secure" -- and the parodical poignancy of directed Matt Halsall's accompanying video is just as carefully crafted.
Taking on the aesthetics of cult, tech-dystopia TV show Black Mirror, Darkstar apply it to a not-so-distant world bound by the anti-immigration rhetoric of UK Prime Minister David Cameron's Conservative Party. An expertly-shot video injected with a hefty dose of salient social commentary that's been especially poignant in the months following a disappointing General Election, it's a chilling, paranoia-laden reminder that there's always a downside to xenophobia disguised as "security."
Watch the video below.
Darkstar's Foam Island is out via Warp Records on October 2nd.
You May Also Like
Music