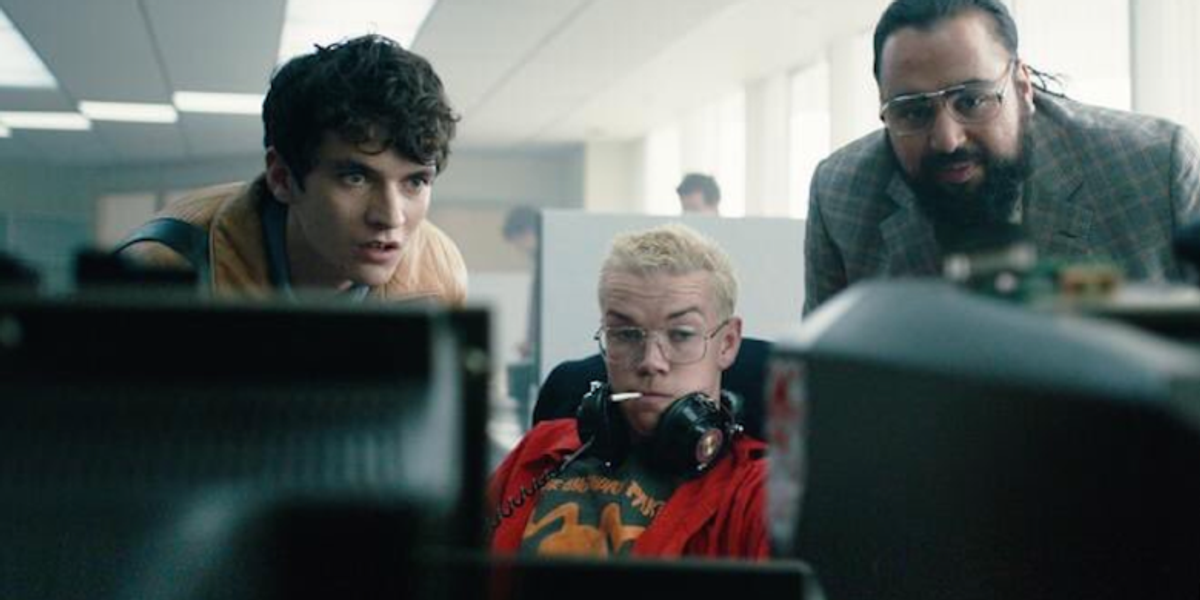 The Trailer For 'Black Mirror: Bandersnatch' Is Here

Back in October, word spread that Netflix's sci-fi anthology series Black Mirror was preparing to go where no show has ever gone before with a choose-your-own-adventure episode. An interactive experience where viewers would be able to choose how the story unfolds, the tech-savvy dystopian fables of Black Mirror seemed like the perfect choice to role out the new technology.

Fast-forward a couple months and Black Mirror's first full-length movie, Bandersnatch, is almost here. After being initially uncovered by keen fans as slated for release right before the new year, Netflix has now confirmed that Bandersnatch's official release date will be December 28th and have now shared the expectedly insane full-length trailer.

The movie centers around a group of video game developers looking to be "a hit factory, like Motown, but with video games." One of their first projects is an adaptation a mysterious and infamous sci-fi novel, Bandersnatch, that reportedly made the its original author go insane and kill his wife. Its only when the young programmer, Fionn Whitehead, seems to go off his meds in an attempt to unlock a deeper creative connection that things start to go awry. Reality begins to shift and as Whitehead gets closer to his inspiration a darker, more sinister, truth seems to emerge. Watch the full trailer for Black Mirror: Bandersnatch below ahead of its December 28th release: