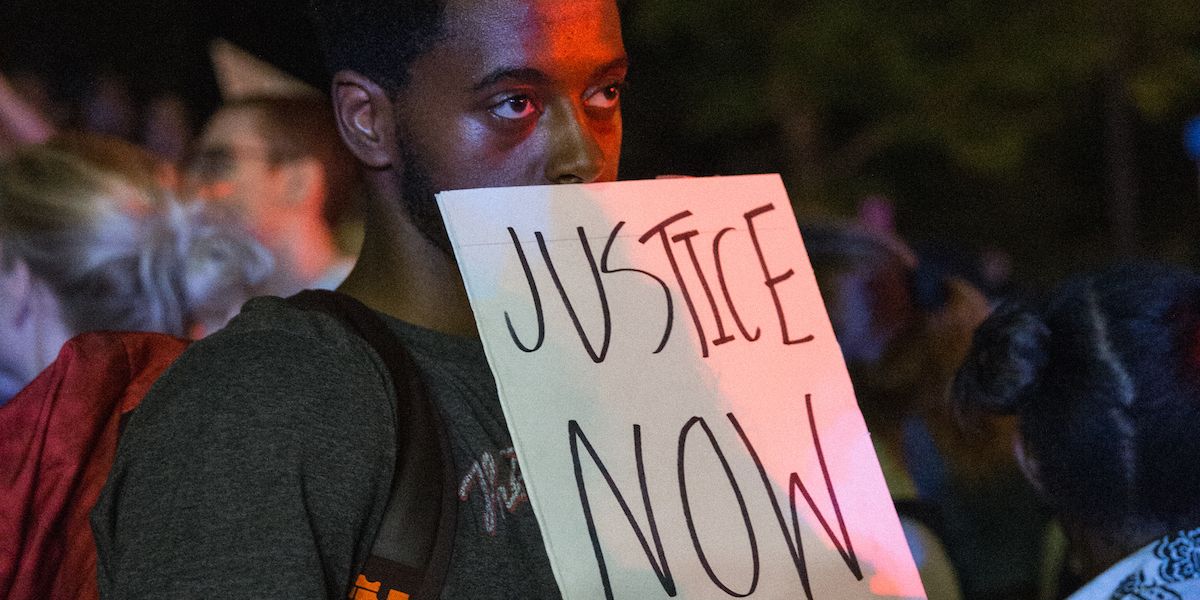 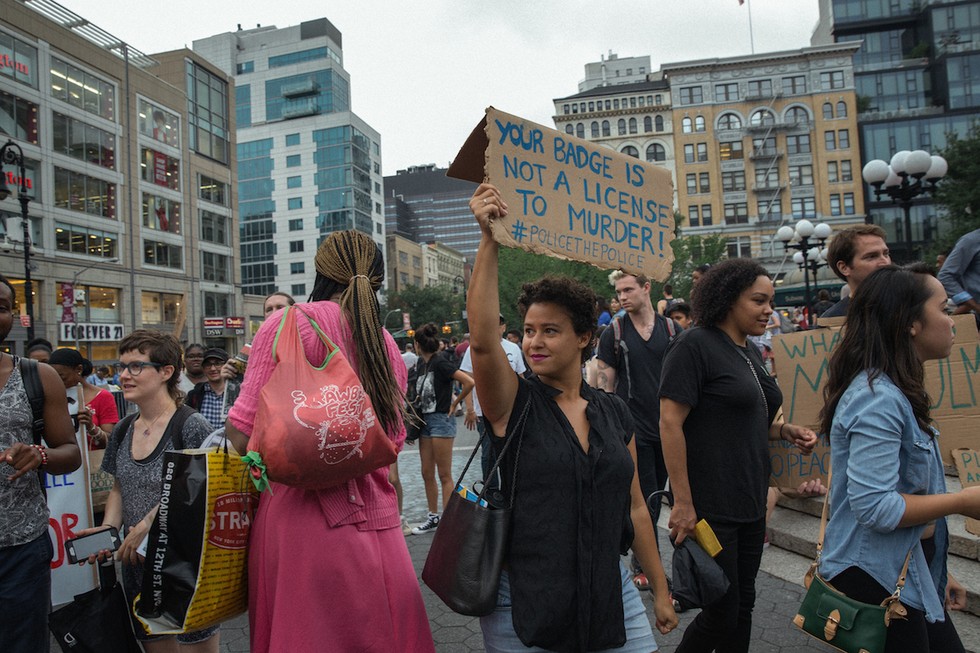 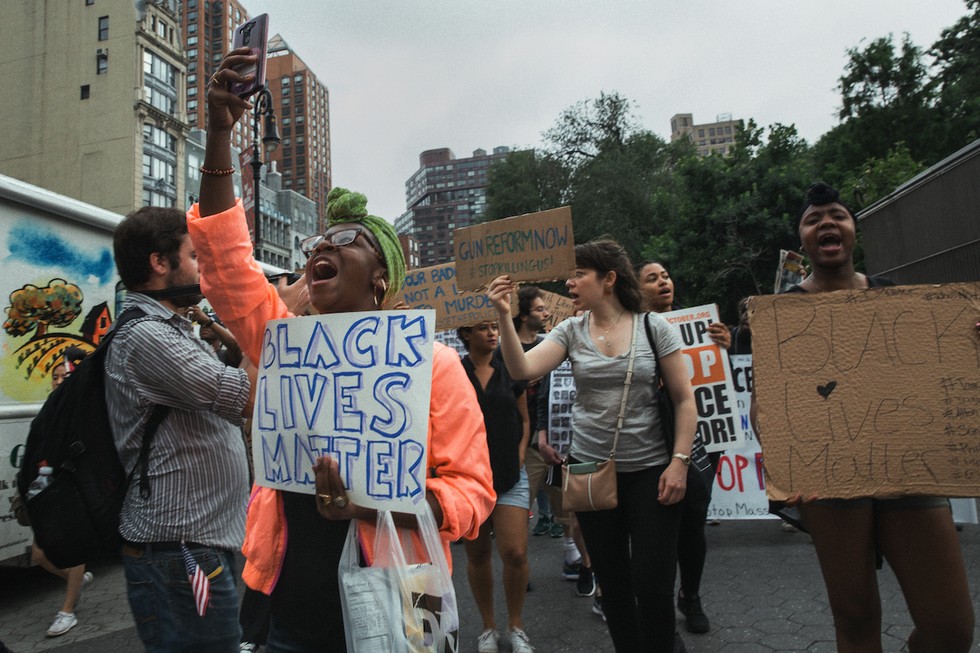 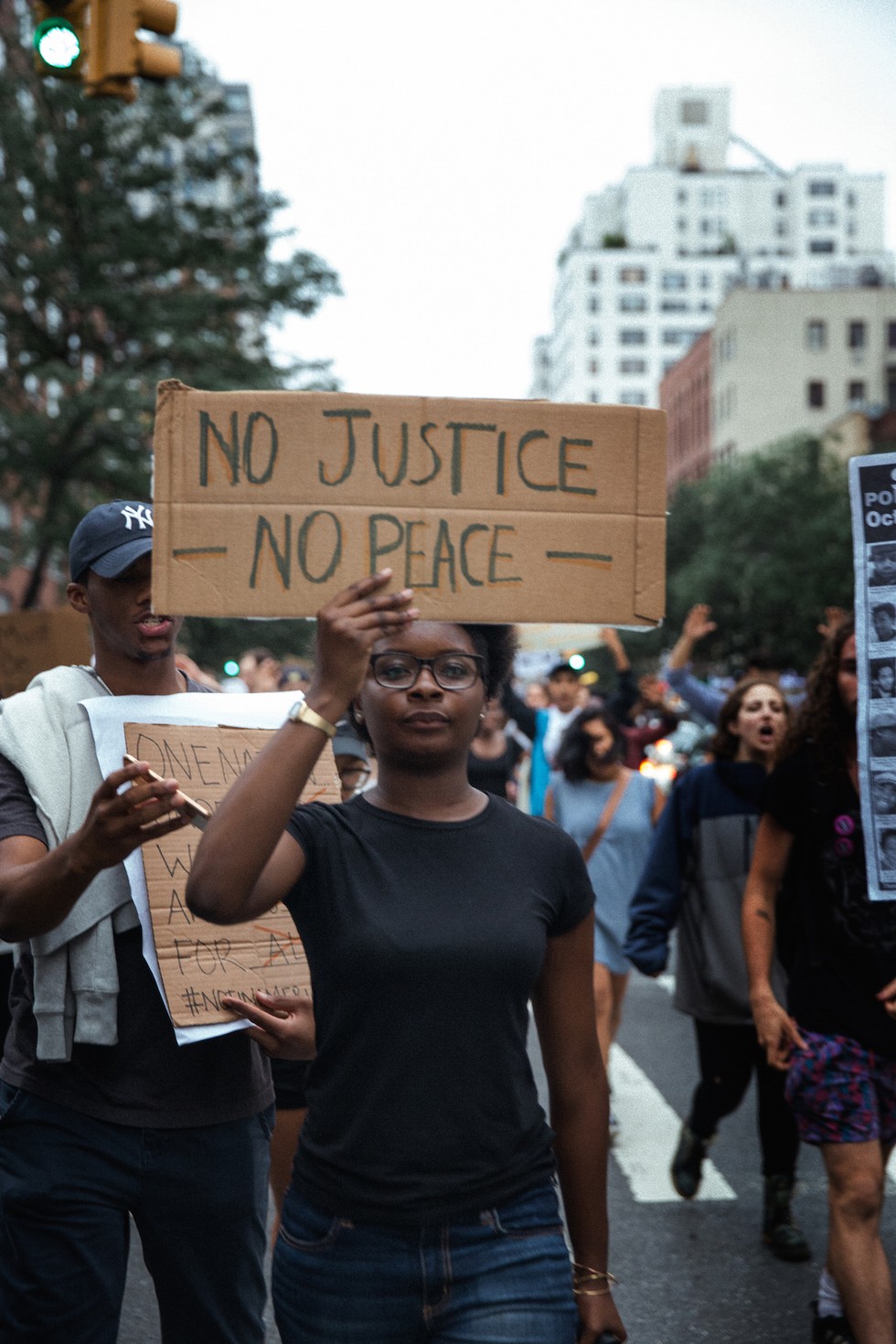 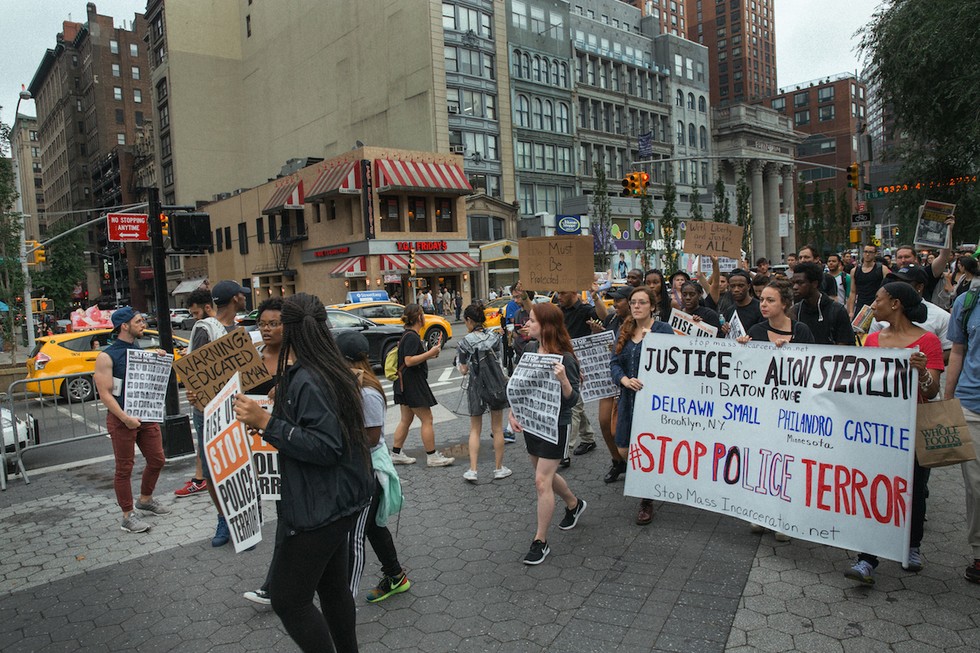 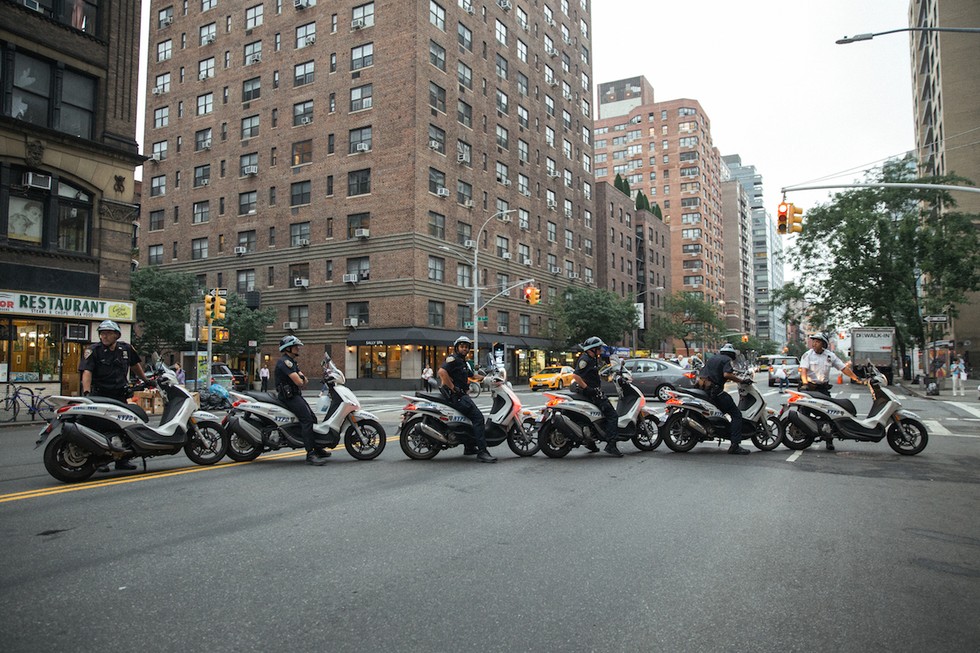 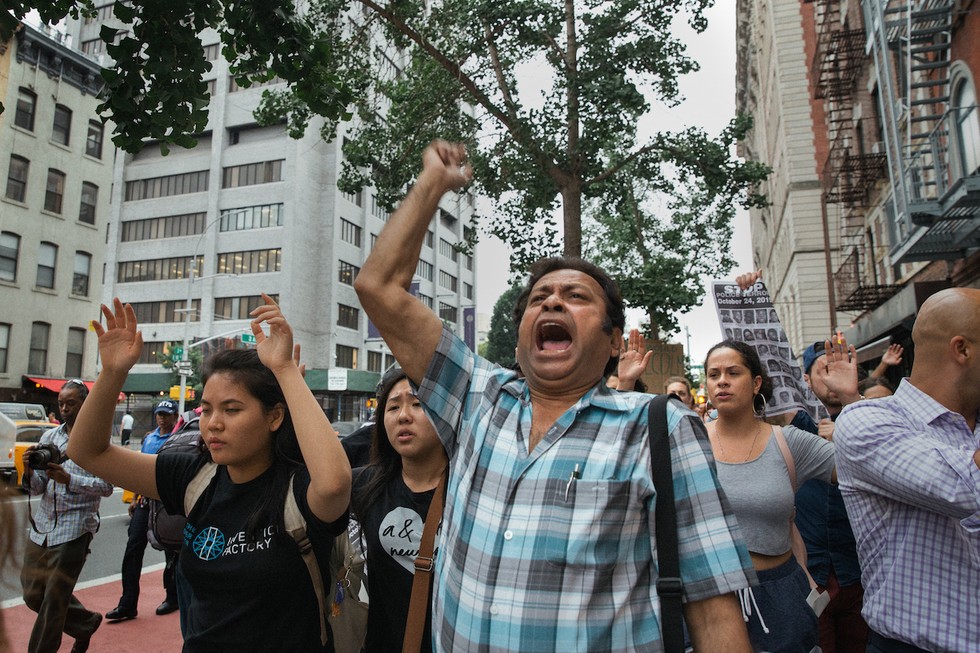 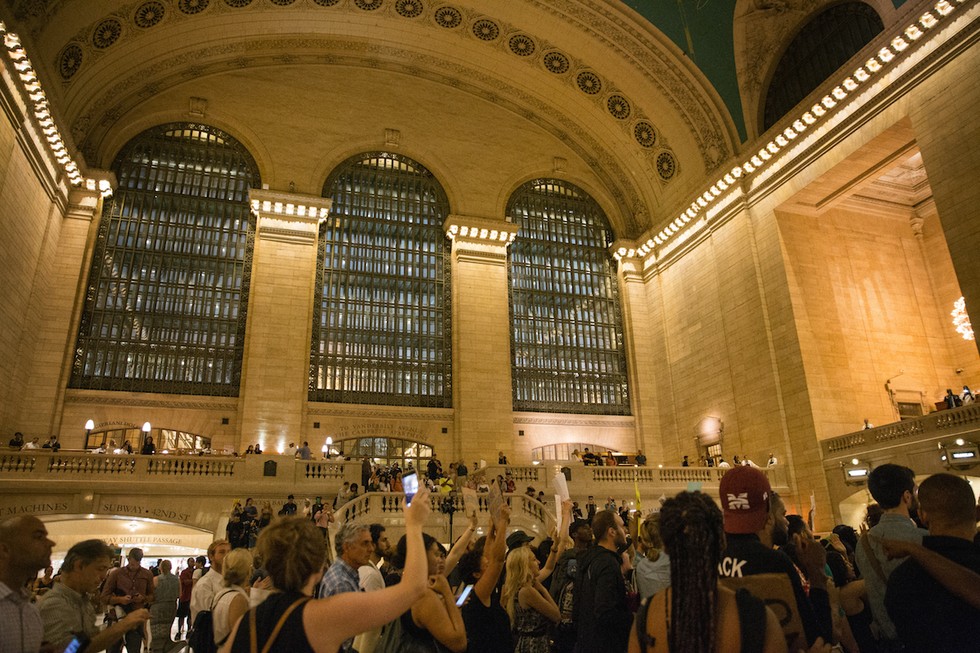 Previous Next
Protestors make their way inside Grand Central Station, despite NYPD attempts to lock doors. 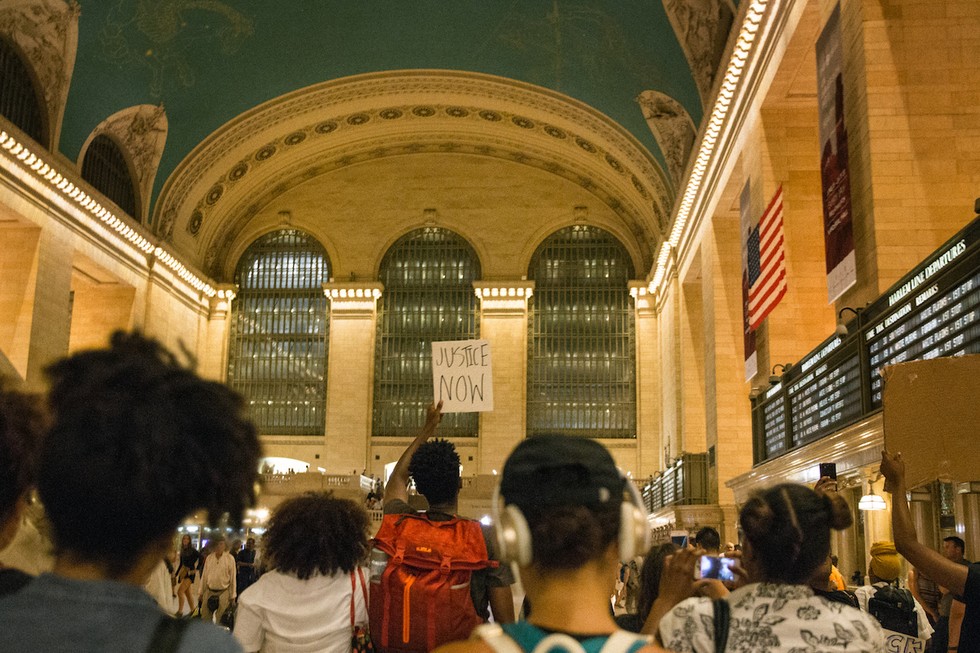 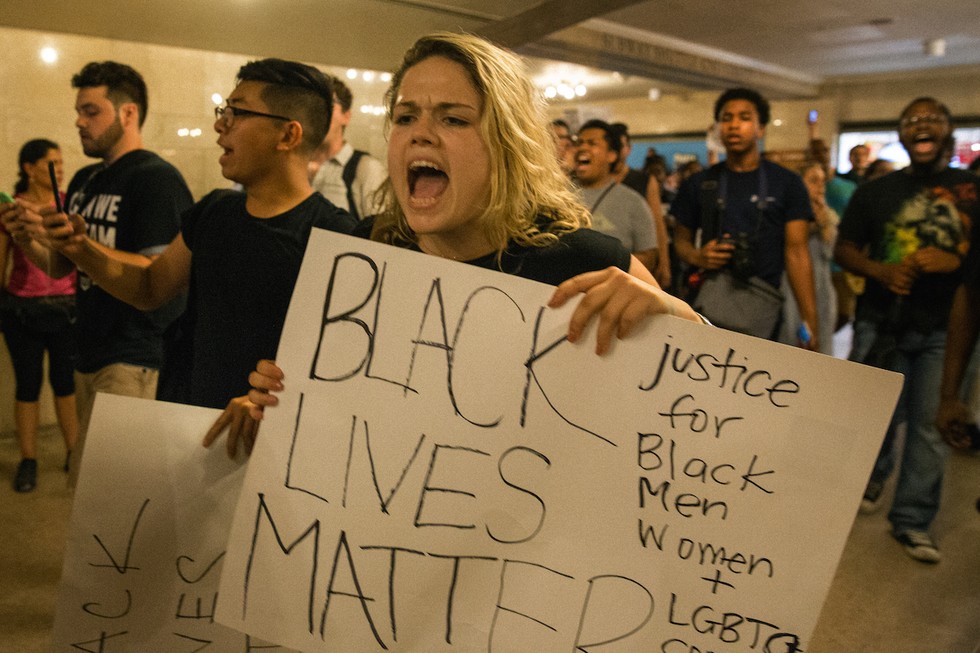 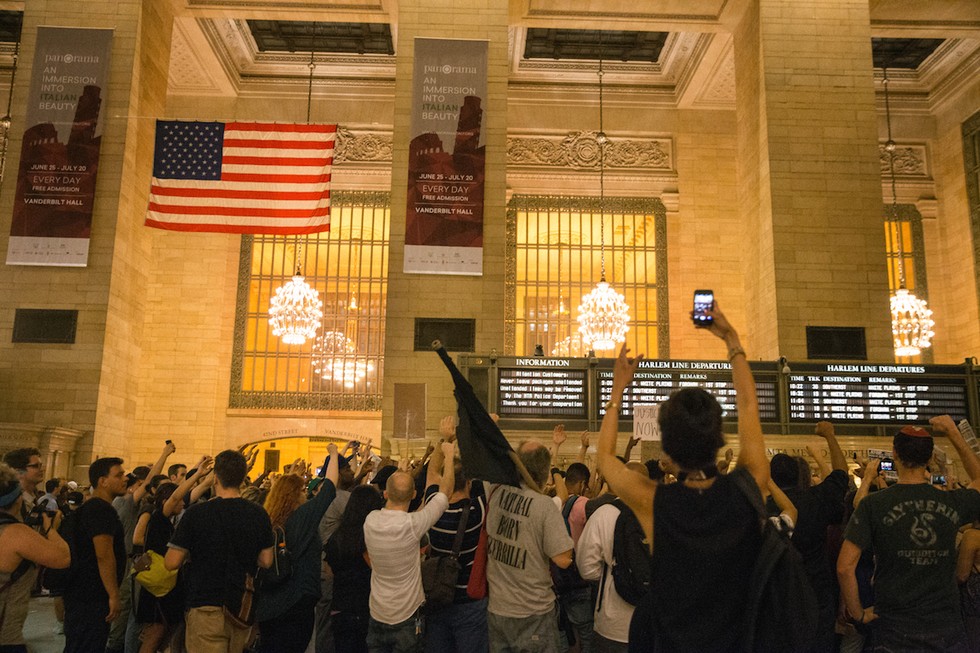 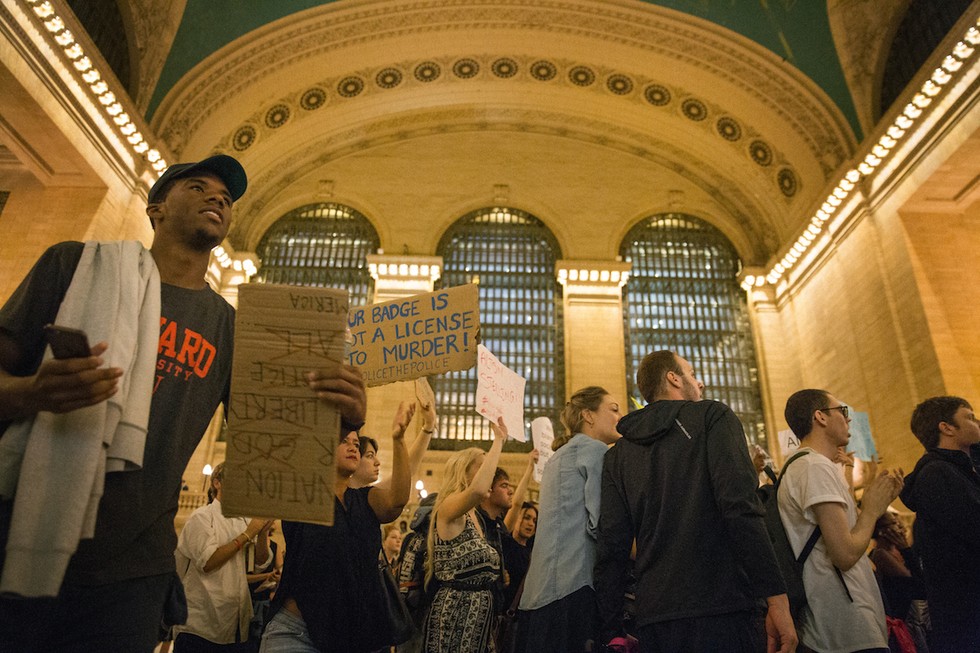 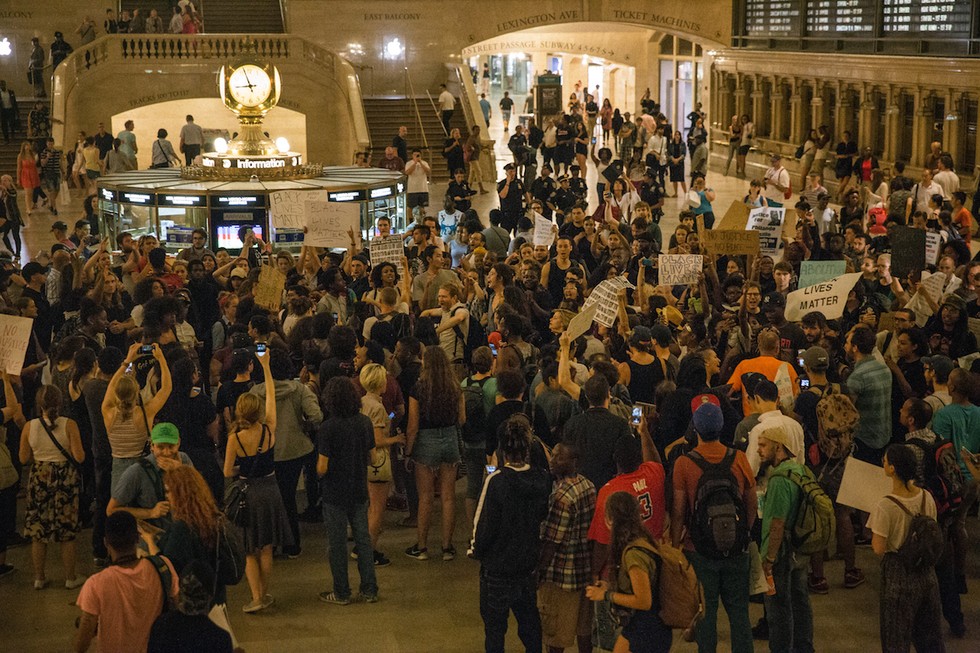 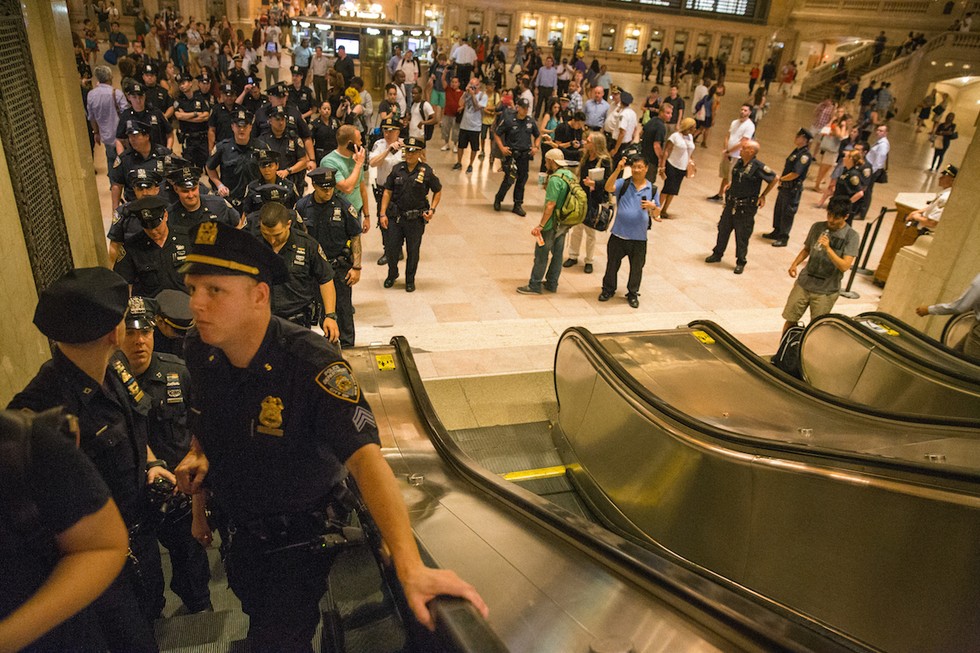 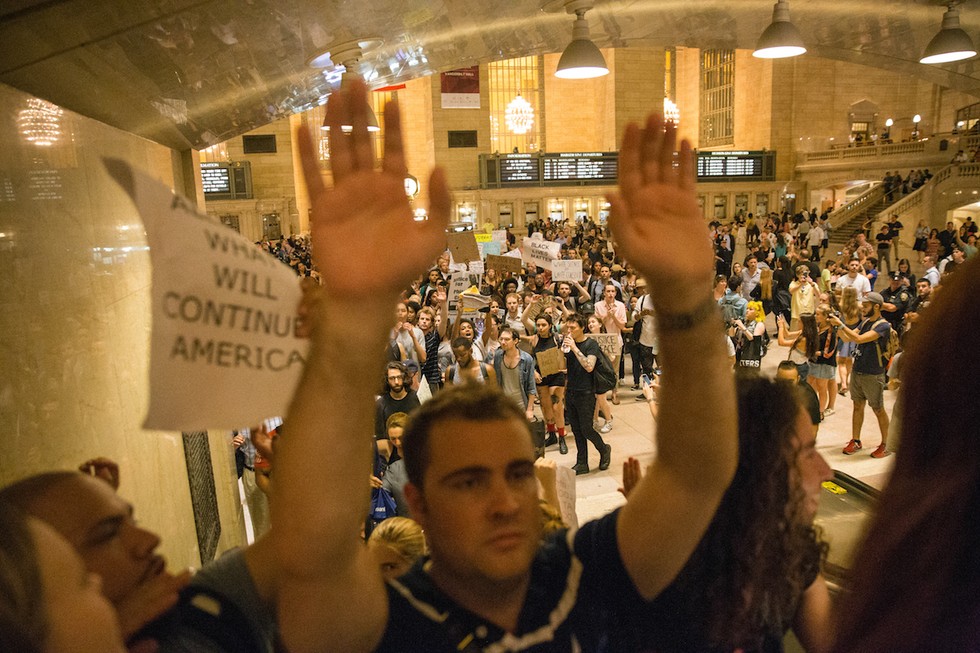 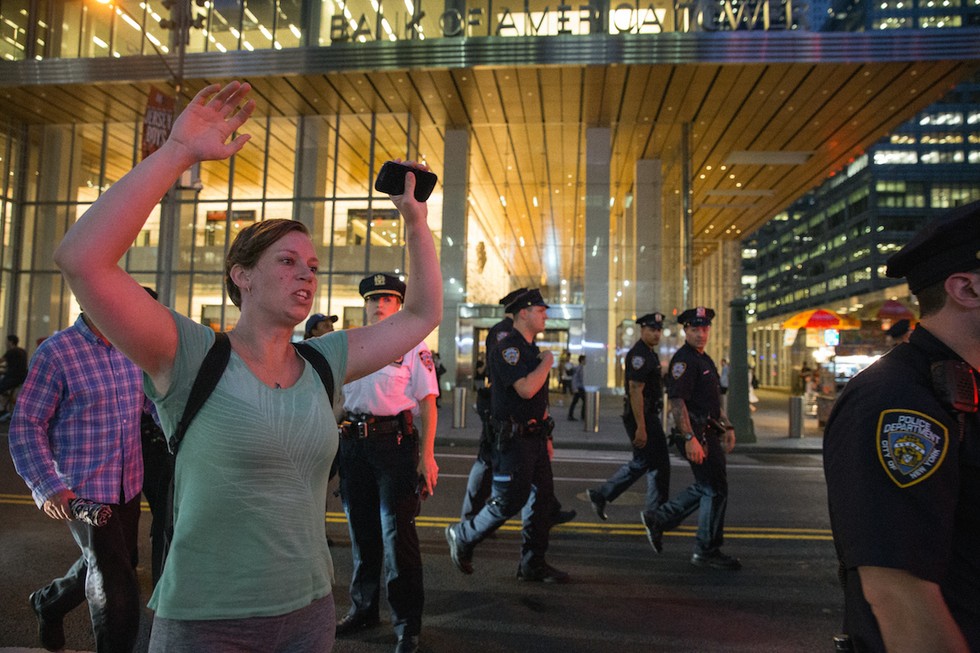 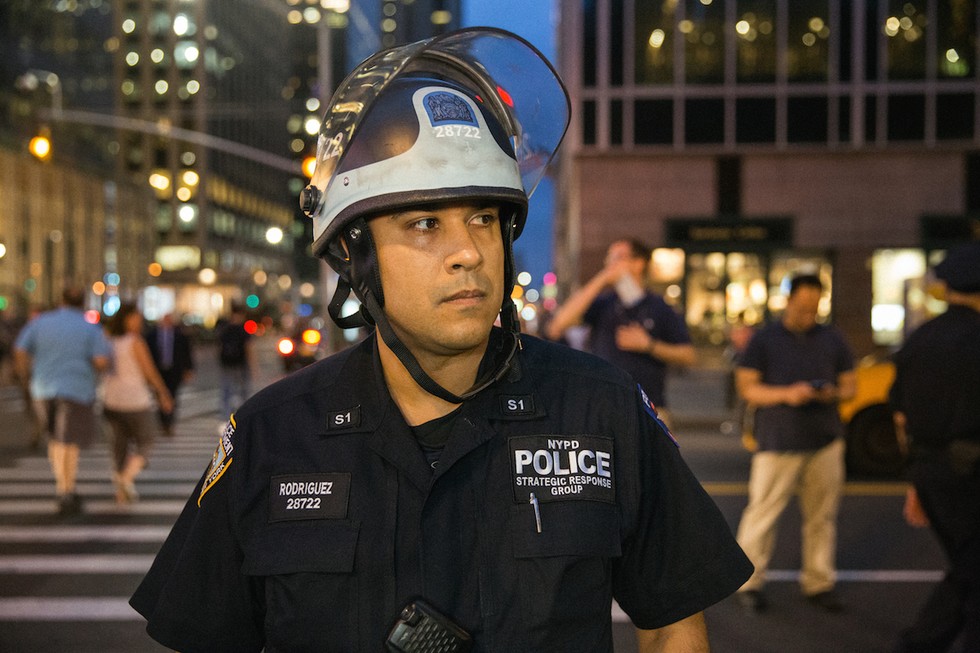 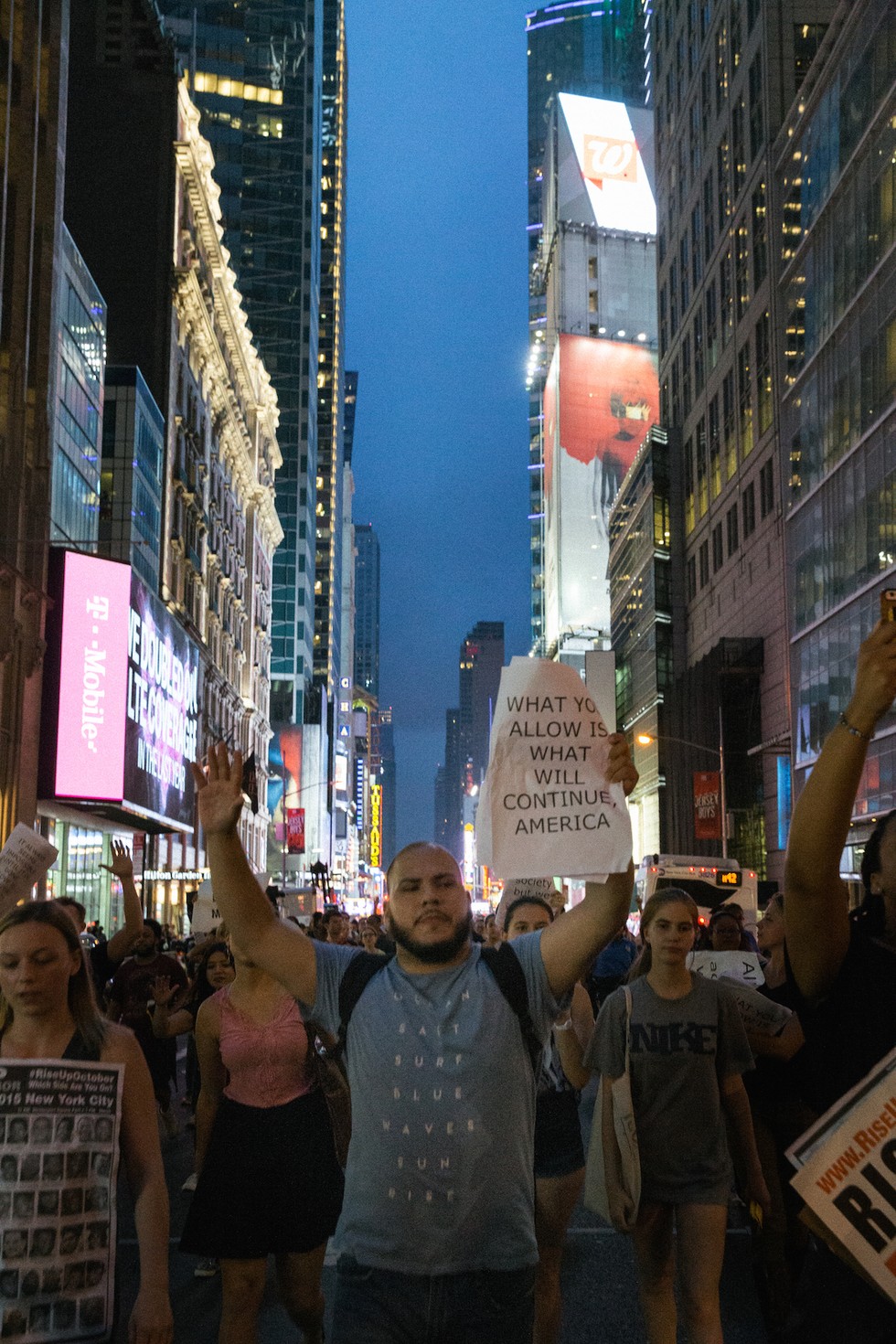 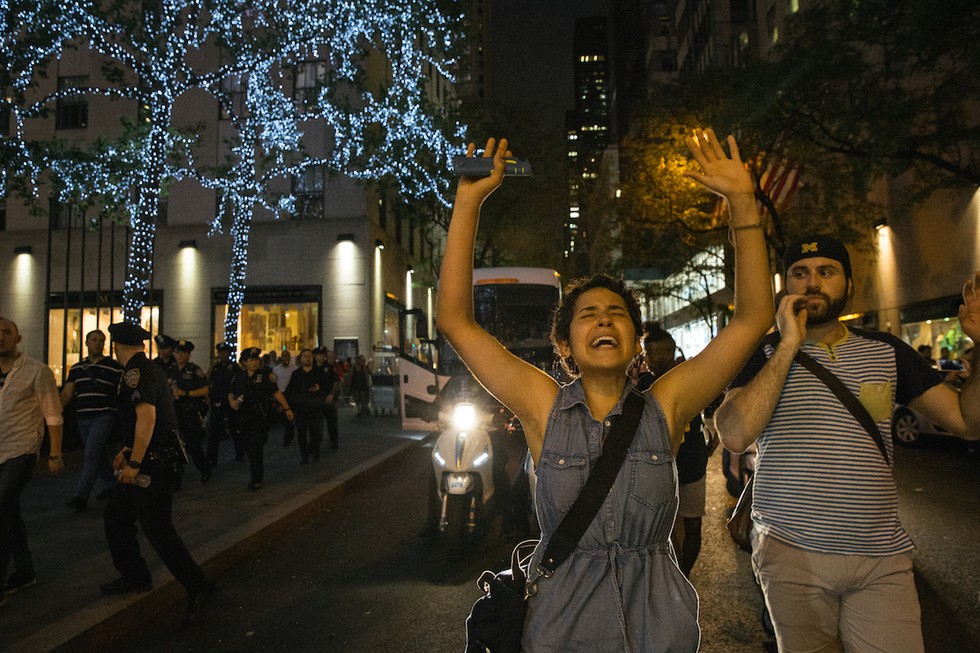 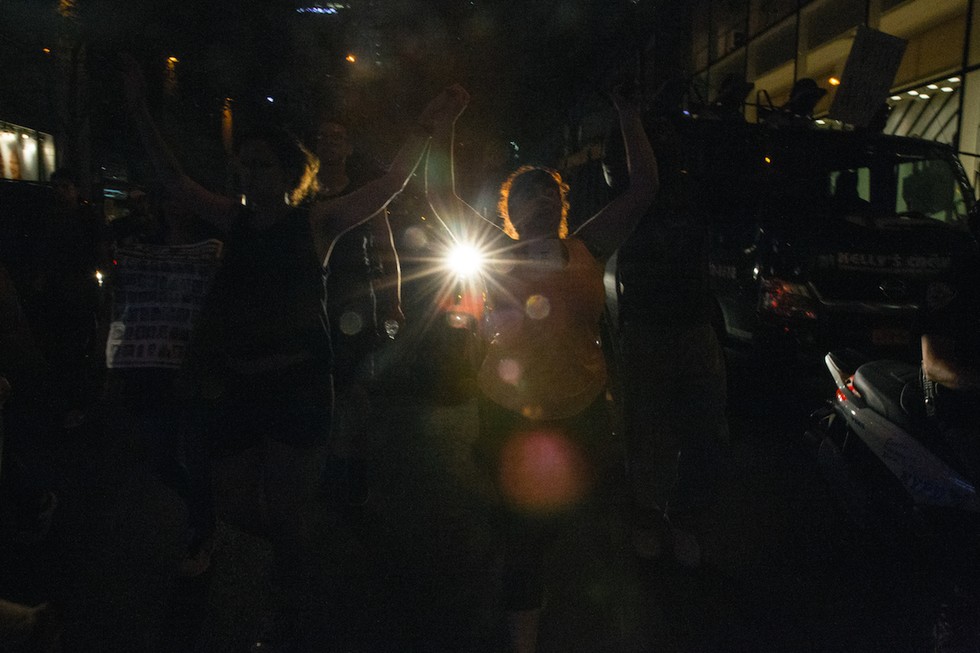 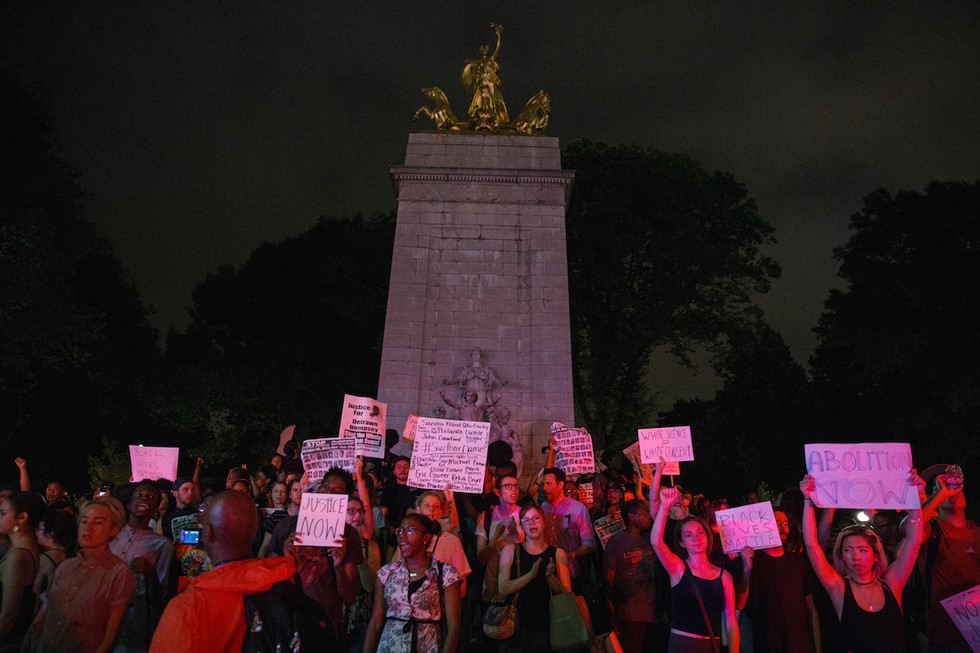 Previous Next
The vigil ended at Columbus Circle at around 10:15PM. A few protestors took time to say a few words before everyone went their separate ways. 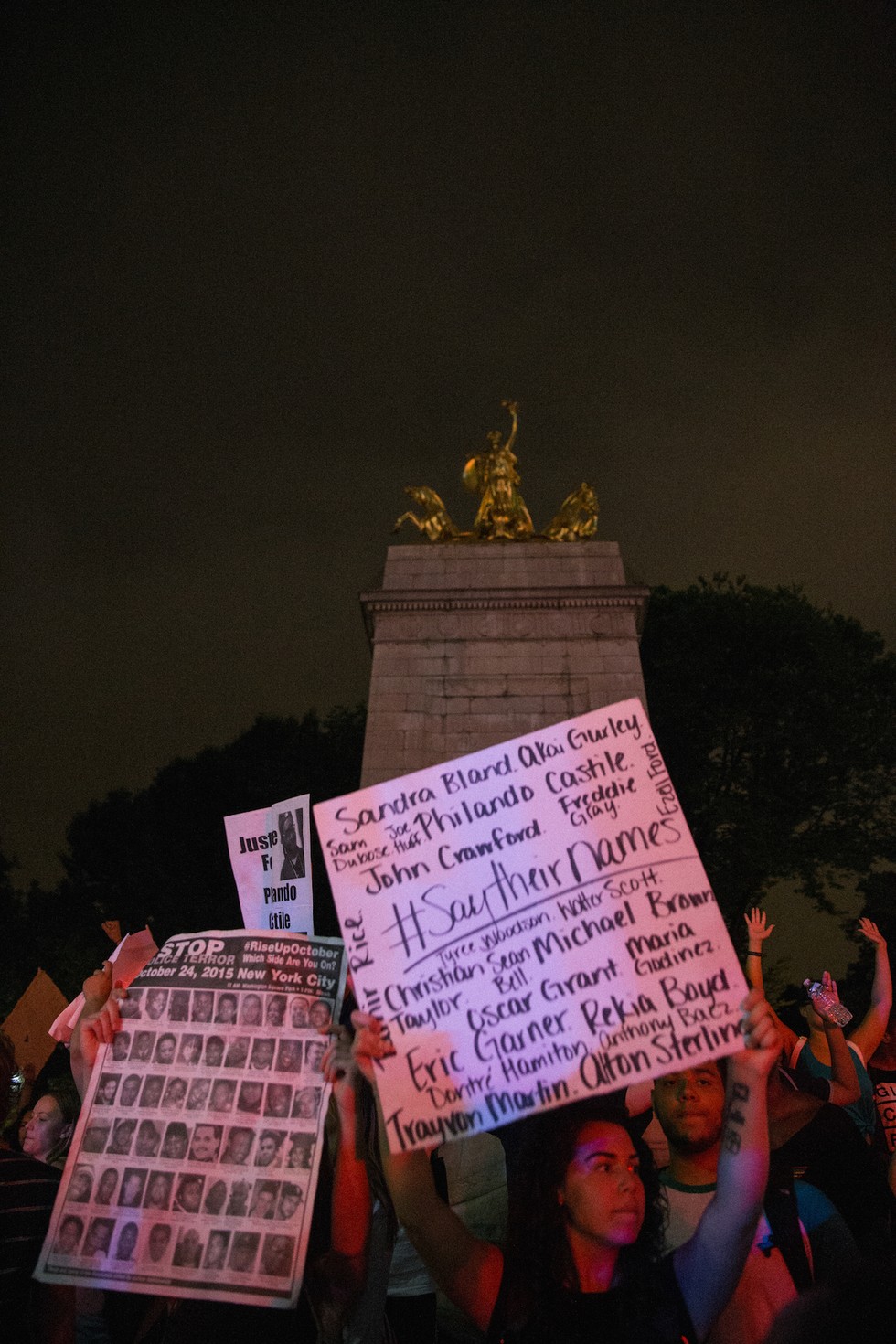 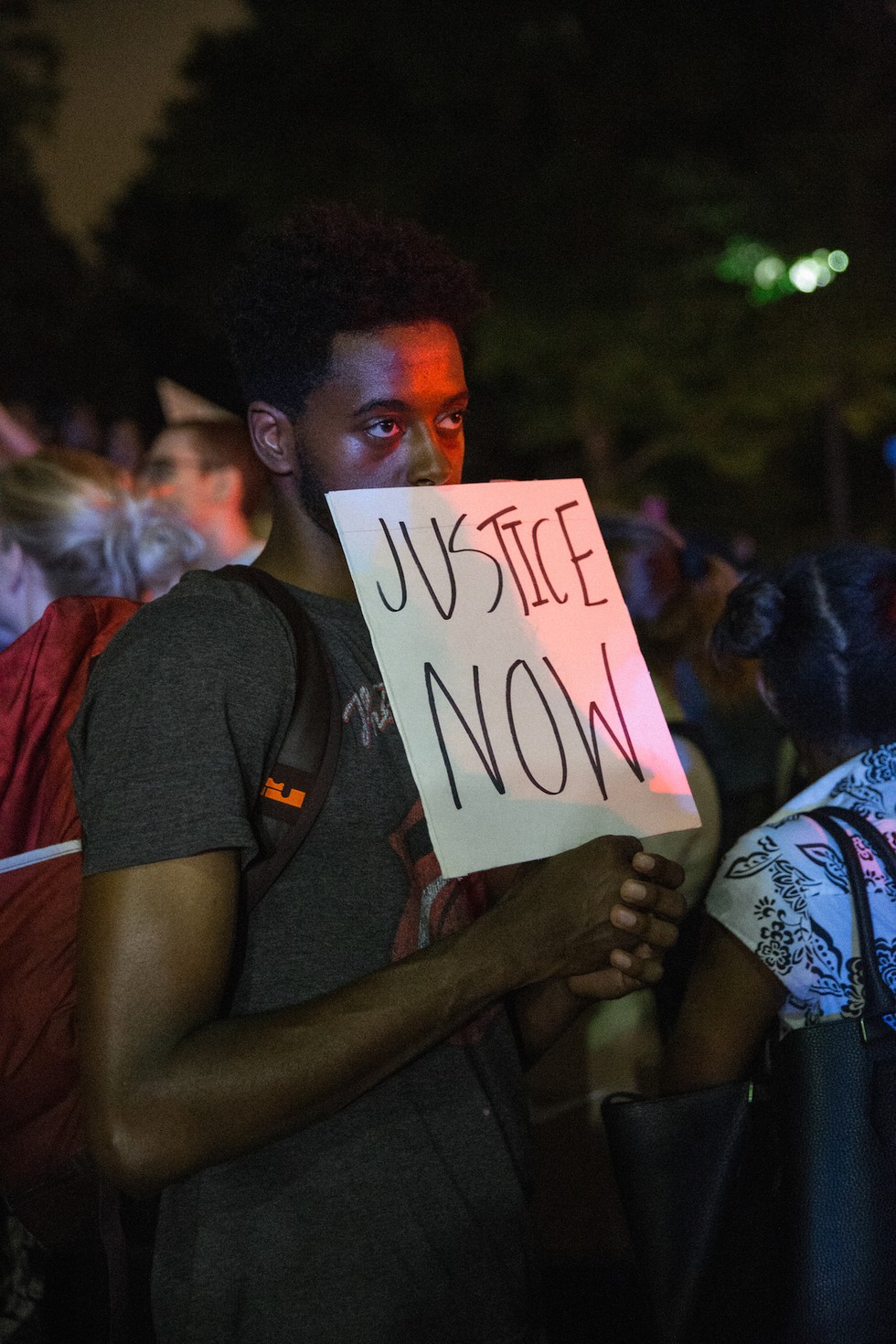 There have been 561 reported extrajudicial killings of black men and women in 2016 alone. Everyday, black death is splayed across our social media feeds and television screens. In real-time we watch black people dying at the rate of an endangered species.

Little, if anything, is done. This denial of the truth -- especially in the form of silence -- can feel crazy-making and make spaces like vigils, protests and rallies vital. The need to convene, to organize, to voice outrage, took a horrendous turn on Thursday night when five police officers were killed in Dallas at an anti-police brutality march. Protest spaces should be safe and rallies and marches are being canceled in the wake of Dallas, including one to be led by Al Sharpton on the eve of the Republican National Convention. But people have continued to gather.

Last night in New York City, protesters marched peacefully from Union Square to Columbus Circle, stopping in Grand Central Station, to voice their anger and sadness over the deaths of Alton Sterling and Philando Castile, two black men who were killed within 24 hours of each other this week -- their deaths both caught on camera. The former was a family man from Baton Rouge, the latter served lunch for Saint Paul Public Schools students in Minnesota. They didn't know each other but they died under the same all-too-familiar circumstances: at the hands of police.

The phenomena of black people dying unnecessarily is not new information. This is not a crisis confined to this era, nor are the killings happening in "another" America partitioned from the one you and your friends might exist in. The America we have to contend with is right here; its fraught history of systemic violence against black people is in our backyards.

Today, we have smart phones that enable us to display the truth. There are police who do their jobs well and there are others who don't. The value of black lives and those of law enforcement are not mutually exclusive, but we can no longer pretend that the documented problem of black people dying at a higher rate than any other race due to police violence doesn't exist, it does. And it doesn't make black lives taken by police any less worthy of investigation, protest, mourning.