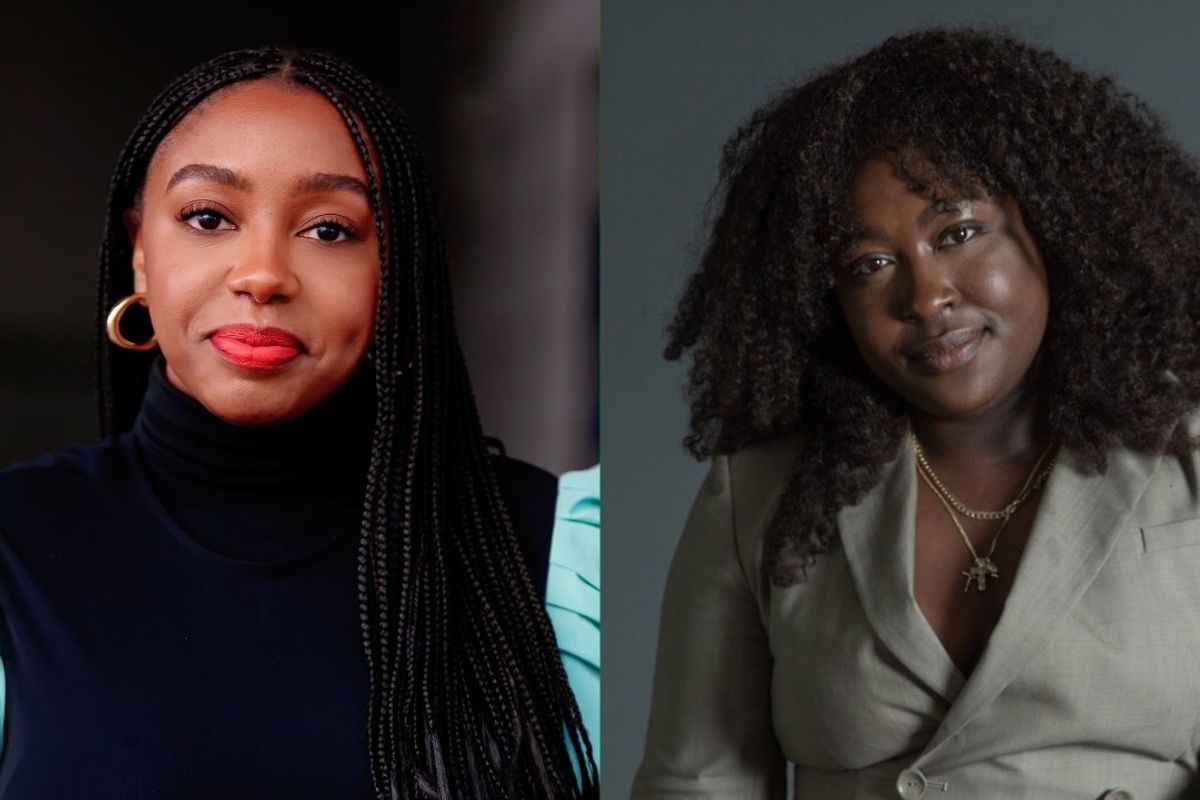 The Black In Fashion Council Has Entered the Chat

"Fashion's racism and classism are finally out of style," The Atlantic's Amanda Mull declared in a July 7 headline that was widely circulated on High Fashion Twitter. "Luxury fashion is built on the emotional scaffolding of human aspiration — what happens to the industry when everyone gets sick of worshipping rich white people?" Mull asked before dialoguing with Aurora James, founder and designer of Brother Vellies and Katalin Medvedev, an international-dress and fashion researcher. All agreed that a shift is coming for the notoriously obdurate luxury fashion industry.

One new organization seeking to ensure this shift is not just the luxury equivalent of cheap talk is the Black in Fashion Council, whose mission statement minces not a word in its goal to represent and secure the advancement of Black individuals in the fashion and beauty industry. More than a reaction, Black In Fashion Council is an action that will ensure a more equitable industry. It won't be easy. That's not a problem for its founders Sandrine Charles and Lindsay Peoples Wagner.

Charles, the owner of Sandrine Charles Consulting, and Peoples Wagner, the editor-in-chief of Teen Vogue, have been friends and colleagues for years. In light of the current news cycle, and with an acute understanding of the fashion industry's complicity and upholding of exclusionary practices and systemically racist policies, the two got to chatting with PAPER about what could be done. "We wanted to come up with a solutions-based update," Charles says of the groundwork.

Related | Shannon Stokes and the High Art of Obsession

Together and with haste, they called upon their communication skills to craft the what: "We envision work forces where Black people are represented and amplified at every level, holding jobs in both C-suite and junior level positions, and can work alongside allies to create diverse spaces that directly reflect what the world actually looks like at large. To be clear, we want to encourage people in the industry to rise to the occasion, not just be called out so that we can see sustained, long-term change."

Then began the phone calls to other Black talent within the fashion industry. Black talent in media, within corporate brands, in retail, beauty, styling, education and mentorship, model reps, etc. "We had a ton of calls with a lot of people in the industry just to see what people were actually willing to do, and hear ideas as to how we can get past the frustration and move towards strategy so that we don't have to continue having these conversations years from now," Peoples Wagner explains. The executive board quickly accumulated industry notables including GQ Deputy Fashion Director Nikki Ogunnaike, Black in Corporate founder Candace Stewart, designer Victor Glemaud, Garage Fashion Director Gabriella Karefa Johnson and fashion/costume historian Shelby Ivy Christie (whom I recently profiled for this here column) to comprise its board.

Assembling a board across the industry's many tentacles was key. "There's too many important people with influence in the industry that are a part of this council that are standing up towards all of the racial injustice from a brand corporate level, you just can't ignore that," says Jan-Michael Quammie, a Fashion Consultant, Stylist and Creative Director, who is among the three dozen plus board members. "Sandrine sent through a Zoom call invite saying that her and Lindsay spoke and it's time for wider conversation including us all. There was a sense of urgency in that email and I knew that this time it was serious."

"The industry needs to understand that the black creative community is done selling ourselves short," says Karefa-Johnson. "We don't just want, need, or deserve a seat at the table — not even if it's most of the seats at the table. Not even if it's all of the seats at the table. Because when the table exists in a house built on a shaky foundation, we're still trapped in a system that doesn't serve us. We're exploited in a system that uses us. So, no, we don't want the table; we want to rebuild the house. An organization like the BIFC is a necessary remedy because even though the approach towards change is incrementalist, it demands fundamental restructuring over a defined and lasting period of times." Self assessment, she notes is important, and no doubt a part of this process. "But I have less trust in the innate abilities of flawed companies to 'do better.'"

Helping to bolster the action is an advisory board also assembled of industry titans including activist/model Bethann Hardison, stylist Jason Bolden, designer Tracy Reese and model Veronica Webb, showing both strength and solidarity across the industry landscape.

Next comes the action: The executive board has been split into teams, grouped by their area of expertise. Each team will work together to come up with initiatives within their area of the industry based on four pillars: Human Resources, Talent Inclusion, Support and Corporate Spend. Additionally, the council will work on a rolling digital directory that brands will be able to purchase with a master list of contacts that they can hire in the industry to diversify their portfolio. This, in particular, will help in making sure all sectors of the industry see change — with the goal to avoid grievances such as Simone Biles's Vogue cover shoot being called out for Annie Leibovitz (who is very, very white) and team's inability to properly light Black skin.

The group is asking industry stakeholders to begin by pledging a commitment to work with the Black in Fashion Council for the next three years and be part of an equality index score that will hold them publicly accountable to their commitment to Black employees at all levels.

The organization is consulting with the Human Rights Campaign foundation to create something akin to HRC's annual Corporate Equality Index, a national benchmarking tool which rates workplaces on LGBTQ+ equality. The BIFC iteration will be centered around corporate policies and practices pertinent to the inclusivity of Black employees at fashion and beauty companies. "This would dive deeper than just fashion month inclusivity but campaigns, corporate culture, staffing at ateliers, etc." they note.

This index will serve as a yearly public report to hold fashion and beauty brands accountable. Strides made, shortcomings highlighted, this report card will provide accountability with a key component: the brand's commitment. It's no longer (just) about identifying the shortcomings of the Diors and the Anthropologies, but asking for their help in enacting meaningful change.

The first progress report will come this October. By January, surveys will be sent out to CEOs or Managing Partners of various companies as well as the head of Human Resources and Diversity Managers or Chairs when available. Answers will be submitted by February and BIFC will review the submissions in March and April. By May 31, 2021 the survey scores will be finalized and communicated to all participants. One month later, on July 31, 2021, a Quality Index Score Report will be released.

"We are allowing for brands and companies to come to us, use us a resource, give them the tools they need to succeed so that when they are part of the index they know exactly the areas that have needed improvement, there's transparency on the score, and everyone involved understands this is a progress report of the things you're doing well, but also the things you need to improve upon," Peoples Wagner says. "It's really all about strategy at this point for us. We've been frustrated for so long but it has to move past a black square on Instagram or calling people out on social media. We don't want to shame people into changing; more so we are looking to make sure that people put diversity and inclusion policies into practice holistically."

"This absolutely feels like something long overdue," Charles adds.