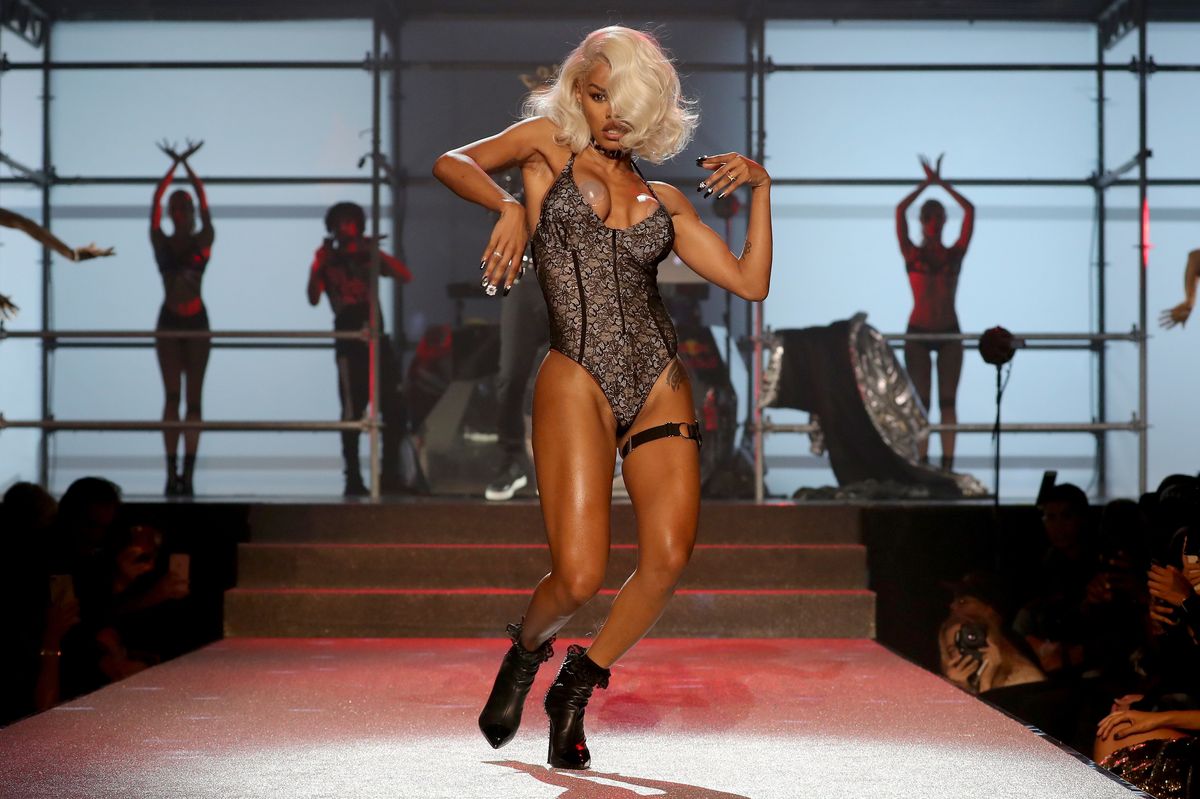 The Met Gala is always a who's who of entertainment, fashion, film and influence. This year's theme, "Camp: Notes on Fashion," championed the extravagant while creating glamour out of what could be considered tacky. Honestly, it's a rather airy and easy abstract concept to misconstrue, but when you know, you know. Although Susan Sontag's 1964 essay "Notes on Camp" was required reading and the basis of the night, Robert Randolph, Jr., Ph.D of educational and cultural studies, pointed people towards Zora Neale Hurston's "Characteristics of Negro Expression," an essay published three decades earlier which outlines the subconscious idiosyncrasies of Black people. That, coupled with writer Shelby Ivie Christie's live analysis of Black Camp, were part of what made people start to realize that certain key players were missing from the night's festivities.

I have a theory that to be a Black American is to be endlessly creative. We've had to make our own interpersonal traditions and trends for hundreds of years, constantly fashioning and refashioning magic from whatever we are presented with. It's an underappreciated skill, really, the incessant phoenix-like rebranding that becomes tiring only if you think about it too hard. In a section from the aforementioned work titled Originality, Hurston spearheads this theory with the following: "So if we look at it squarely, the Negro is a very original being. While he lives and moves in the midst of white civilization, everything that he touches is reinterpreted for his own use. He has modified the language, mode of food preparation, practice of medicine, and mot certainly the religion of his new country, just as he adapted to suit himself the Sheik haircut made famous by Rudolph Valentino."

I hate the idea of Black people as superhuman, because that unintentionally harmful demarcation strips us of our most basic, human components, like feelings and needs. But I do believe that it is fair to say that even our "regular" is mystifying — hence the countless news cycles that have orbited around Black Twitter, Black music, and Black events. Black icons like Josephine Baker and Donna Summer knew Camp on a level that others could only pretend to understand, and were forebearers of a long lineage of Black femme entertainers (Grace Jones, anyone?) who perform Camp with each new reinvention of the self. Below, a few suggestions of women who could've represented and carried on this rich history at the Met:

In 2007, a young Teyana Taylor was featured on My Super Sweet 16, an MTV reality series that showed some bratty,some cool rich kids at their worst and least bridled: during extravagant birthday celebrations. Cars, horses, and celebrity appearances were usually on the list of demand- erm, requests of the teenagers, but Taylor is best remembered for asking her mother for something relatively simple in My Super Sweet 16 canon: a decked out bicycle.

But that doesn't mean that all of her plans were meek. She also requested a coveted custom Heatherette dress, $700 Nikes and an entrance to top all entrances: Teyana was carried into her soiree in a giant Barbie box carried by shirtless men, with her hands in the Star Trek sign and her body frozen. It was the single most Camp cultural moment to hit my preteen years, and I was stunned. Taylor dressed like a retro alien diva, with several G-Shock watches, a dookie chain, and massive, coily hair. Her whole existence then was a wild dream and has only continued in its extravagance and raw glamour, with her iconically sexy starring role in Kanye West's "Fade" video and street-meets-sweet fashion choices. So where was her invite to the 2019 Met Ball?

Of course Missy Elliott is a proponent of Camp as well. Decades of her music videos have taken us to doll houses, medieval times, hotels hosting Ludacris and Trina's liaisons and outer space, while her outfits have ranged from bulky trash bags to marching band costumes. Theatrics are her modus operandi, as evidenced by her rhinestone eyebrows, holographic lips, and literally obsidian skin. But alas, she wasn't there either.

Looking forward to the night's events, I had the fleeting thought that maybe, just maybe, singer Erykah Badu would be in attendance this year. It seemed more than plausible. Badu's head wraps were once the closest thing to the Tower of Babel, and her sense of style has only become more expressive and eccentric as time has gone on, after all. She has found a way to make her spiritual musings into ready-to-wear garments and accents and her dripping grills, a custom "ENERGY REFLECTIVE METAL VEIL FACE MASK" (connected to a septum ring and meant to promote positive speech), and a hefty amethyst ring are true to her brand. The level of self awareness and intention that goes into her style could arguably qualify as the best kind of parody, making her ethereally Camp and refreshing each time.

Kim Kardashian's Manfred Thierry Mugler-designed, neon blue post-Met look was part Cher and part Amphitrite, wife of Poseidon. At first glance though, the ensemble instantly reminded me of Keyshia Ka'oir Davis, makeup and fitness guru and also the sartorially adventurous wife of Gucci Mane. I had seen Davis in a similarly colored latex dress three months prior with bright turquoise, deep finger waves, pointed acrylics and enough ice to pay someone's rent for the next 100 years or so. Her look was just another day in the life of Mrs. Davis, though — she regularly is dressed to the nines and commits to bright color, piles of diamonds and looks that overly accentuate her hourglass shape. Ritzy presentations require time and energy, and it's a shame that Ka'oir was excluded from a celebration that honored her very lifestyle.

I don't let others define Camp for me. I observe, listen and reflect to come up with my own concepts of what is worth my adoration. If you let some people tell it, Camp is a white phenomenon. But honey, it's not. It has a history that runs deep, and the lesser discussed faces of it deserve reverence too. Think of all of the Black women with up-do's and gold teeth, Black men who wore zoot suits and kids with hair full of multi-colored knocker balls and beads. Think of Tierra Whack, Kelis, and Asian Doll. They may not all know the term or the ins-and-outs of what it symbolizes, but it is who they are. Black Camp is alive and well, for always.