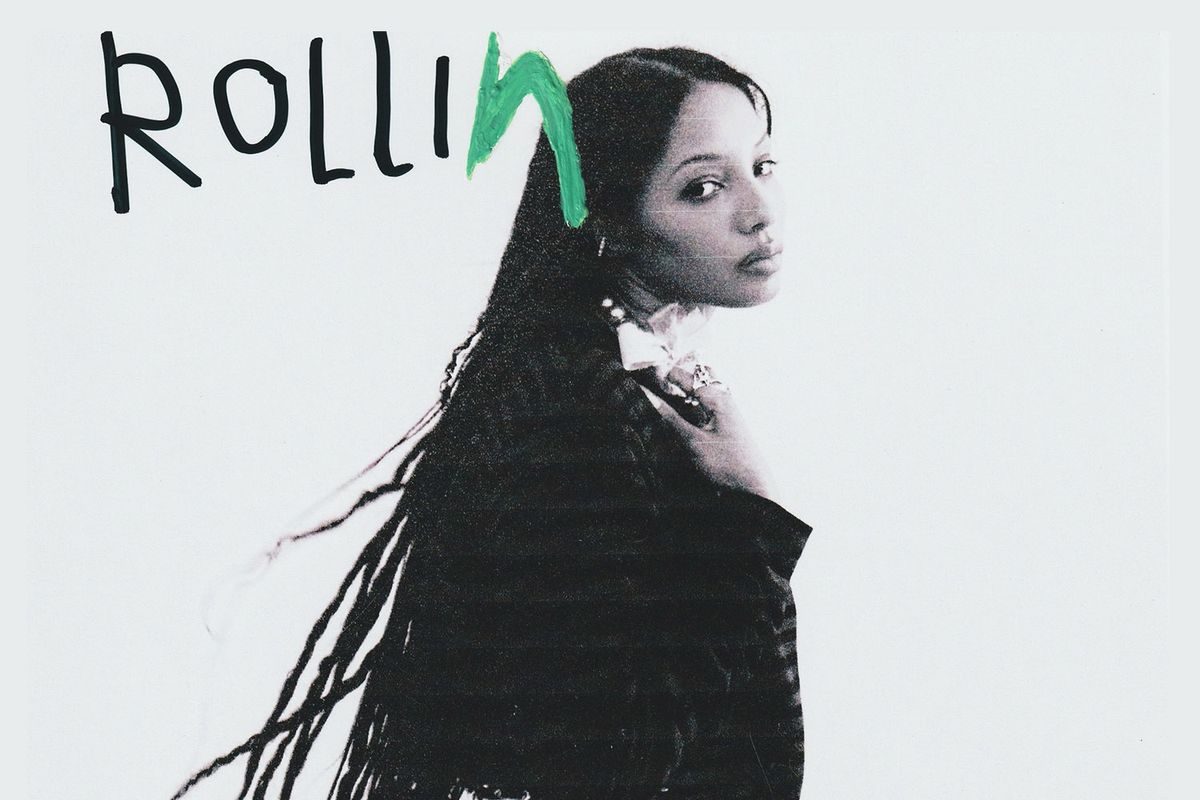 New Release Friday always promises to be a treasure trove of the now and next in music, so leave it to PAPER to comb through obscure and mainstream corners of the internet and bring you the best. I curate this list each week and have specific, yet impossible-to-define taste in music, so who knows what'll pop up here? Kindly adopt the 10 songs, below, as your new favorite children and watch them grow up as you indulge my spiraling over whatever the hell I want every week! Is that too much to ask? Maybe, but thank you in advance. This week, PAPER celebrates Black History Month with songs by global artists across the diaspora.

Diana Gordon mixes muddy trap energy with grunge rock for "Rollin," a song that's meant to rattle speakers and be heard live. It ebbs and flows with Gordon's vocals, which undulate with angst and a yearning to break free of all constraints. Part of what makes each new release from Gordon exciting is just that: she's artistically uninhibited and invites listeners along for the ride.

Mabel's new single, "Boyfriend," opens with a buoyant bass line and snaps, setting the tone for a sassy song that equally pursues love and lust. "I get a little sexy when I'm lonely," she admits, effortlessly blending toughness and tenderness.

This dazzling single from Princess Nokia's Everything Is Beautiful (she dropped Everything Sucks today, too), recalls charming memories from her childhood that feel both specific yet relatable enough to evoke feel-good memories in all of us.

Kash Doll's ambition fuels her first new single since last year's debut album, Stacked. She's in the Bahamas soaking up the sun and counting her blessings while her haters sleep. But the call-and-response of "wake that ass up" and "I'm up!" is just as much a pep talk for dreamers as it is to herself. Kash Doll is her own chief motivator.

Let's be real: a confident, sex positive person is not likely to take insults about their sex lives too seriously. Jhene Aiko (alongside featured artists Future and Miguel) flips the negative connotation of being called a "hoe" on its head by creating a self-empowering acronym standing for "Happiness Over Everything." She's not misguided, she sings, but someone who knows what she wants.

RMR's "Rascal" (sampling Rascal Flatts' "Bless the Broken Road") sort of came out of nowhere yesterday, as viral releases often do, and now it's everywhere. The anonymous musician's oddly charming country-rap debut single is made for the streets, but effectively subverts country tropes of blind patriotism with wit and humor: "This much I know is true," he sings. "I came up and so could you/and fuck the boys in blue."

The new lead single from pop experimentalist Yves Tumor's upcoming album, Heaven to a Tortured Mind, gets a blown-out horn section and an addictive chorus, featuring lines like: "Take it softer/ You know I'm out my mind, girl." While those lyrics hint at a destructive relationship, the song's dynamic push and pull between acoustic reflection and driving drums alludes to a grander, god-sized vision.

Lil Baby's My Turn is a noticeable step up on the whole from the Atlanta rapper. To celebrate his rise in rap's hierarchy, he brings in frequent collaborators like producer Tay Keith and Gunna, who guests on "Heatin Up." The song's addictively manic energy is the result of that excitement, but also signals that the best is yet to come for Lil Baby.

PartyNextDoor's first release of 2020, from his upcoming album Partymobile deals in contemplative silence, as he tells the sad story of being found out for cheating. His regret is palpable in the song's wide open space, which he wisely doesn't fill with anything more.

Burna Boy's first release of 2020 follows last year's African Giant, establishing him as a major voice for bringing Afrobeat to a new global audience. On "Odogwu," which boasts a simple drum pattern and playful guitar and bassline, Burna is contending with his status as a leader (which is what the Nigerian word "odogwu" translates to). Luckily, his penchant for slick harmonies remains as intact and accessible as ever, so there's no chance his crown will slip anytime soon.