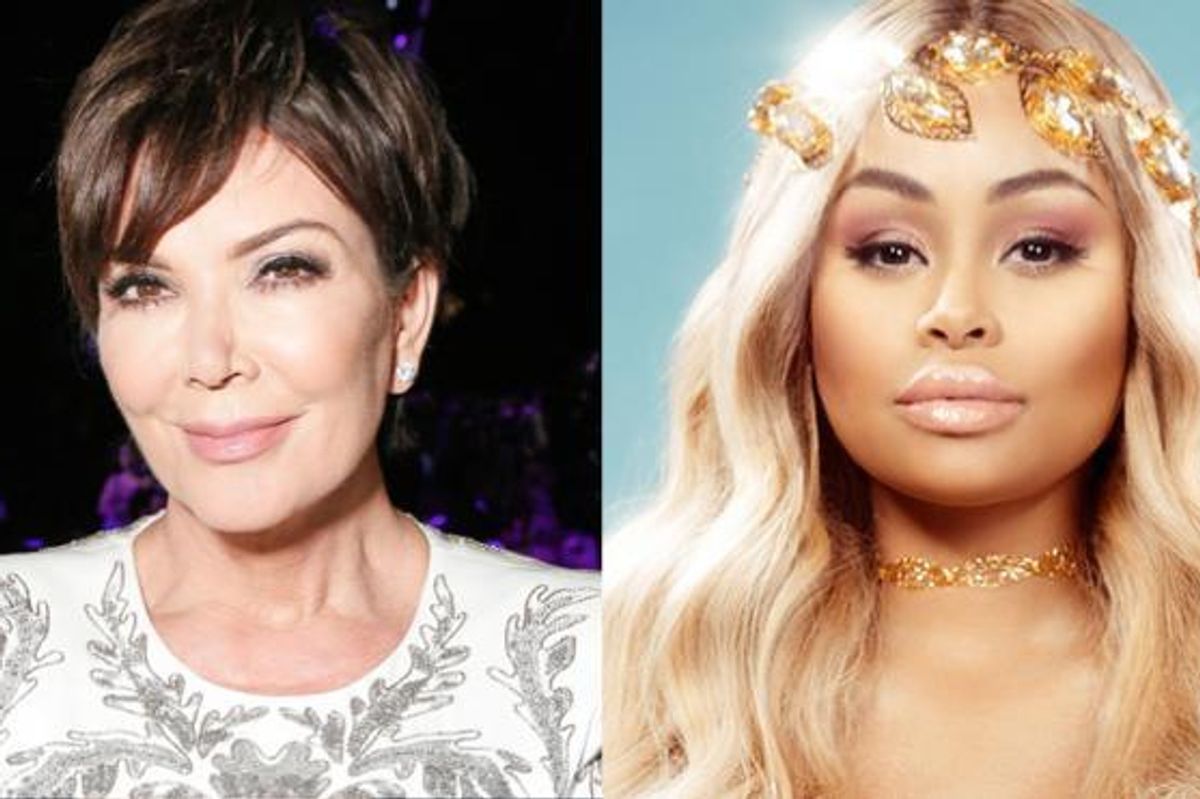 Despite things (ostensibly) cooling down in last weekend's sudden solar flare of a fight between Rob Kardashian and Blac Chyna, Kardashian-Jenner matriarch, Kris, seems to slamming her gold-encrusted scepter onto the marble floor of her palatial Calabasas mausoleum: Blac Chyna isn't invited to her annual Christmas Eve party.

PEOPLE is saying Kris left the mother of her sixth grandchild (baby Dream) off the guest list--part of an assumed concerted effort to wedge Chyna out of the picture.

Rob's family is trying to distance themselves from Chyna. They can't stand the toxic relationship. They very much care about baby Dream though. It's just come to the point when they think Rob is better off without being in a relationship with Chyna.

Header photo via BFA and PAPER