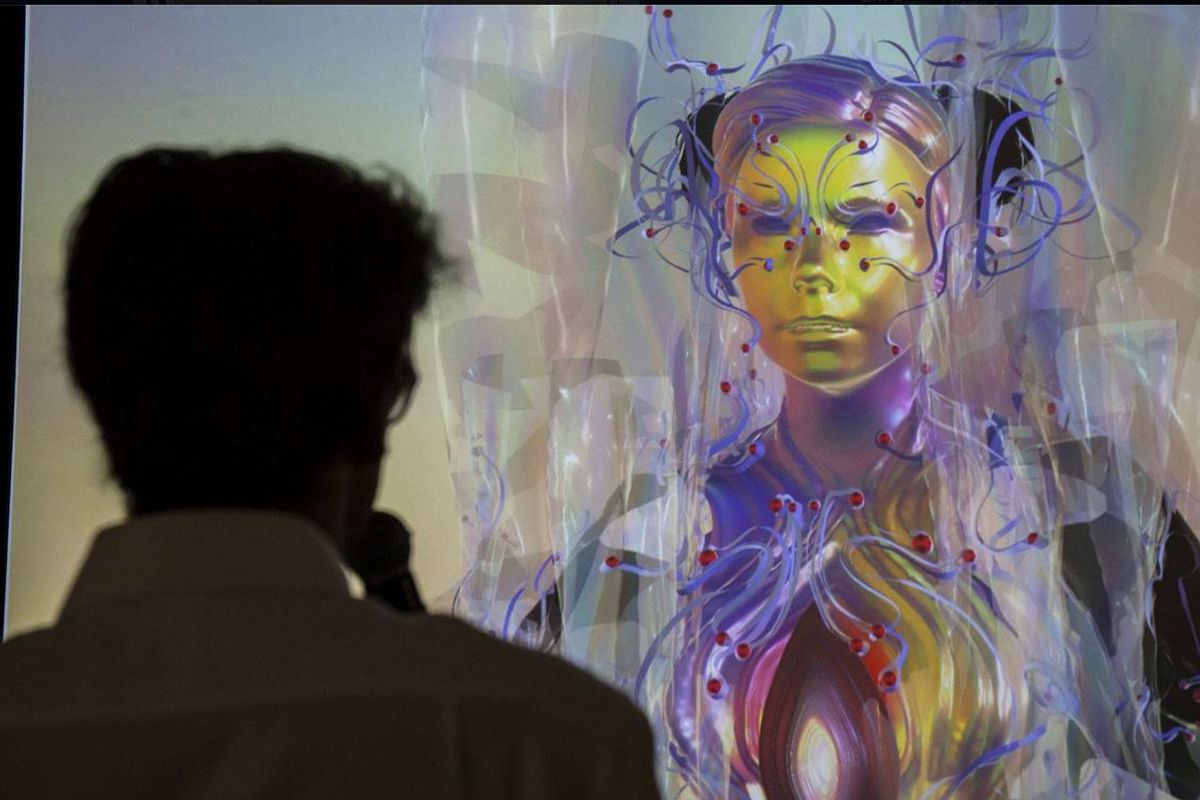 Björk casually demonstrated her supernatural power of being in two places at once, by opening up the London stint of her glorious exhibition while in her homeland of Iceland.


The iconic singer broadcast herself from a studio in Icelandic Media College in Reykjavik into a press conference at London's Somerset House (where her exhibition is being held in), appearing as a motion capture avatar of herself, clad in an otherworldly swath of swirling colors.

Björk took to her Facebook to explain the avatar in her perpetual state of unaffected wonder, reveling in her merging with progressing technology--a partnership that was so heavily featured in her most recent, astonishing album Vulnicura.

When will we canonize Björk as one of the Wonders of the World?