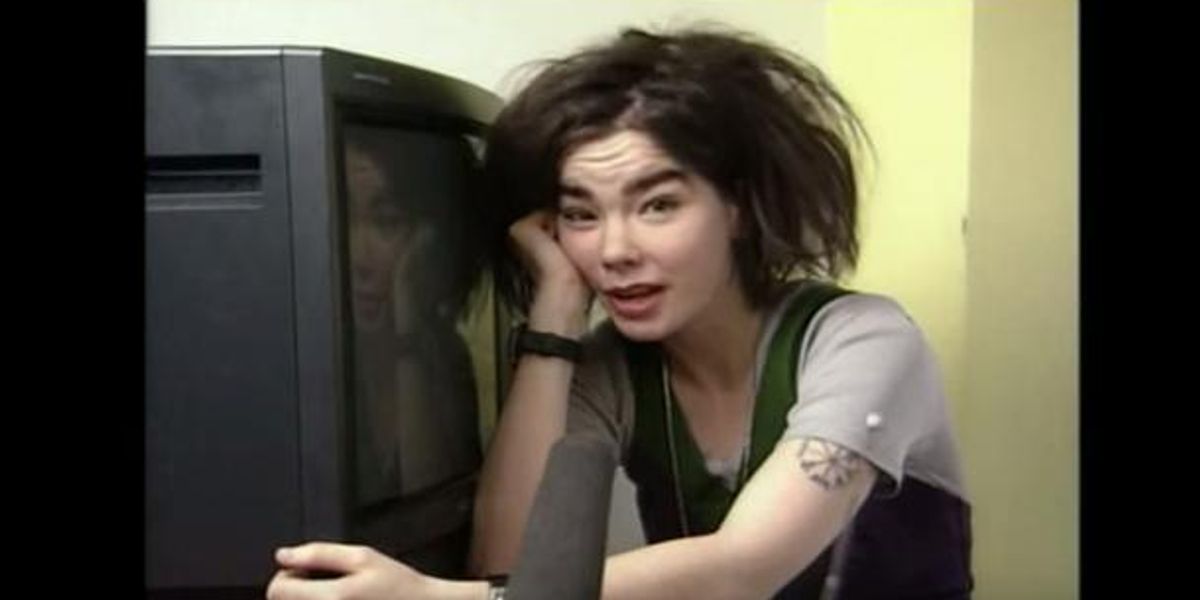 In Honor of Björk's Birthday, Here Is The Best Interview She's Ever Done.

Björk --an emissary from a distant, harmonious future, who was sent back to our nightmare realm to (try to) help us progress--celebrates 50 Earth years today.

The PAPER cover girl has been continually devastating us for over 20 years, and thank god for that.

While it's almost foolish to even attempt to think of her best moments...

...I offer you a divine clip, from an interview with the songstress in 1988.

Then the youthful lead singer of The Sugarcubes (which catapulted her into worldwide stardom), Björk explains to the interviewer what a television is.

She literally opens the TV up, because why would she not?????

Tracing over the various chords and batteries of the television, she coos, "This looks like a city; like a little model of a city. And all the houses, which are here, and streets...(looks at wire) this is maybe...an elevator."

Here is part of her logic-defying monologue.

This beautiful television has put me, like I said before, in all sorts of situations.

I remember being very scared because an Icelandic poet told me that not like in cinemas, where the thing that throws the picture from it just sends light on the screen, but this is different. This is millions and millions of little screens that send light, some sort of electric light, I'm not really sure.

But because there are so many of them, and in fact you are watching very many things when you are watching TV. Your head is very busy all the time to calculate and put it all together into one picture.

And then because you're so busy doing that, you don't watch very carefully what the program you are watching is really about. So you become hypnotized. So all that's on TV, it just goes directly into your brain and you stop judging it's right or not.

You just swallow and swallow. This is what an Icelandic poet told me.

And I became so scared to television that I always got headaches when I watched it. Then, later on, when I got my Danish book on television, I stopped being afraid because I read the truth, the scientifical truth and it was much better.

You shouldn't let poets lie to you.