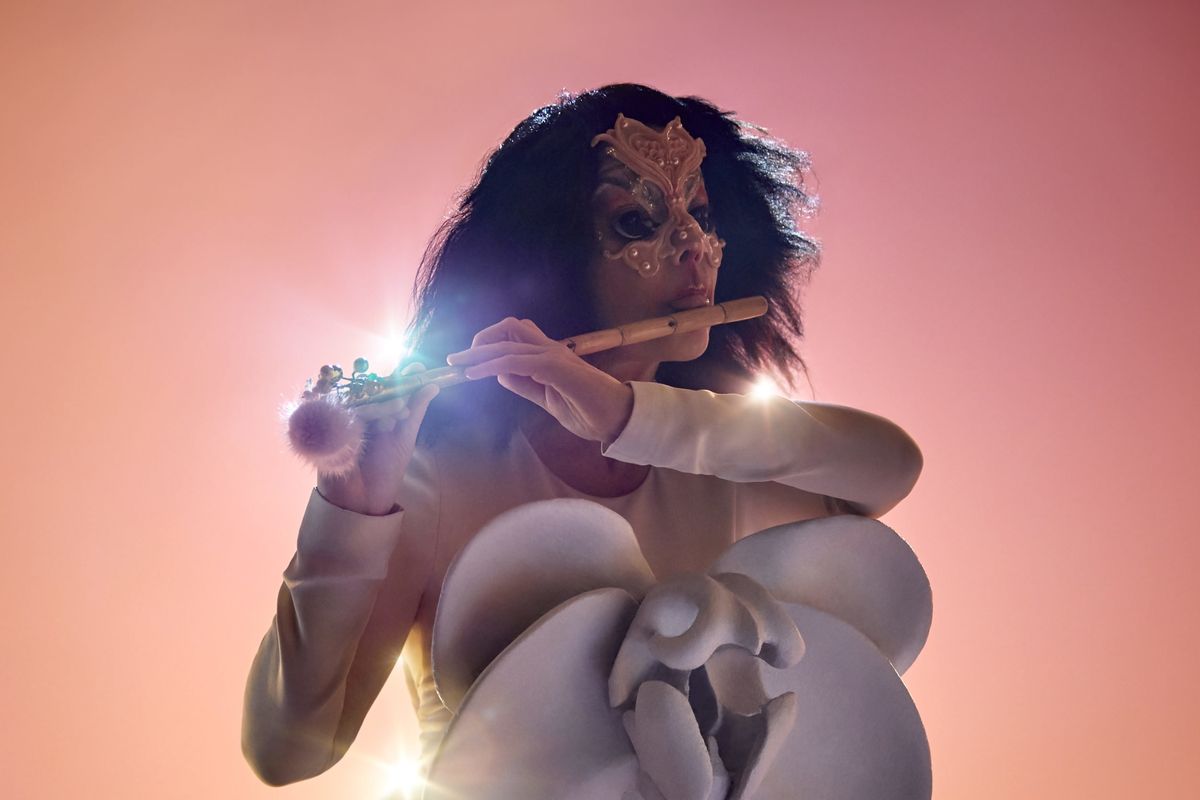 Björk Announces Most Elaborate Show Yet

Celestial being, Björk, has once again emerged from her silken cocoon to announce a brand new live show and it sounds like it may be her biggest production to date.

Debuting alongside the opening of Hudson Yards-situated arts center, The Shed, Björk's new show, Cornucopia, will feature the same seven piece female Icelandic flute ensemble that graced her most recent studio album, Utopia. Björk also will be teaming up with frequent collaborator, artist James Merry, who has been responsible for the singer's many intricately embroidered face masks and Dutch designer Iris van Herpern to create the visuals for the piece.

She has also enlisted the help of director John Tiffany, who has been responsible for Broadway productions such as Once and recently Harry Potter and the Cursed Child, to bring Cornucopia to life. Further details have yet to be announced but, in a statement, Björk said that the show will be her most "elaborate" to date, "where the acoustic and digital will shake hands, encouraged by a bespoke team of collaborators." Whatever strange wonders that may entail, we can't wait to find out.