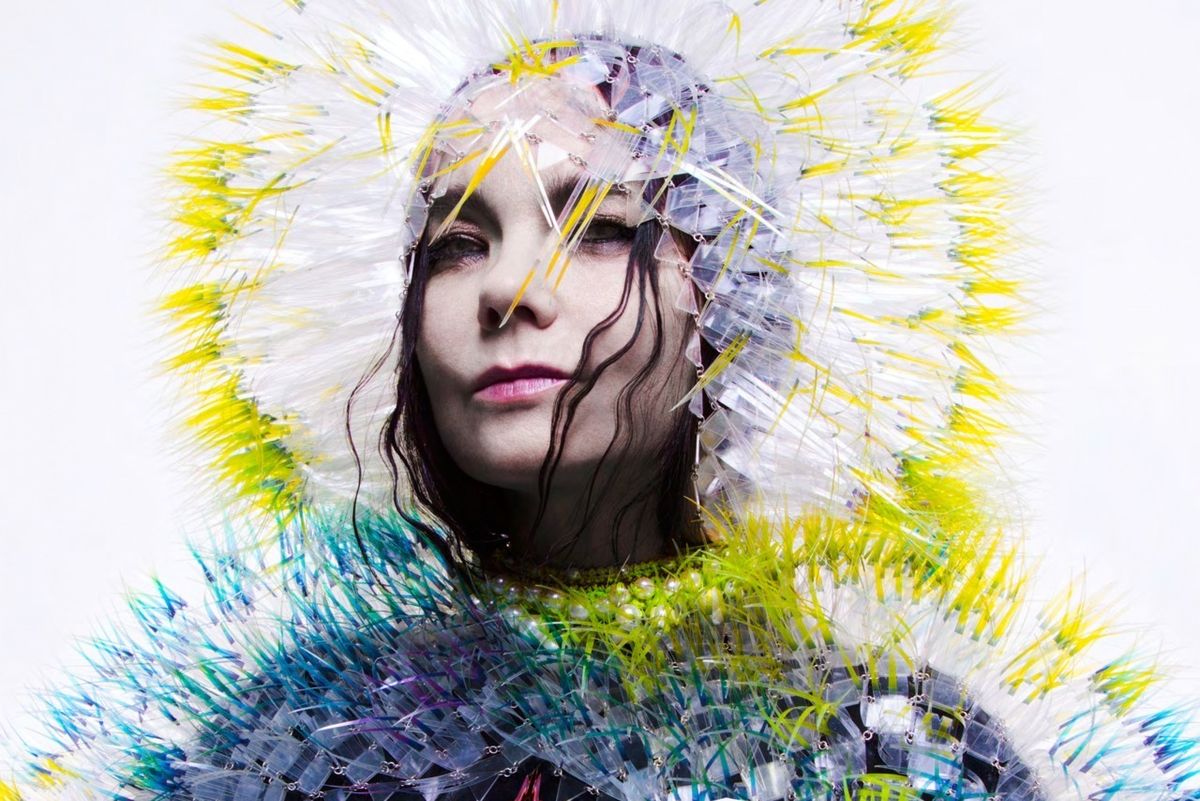 Björk has just called out the media again for the sexist coverage she is still receiving via Facebook.

Explaining that she feels there's "an enormous positive current in the sky , a flow w possible changes," Björk says there's still a huge problem with the media-at-large and the way it handles the work of female artists. Over the weekend, the accomplished artist was apparently DJing at Houston's Day For Night Festival alongside a number of peers and collaborators including Aphex Twin, Arca and Oneohtrix Point Never. However, some outlets ruminated on her choice to DJ rather than perform, which caused her some frustration.

"Some media could not get their head around that i was not 'performing' and 'hiding' behind [decks] . and my male counterparts not," she wrote, explaining that most of the artists on the bill also played "other peoples music" in addition to their own work. "i think this is sexism ."

"women in music are allowed to be singer songwriters singing about their boyfriends," Björk continued. "if they change the subject matter to atoms , galaxies , activism , nerdy math beat editing or anything else than being performers singing about their loved ones they get criticized : journalists feel there is just something missing." She also mentioned that she consciously made the choice to sing about these other subjects on Volta and Biophilia, however, "it wasnt until vulnicura where i shared a heartbreak i got full acceptance from the media."

"men are allowed to go from subject to subject , do sci fi , period pieces , be slapstick and humorous , be music nerds getting lost in sculpting soundscapes but not women," she said. "if we dont cut our chest open and bleed about the men and children in our lives we are cheating our audience ."

Björk then ends the post on a positive note, saying that she knows "change is in the air" and that we can make 2017 the year where the media and society-at-large finally affords women the ability to authentically express themselves in a multiplicity of ways -- or, as she puts it, "the right to variety." A much-needed reorientation of coverage, which we couldn't agree with more. Read her entire note below.