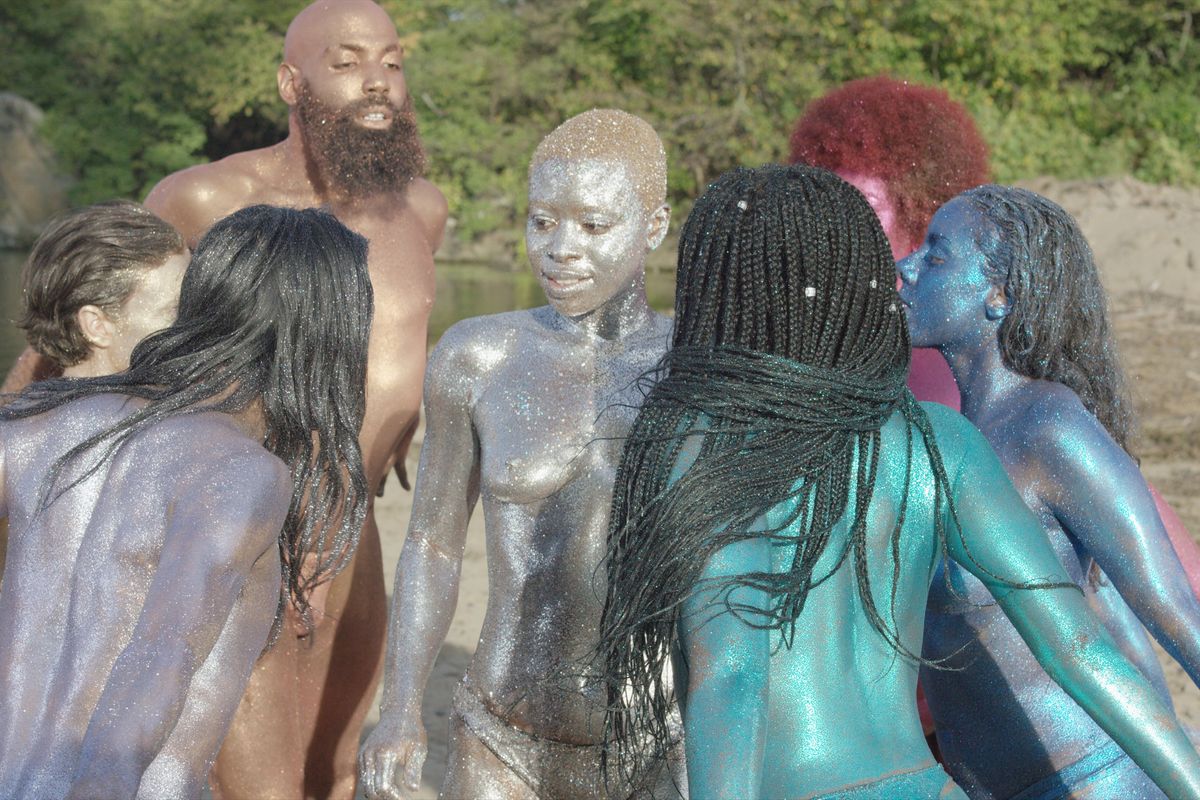 BioGlitz, the woman-owned startup that is dedicated to replacing traditional toxic, plastic glitter with their biodegradable alternative, has debuted a powerful short film to honor Earth Day.

Featuring a range of ethereal dancers, the film imagines a vibrant, inclusive reality where an "isolated, grim world polluted with plastic," is transformed into one "exploding with vibrant color and biodegradable glitter."

The premise of the 4-minute clip is focused on a woman lost on the beach who discovers a discarded tangle of plastic, and in an effort to "undo the harm to earth" tries desperately to pull it out of the ocean.

Realizing the weight of the object is too much, she falls and wakes up surrounded by a number of shiny beings, called the "Glitz Angels." Together they summon a transformation while breaking into a mesmerizing dance, ultimately leading the woman to radiate the same shine and glitter.

Created by Rebecca Richards, Communications Director at BioGlitz along with Brooklyn filmmaker Ernest Davis, the film is an effort to push people to work together to achieve a "sustainable, glittering future of our dreams."

The film concludes with the "Angels" celebrating humanity and disappearing into the sea, relieved the glitter will biodegrade and become a part of the earth again.

"With this film, we imagine a vibrant, inclusive reality where those feeling isolated and overwhelmed by the daunting issue of climate change come together, uplift each other, and spark a revolution to shine powerfully and unapologetically " explain Richards and Davis.

"The power and inclusivity of glitter sparks connections, subverts traditional beauty standards, and blurs gender lines. Made of petroleum-derived microplastics, traditional glitter never goes away. It pollutes our environment, poisons the food supply, and heats the oceans," explains the brand. " BioGlitz believes environmental consciousness drives self-decor. Its mission is to knock down boundaries, preconceived notions of normality, and fuel acceptance with a dash of sparkling color."

To watch the full film click here, and learn more about BioGlitz and its cause here.