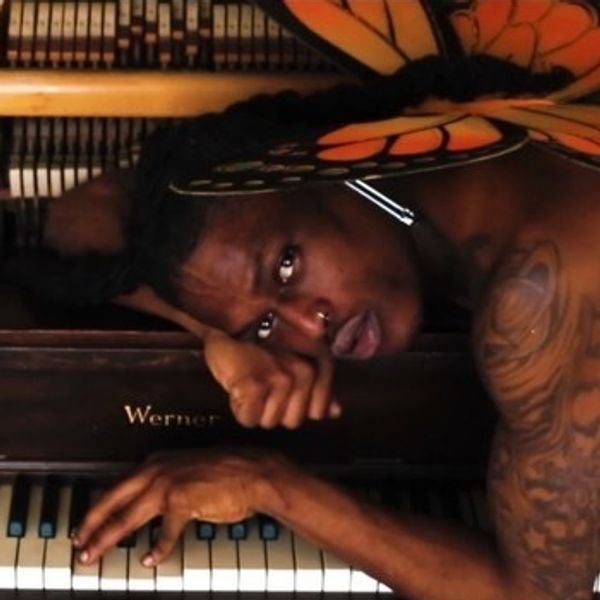 Up-and-coming Houston-based rapper Billyracxx wants to bring more avant-garde aesthetics to hip-hop. Mainly, it's to give fans a sense of what's possible when they dream big and allow themselves to think outside the box. And so the artist, whose sound deftly blends current rap trends with raw emotion, is matched with equally impassioned visuals.

Today, Billy premieres the "Butterfly" video on PAPER, kicking off his upcoming project, Butterflies, Pt. 2, which is a sequel to the first five-track installment he released earlier this year. Over a frenetic beat produced by AGKEYZ and spacey, melodic ad-libs, Billy outlines his desire to stand apart from the rest.

His rhymes, which switch from menacing rasps to solemn pleas in seconds, fuse his experiences of growing up as an underdog in Florida and a dream of luxury and "high fashion streetwear" with a nod to his critics. "They said I wouldn't be here," Billy raps, shrugging them off. Billy created a triumphant butterfly motif that shows people how wrong they are to doubt him, and can seen throughout the video wearing monarch butterfly wings — symbolism for an artist taking flight.

"What fans may not know is that this single is actually the one that inspired the whole feel and direction of the project, that is why i called it 'Butterfly,'" Billy tells PAPER. The video was shot in London and Billy says he "felt like a butterfly" the whole time, as the setting worked naturally with his darker aesthetic tastes.

"Every scene brought the whole 'Butterfly' feel to life," he says. "It made it something people can visually see. That was super important because I want the fans to see how I am, in real life, embodying the whole butterfly idea. Nobody knows what a butterfly sounds like and I [believe I] created that sound and look here."