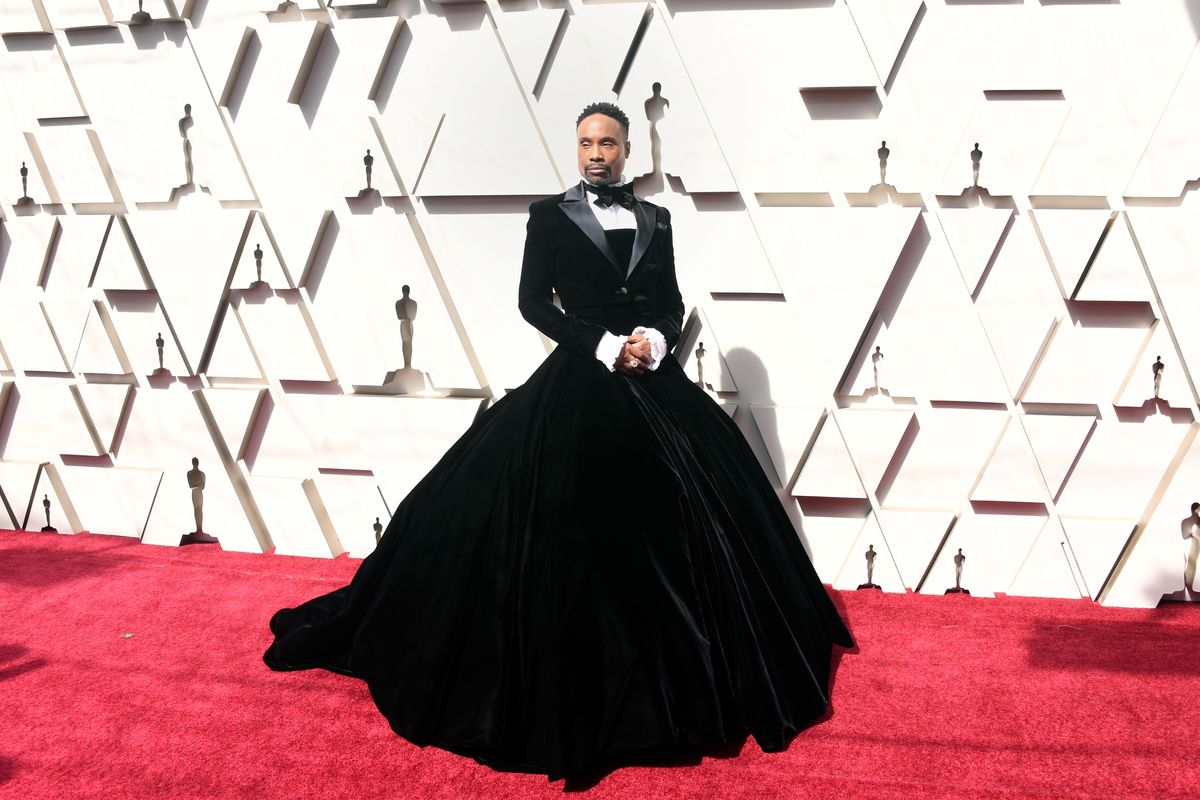 Pose star Billy Porter immediately commanded the 91st Academy Awards red carpet the moment he stepped on. The actor and iconic dresser — who was also named New York Fashion Week's ambassador for men's fashion — showed up in a stunning velvet tuxedo-gown piece by Christian Siriano, and it is EVERYTHING.

Before the red carpet parade began, Porter posted a tease on Instagram, saying, "The Category Is: OSCARS RUNWAY COUTURE. Are ya'll ready for the 91st Academy Awards?" The actor also said he'll be interviewing stars alongside journalists Maria Menounos and Elaine Welteroth for ABC's pre-show coverage — so the outfit definitely won't be wasted.

Porter showed up with his long-time partner Adam Smith, and definitely turned heads with his ever-gender-construct-breaking looks. His choice of designer was definitely a great pick, given that Siriano is also known for embracing size and gender inclusivity in his designs.

This isn't the first time Porter's worn a dress for a red carpet event. He also wore a long marigold Calvin Klein gown, with a marching blazer to boot, at the American Film Institute luncheon in January. He's also donned other dresses, and even more daring fashion choices, for galas and events before. The actor never seems to have a dull fashion moment.