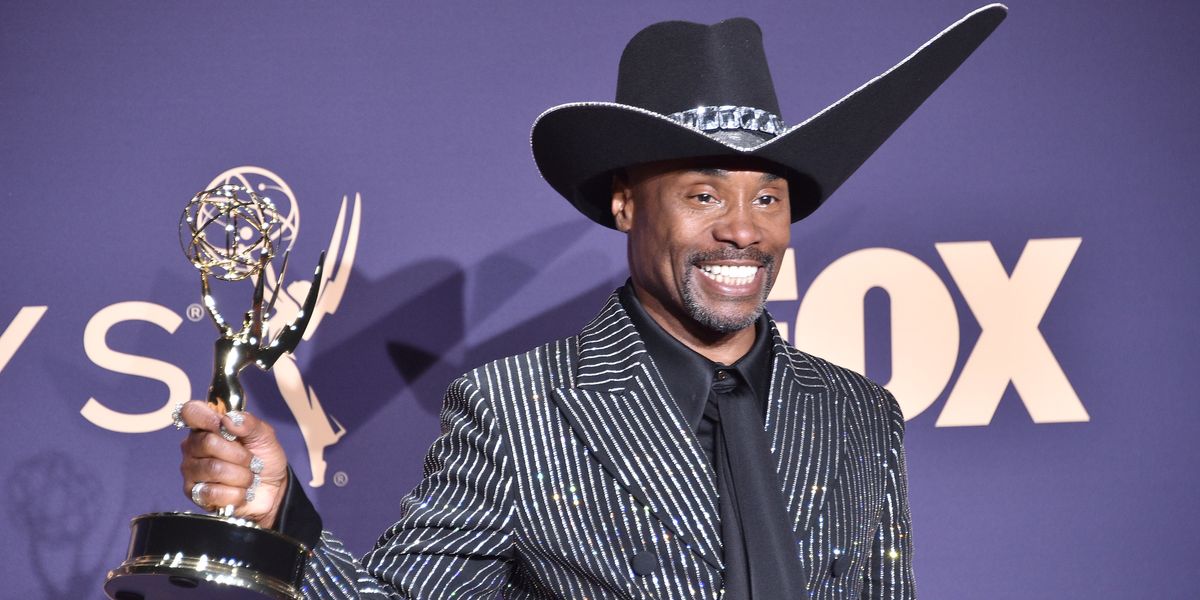 After becoming the first openly gay Black man to secure an Emmy nomination in the Best Lead Actor in a Drama category, Billy Porter made history last night by winning the statue. The Pose actor was up against fellow TV heavyweights Kit Harington, Sterling K. Brown, Bob Odenkirk, Jason Bateman, and Milo Ventimiglia.

The memorable episode submitted for Porter's nomination sees his Pose character Pray Tell, who is HIV positive, perform at an AIDs benefit. Long beloved in the theater world, Porter is a breakout star from the beloved series about NYC ballroom culture. He and his fellow cast members were highlights of the red carpet. (Pose was also nominated in the Best Drama category, but lost out to Game of Thrones, which had a huge night.)

Wearing a crystal-studded Michael Kors couture suit, with an incredible Stephen Jones hat inspired by My Fair Lady, Porter drew applause when he told the crowd that his category was "all love." He also quoted James Baldwin in his acceptance speech — specifically the inspirational 1960 essay about student civil rights protests "They Can't Turn Back."

"'It took many years of vomiting up all the filth I'd been taught about myself, and half-believed, before I was able to walk on the Earth as though I had a right to be here,'" he told the star-studded audience. "I have the right. You have the right. We all have the right."

Porter is now well on his way to an EGOT. He already has a Best Actor Tony for Kinky Boots, and a Grammy for the cast album of that production. One easy Oscar and he's good! Congrats.