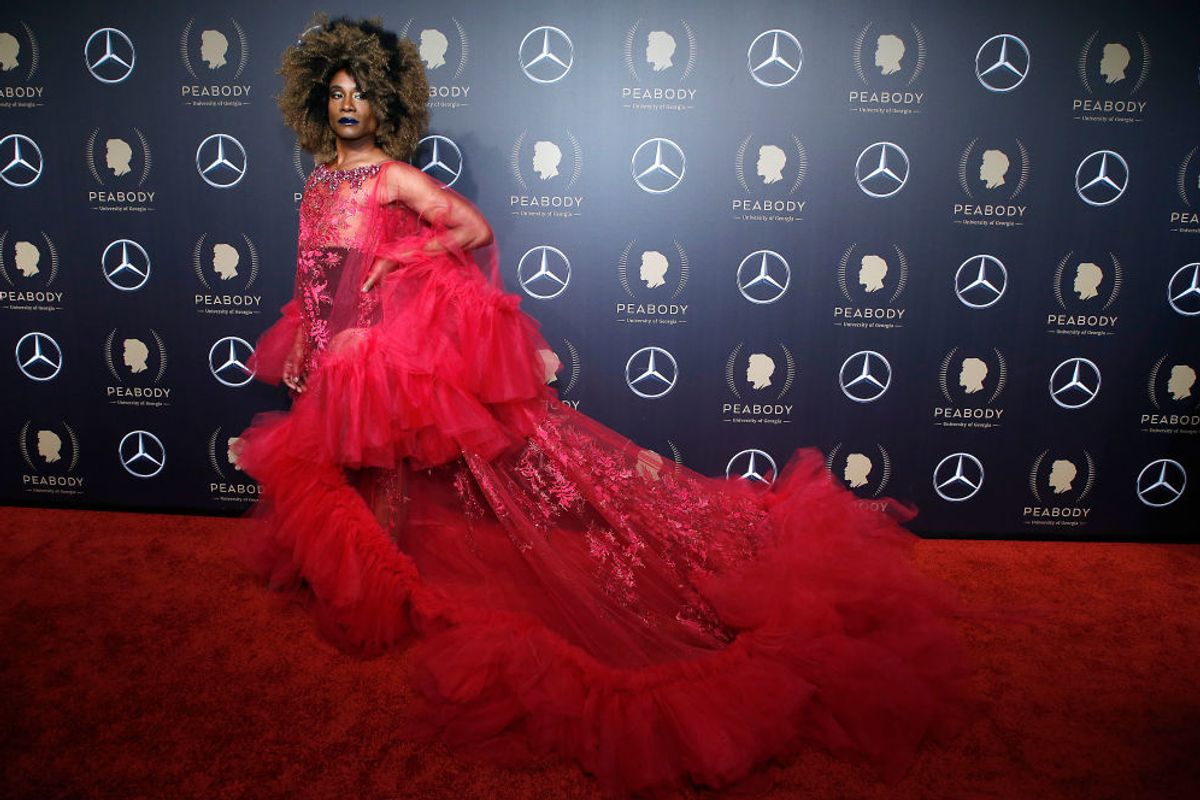 For last night's 78th annual Peabody Awards event in New York, Pose star Billy Porter used the red carpet yet again to convey an important message — this time about queer visibility and sustainability. Porter was present with fellow cast and crew to received an entertainment honor; the Peabodys are awarded to media programs that positively influence society through diversity and impactful storytelling.

And doesn't Porter have quite the story to tell. In advance of Pose's highly anticipated second-season return on June 11, he turned up — and turned heads — last night in a Valentine-colored, leg-baring embroidered tulle gown by Celestino Couture. (And don't even get us started on that amazing disco diva wig!) The label, created by designer Sergio "Celestino" Guadarrama, uses up-cycled materials for its clothes as a means to reduce environmental waste.

To ensure that the clothes are as eco-friendly as possible, Guadarrama produced them in the U.S. Additionally, 10 percent of all proceeds benefit anti-human trafficking initiatives. Creative director Sam Ratelle, who styles Porter for many an eye-catching moment, including that Met Gala experience, tells PAPER that the collaboration with Celestino was a mutually fortuitous one.

"We absolutely love their work as it's strongly rooted in couture," Ratelle says. "When we learned they use up-cycled fabrics and organic materials, recognizing that fashion and the environment have to coexist, it only made it more desirable for us to collaborate."

Ratelle also says that Porter and Celestino Couture will likely team up for future awards-show looks, including at the 73rd annual Tony Awards next month. The gown Porter wore at the Peabodys was but a preview of what's to come.

"It was such an important event for Pose to be recognized at, given the Peabodys' celebration of programming that demonstrates how media can defend the public interest, encourage empathy with others, and teach us to expand our understanding of the world around us," Ratelle explains. "Just like Celestino is doing with their intent to use eco-friendly materials."